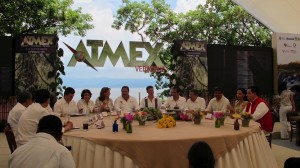 Special thanks to ATTA Member photographer Kristen Gill, photos in this article.

The Adventure Travel Trade Association partnered for the first time with Veracruz Tourism Board and CPTM to bring “Adventure Travel Mexico, Veracruz 2012” (ATMEX 2012), a combined adventure tourism trade and consumer show focusing on Mexico, to Boca del Río from September 5 to 8th. The inaugural show was successful in gathering 15 Mexican states, 180 international buyers and media and 578 supplier exhibitors together to network, partner and learn from both national and international presenters on safety, standards, media and public relations, sustainability and more. The event, which played host to more than 2,000 scheduled meetings, is expected to surpass its projected economic benefit for the region for a total of  200 million pesos.

The concept for the event was originally conceived at the 2011 Chiapas Adventure Travel World Summit, where international leaders in adventure tourism connected with their Mexican hosts.

“We met with Secretary Guevara’s team before the Summit in Chiapas and asked ourselves as a group, ‘How can we carry forward the momentum of opportunity and interest in Mexico in this critical sector following the 2011 Summit?’ And ATMEX was our answer – put on a Mexican Adventure event that only showcases Mexico to the world and continues to build the relationships and momentum!” said Shannon Stowell, President of the ATTA. “We believe in Mexico and its ability to deliver an incredible adventure experience, whether it be rustic, luxurious or anything between.” 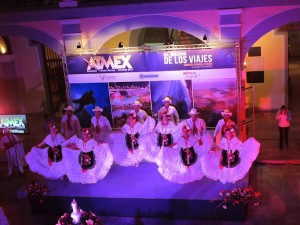 ATMEX was realized less than a year later, drawing over 20 international speakers and multiple local and national Mexican authorities on tourism.

Gloria Guevara Manzo, head of Mexico’s Tourism Secretary, addressed Shannon Stowell, representing the ATTA and global adventure tourism industry during the event’s inauguration, saying “Thank you for your friendship, for your support to Mexico and the Mexican people. Thank you for what you´ve done for our country, and thanks to the ATTA for helping us to show what we have.”

ATTA President Stowell spoke several times at the event, including giving an update on the global state of adventure tourism, which presents unique opportunities for countries rich in culture and environment like Mexico, since it sees a worldwide growth rate of 16 percent annually versus the more modest four percent seen in the traditional tourism industry. He noted that, “While the industry is smaller, adventure travel drives higher revenue overall,” citing that only 10 percent of traditional resort tourism revenues remain in host destinations, whereas as much as 65 percent of adventure tourism money goes back into the local communities. Stressing the importance of authenticity and transformation as major consumer  trends, he added, “Adventure travelers now consider culture to be a key part of the adventure experience.”

“The number one channel is always word of mouth – that is your number one opportunity.”

Stowell also divulged the detailed results of a survey of ATTA member buyers of their perceptions of Mexico and its tourism product, undertaken specifically in preparation for ATMEX, which revealed that of those who are not currently offering Mexican product, almost 70 percent would be interested in offering it or learning more. Stowell stressed that national campaigns and individual operator marketing were only part of the solution to overcoming local stigmas and challenges in selling destinations but asserted that suppliers must individually change the image of Mexico through their high quality product and by embracing rising standards of quality, safety and professionalism.

“The number one channel is always word of mouth – that is your number one opportunity. I have been amazed by all my incredible travels travels to Mexico and beyond, at how many operators miss the opportunity to help me tell his story after the trip. You should take and provide photos and video to guests, put them on Facebook and social sites, stay in touch and ask for referrals. Make your #1 marketers – your happy customers – work for you.” 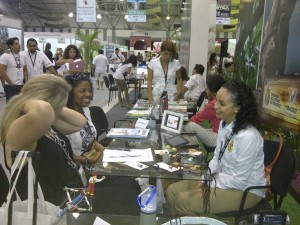 The event’s design helped embody this goal, as positive feedback from international buyers and media who attended FAM trips prior to ATMEX has continued to show up via blogs, Facebook, Twitter and emails in the weeks since:

Blog posts around the event: