The third AdventureNEXT Near East event was held from 1-3 April 2019 at the Hyatt Regency Aqaba Ayla Resort in Aqaba, Jordan’s southernmost point. A diverse group of 270 local, regional, and international delegates participated in the event.

Reflecting on AdventureNEXT Near East 2019 from a top-down perspective, this year’s event demonstrated extraordinary growth on all fronts. In fact, looking back over the past three years and building a holistic picture of AdventureNEXT Near East’s journey in Jordan and the Middle East-North Africa (MENA) region, there are so many stories, anecdotes, connections, and milestones worthy of sharing.

In October 2009 — nearly 10 years ago — Malia Asfour, director of Jordan Tourism Board North America (JTBNA), spoke at the Adventure Travel World Summit in Québec, Canada, about Jordan’s continued focus on long-term plans to responsibly and sustainably develop its tourism industry. During the same Summit, Asfour and Shannon Stowell, CEO of the Adventure Travel Trade Association (ATTA), discussed the prospect of inviting the adventure travel trade community to Jordan for a similar industry event. Soon after, that aspiration became a compelling vision that was equipped with bold ideas, big goals, and seemingly impossible dreams. Together, the JTB and ATTA formed the bedrock for the future of adventure travel in the MENA region.

“That aspiration became a compelling vision that was equipped with bold ideas, big goals, and seemingly impossible dreams.”

During the first two AdventureNEXT Near East events (in 2017 and 2018), international buyers and media participated in local adventures, learned about professional opportunities in the MENA region, and fostered relationships that continued to flourish during this year’s event. Like previous years, AdventureNEXT Near East 2019, kicked off with several Pre-Adventures hosted by Jordan and funded by Jordanian Action for the Development of Enterprises (JADE). The 11 diverse Pre-Adventures, organized by nine tour operators, gave 58 buyers and 30 media from around the globe a chance to immerse themselves in the culture, history, and adventure activities that make this corner of the world special.

Buyers and media brought a sense of appreciation and joy from their Pre-Adventures to the main event, eager to share their stories of immersion and exploration into a new culture. With this enthusiastic energy in the air, the opening evening kicked off with a powerful keynote address delivered by Celine Cousteau, founder and executive director of CauseCentric Productions, that immediately unlocked delegates’ minds as they began considering the social and environmental impacts their businesses have and how they can create value to their communities.

Cousteau’s inspirational words continued to percolate and coalesce over the next two days as delegates participated in the multifaceted event. They discussed ideas and industry challenges during educational sessions, and they continued to develop professional connections during the popular Marketplace gathering, where buyers and media met with 42 regional suppliers over business meetings. Networking continued in spare minutes throughout the day and during social events in the evenings throughout Aqaba. 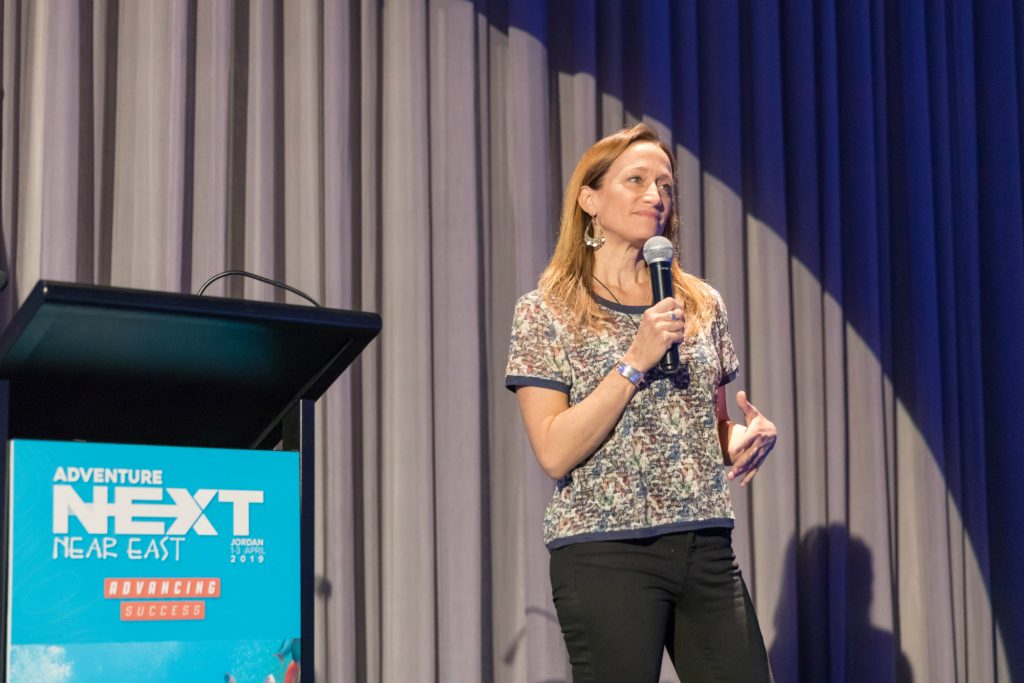 Celine Cousteau inspired delegates to think about how they can continue to grow their travel businesses in a sustainable manner. © ATTA / Border Free Travels

Fittingly, the two-day AdventureNEXT Near East event concluded with a keynote address by Samie Al-Achrafi, who is considered a global thought leader on business values and culture. With a host of accolades and awards to his name for his influence and leadership, Mr. Al-Achrafi, the CEO of Marmalade Fish, understands the power of profit with purpose. “The shift is from ego to ecosystem,” he told delegates. “It’s not about being the best in the world, but being the best for the world.” In his closing statements, Stowell echoed this sentiment and called upon the regional community to keep working creatively so the region can continue to grow.

A month after our third AdventureNEXT Near East, I’m reminded of Nelson Mandela’s famous quote: “It always seems impossible until it’s done.” Ten years ago, we couldn’t have anticipated how much the industry would grow, and yet we’re now in a position to reflect upon all we’ve learned. I’ve had a chance to re-examine the impact these events have had, key learnings from this experience, the region’s current position in the adventure travel marketplace, and its outlook for the future. As the ATTA’s executive director for the MENA region, I’ve been closely involved with this journey, and I would like to share these insights with the adventure travel industry.

Though every delegate who participated in one of AdventureNEXT Near East events over the past three years caught a snapshot of the MENA region’s deep hospitality and rich adventure travel opportunities, I wish all of them could have attended all three events and witnessed the cumulative results of the positive growth and development of the adventure travel industry in Jordan and the surrounding area. There is no denying the fact adventure travel yields powerful social, cultural, economic, and environmental impacts, and the available data in other destinations where the ATTA has held events supports this belief.

The stakeholders in Jordan from both private and public sectors were aligned in their vision, and their collaboration created a unique identity for Jordan, which used to be considered a trip extension for itineraries throughout the MENA region. Regional destinations and key donor agencies (USAID-BEST, LENS, and JADE) developed successful, inter-organizational partnerships and engaged in meaningful collaborations that positively impacted the country as a whole. Together, these stakeholders collectively supported Jordan’s journey to become the “hub of adventure travel” in the region. 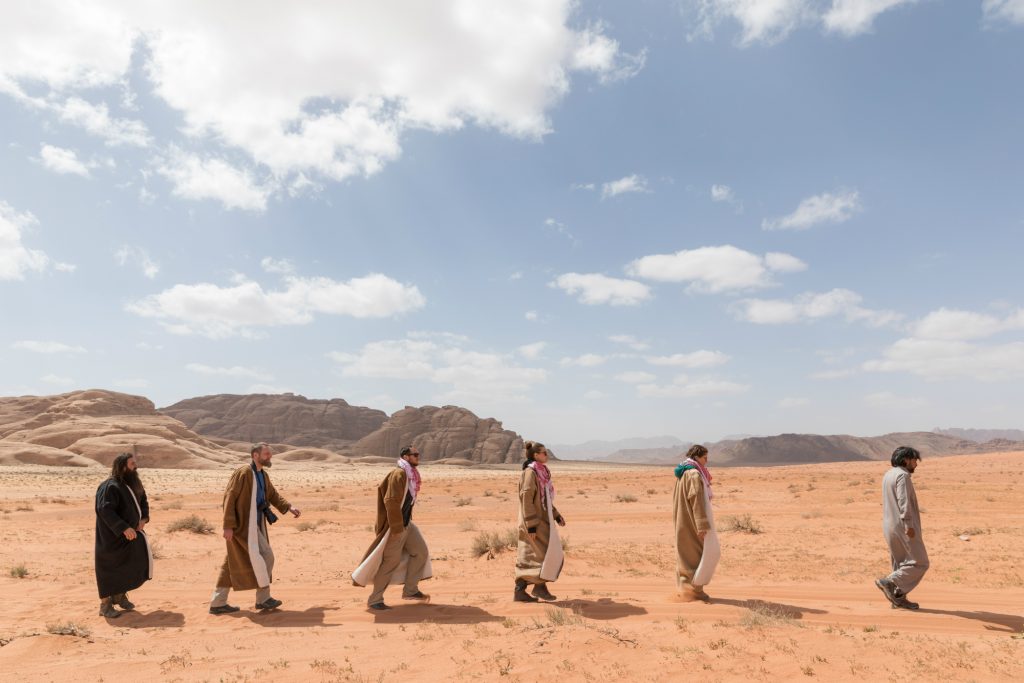 What started as an idea to help Jordan sustainably build its adventure travel industry several years ago has resulted in a series of successful events that have done just that. © ATTA / Border Free Travels

It’s also worth noting Palestine’s participation in AdventureNEXT Near East over the past two years. In both 2018 and 2019, buyers and media participated in a Post-Adventure to Palestine, which further highlighted the region’s unique character and also demonstrated the determination in changing Palestine’s narrative as an adventure travel destination. I applaud the destination’s interest and investment in building a positive image of its brand.

A great amount of effort was put forth not only to host AdventureNEXT Near East but also develop the adventure travel industry in Jordan and beyond over the past three years. As we enter 2020, we are confident this work offers a great window of opportunity for the MENA region to continue creating value for stakeholders with a focused approach of enabling environments by working with new like-minded partners. Given what we’ve learned since embarking on the AdventureNEXT Near East journey, we’ve identified key success factors for harnessing the collective potential of a destination, and we hope to share these with new partners moving forward:

It’s also important to think beyond tourism industry stakeholders. Tourism is a multifaceted industry that, by its very nature, tangentially impacts many other industries. Given the broad array of economic and social benefits adventure travel provides, when residents buy in and believe in the destination’s vision, they become advocates, too. 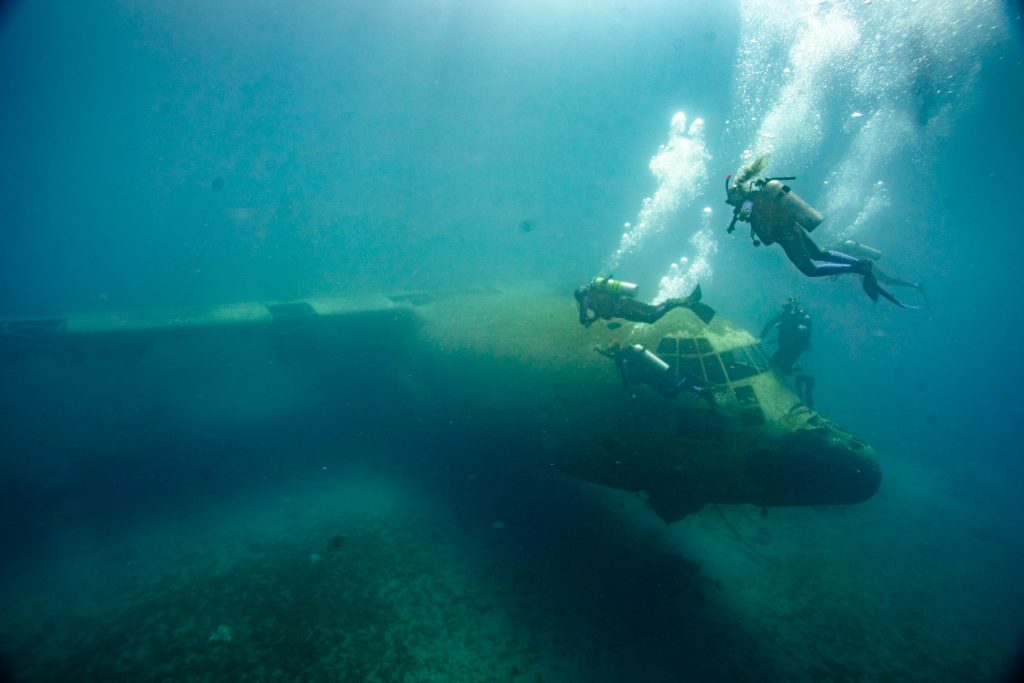 Over the past three years, AdventureNEXT Near East has helped solidify Jordan as a regional adventure travel hub. © ATTA / Rupert Shanks

Ten years ago, when Asfour and Stowell talked about what this series of events could look like and the impact it could have on the region, those conversations planted the seeds that have flourished beyond what we ever could have imagined. I look forward to watching the MENA region continue to prosper with purpose in the years to come.