The convergence of adventure travel industry professionals and media delegates from 33 countries at AdventureNEXT Near East held in Jordan 7-9 May 2018 marked another step in the country’s evolution as the adventure travel hub of the Near East region. Since the Adventure Travel Trade Association’s (ATTA) first interactions with Jordan’s nascent commercial adventure industry in 2008, the adventure sector in the country has continued to capture the attention of global travel trade. In fact, according to the country’s tourism minister, 40 new travel itineraries have been created since AdventureNEXT Near East 2017. Combine this with the expanding array of global partners, and changes both large and small are evident throughout the country. 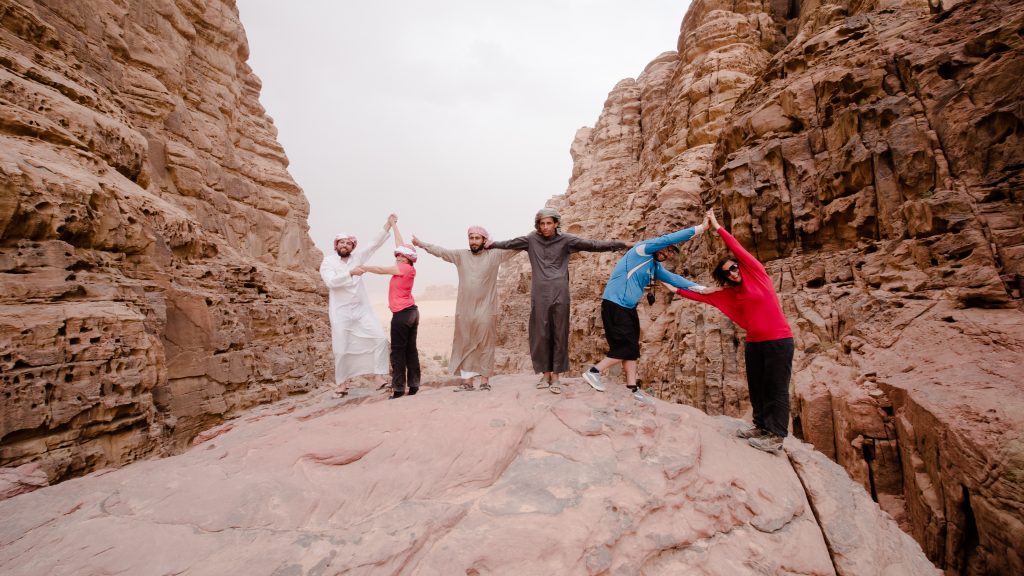 Nearly 100 AdventureNEXT delegates participated in Pre-Adventures, fanning out across the country to visit little-known villages and well-known icons such as Petra and Wadi Rum from Jordan’s northernmost borders to those in the south. Across all adventures, the common theme clearly was the remarkable hospitality shown to visitors. Along with the many return delegates, 128 delegates attended the AdventureNEXT event for the first time.

Keynote speakers and session facilitators emphasized the AdventureNEXT Near East theme, Empowering Connections, in a variety of ways. Opening speaker Leon McCarron shared stories from his five-month long walk from Jerusalem to Mount Sinai by way of the West Bank, Jordan, and the Sinai peninsula, culminating in a touching moment of connection, when, after hearing his tale, a Bedouin man and his son asked if they could wash his weary feet.

Tracy Edwards, an incredible storyteller with a true performer’s sense of comedic timing, received a standing ovation with her riveting story of leadership, teamwork, and the benefits of empowering women and girls. Her personal story of meeting and working first with King Hussein I beautifully illustrated the importance of a team connected by trust and empowered to act. And closing the event, ATTA CEO Shannon Stowell spoke about the responsibility industry professionals have as they connect with each other and the singular opportunity adventure travel businesses have to touch travelers’ hearts and minds and, in so doing, be a catalyst for behavior changes that can benefit the world.

Overcoming Regional Stereotypes With Product Design, Marketing, and Sales, a workshop led by Jack Delf, demonstrated the responsibility travel professionals have in helping tourism develop in those parts of the world plagued by misguided perceptions and interpretations. Mike Brcic’s session, Content Marketing for Adventure Travel Operators, which provided actionable advice for delegates, was also particularly popular.

Based on discussions in the sessions, during networking breaks, and over dinner, one fact emerged: Commercial adventure travel is rapidly capturing the imaginations of mainstream or “mass” tourism audiences. Speculation on what is driving adventure’s diffusion into the mass market touched on “Instagram culture,” which delivers beautiful imagery of hidden places to new audiences at rapid speed, as well as the combination of lower air travel costs and rising middle-class buying power in many countries.

One of the most productive components of AdventureNEXT Near East was the Marketplace, where delegates participated in pre-arranged one-on-one meetings establishing professional partnerships. Suppliers reported positive feedback from the 693 meetings in which they participated — more than double the Marketplace meetings that took place last year at AdventureNEXT Near East 2017. 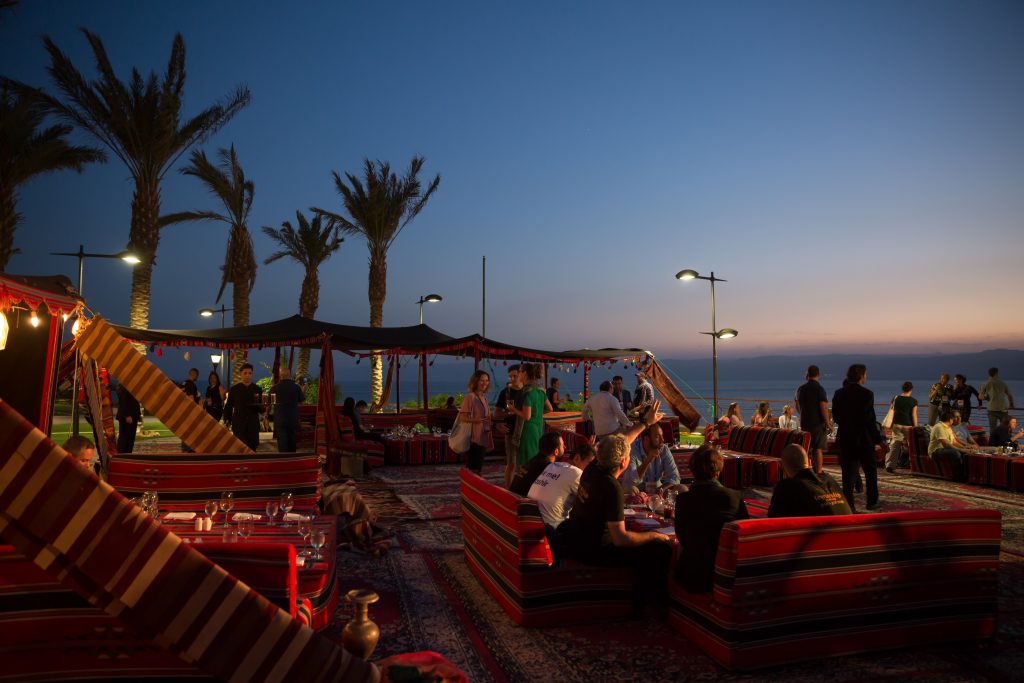 AdventureNEXT Near East was held immediately above the Dead Sea, providing some special moments for evening festivities. © ATTA / Hassen Salum

Thirty-four international media delegates attended the event for inspiration and story ideas, and they also had an opportunity to connect with each other at their own private networking session. Travel journalists, editors, and influencers from Australia, Austria, Brazil, Canada, France, Germany, Italy, Mexico, the Netherlands, the United Kingdom, the United States, Sweden, and Spain shared challenges and opportunities within the media industry and collaborated on ways they could support each other to further their work covering adventure and sustainable travel.

Jordan Tourism Board was the main partner and official host of AdventureNEXT Near East. The event was also made possible with the help of many sponsors. The ATTA is particularly appreciative for assistance provided by gold sponsors Masar Ibrahim and HILTOA as well as destination showcase sponsor/silver sponsor Ras Al Khaima Tourism Board. Additional sponsors include USAID-BEST, USAID-LENS, AYLA, Petra Development and Tourism Region Authority (PDTRA), Marriott Hotel, and RSCN.