Advance preparations are well underway between the Adventure Travel Trade Association (ATTA) and Toscana Promozione to reveal a largely unknown side of one of Italy’s most romanticized classical tourism destinations during AdventureWeek Tuscany 10-17 September 2017. 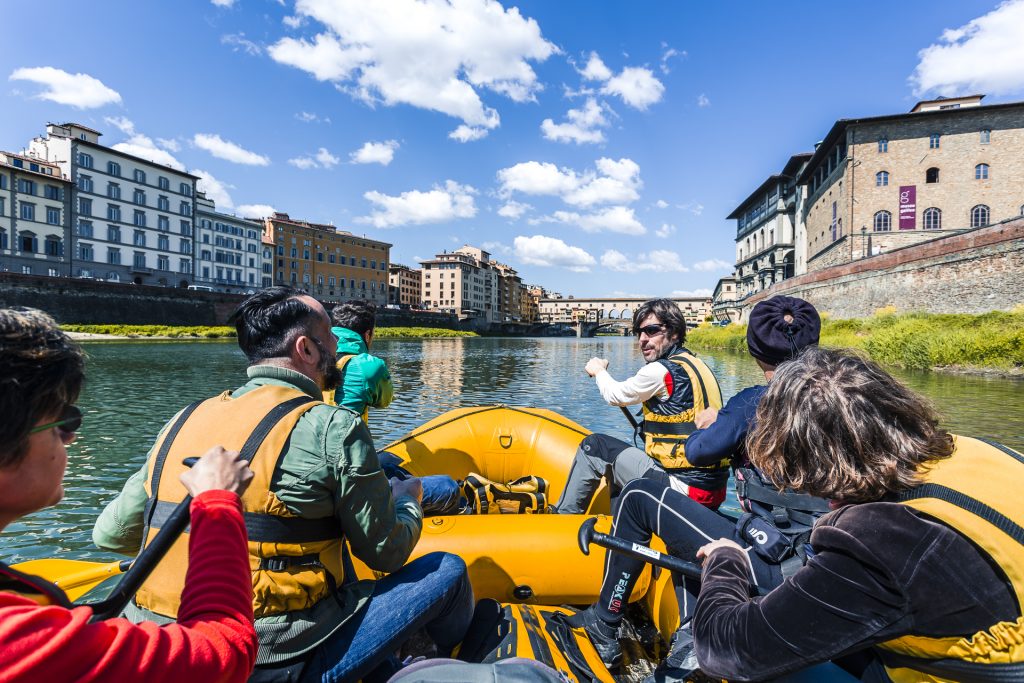 Travelers get a different perspective of Tuscany from the water. Photo © Lukasz Warzecha / LWimages

In April, 10 extremely full days of ATTA reconnaissance revealed a very real challenge: Which of the copious, easily accessible, and commercially viable adventure experiences should Toscana Promozione Turistica showcase for international outbound operators, advisors, and journalists who may believe they already “know” Tuscany? The ATTA’s advance visit also revealed unexpected quality, depth, sophistication, and readiness among local suppliers to gear up for and participate in AdventureWeek, as well as AdventureConnect gatherings and the preparatory AdventureEDU set for 8-9 June.

As previously reported in AdventureTravelNews, Tuscany is considered among Italy’s top tourism boards, but it is on a mission to draw more attention to its rural adventure tourism assets. This includes opportunities in and by the Tyrrhenian Sea, within the Apuan Alps (Alpi Apuane in Italian), and along the 1000 km Via Francigena (380 km of which are in Tuscany), which connects Rome to Switzerland.

Travelers to the area can go canyoning, surfing, caving, heli-mountain biking, stand-up paddleboarding, scuba diving, and riding with Maremma butteros (Italian “cowboys”) to round up cattle — just a few of the available activities, and ones not typically associated with Tuscany. With the world’s impressions so deeply rooted in Tuscany’s wine, Renaissance art, and gateway cities such as Florence and Pisa, all of which are truly must-experience opportunities, it poses a Herculean challenge to move perceptions beyond the expected and attract attention to the lesser-known side of the wine region. 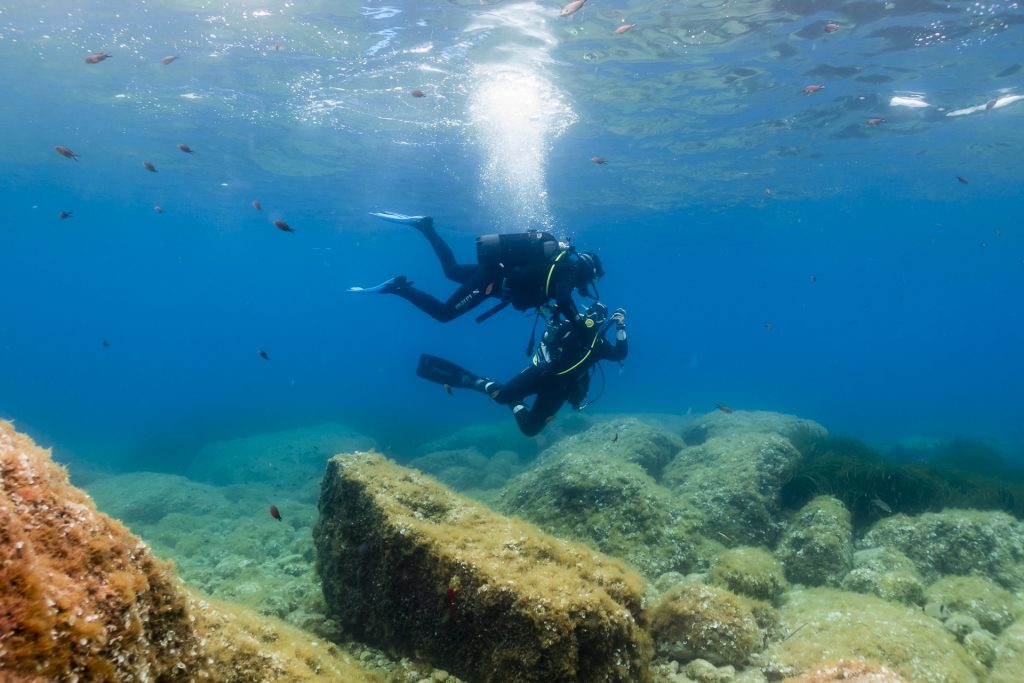 Frequent travelers to Tuscany may be surprised to learn they can go scuba diving in the area. Photo © Lukasz Warzecha / LWimages

Deeper analysis into rural Tuscany reveals a depth of experiences that ought to persuade international outbound operators who are well-seasoned in Tuscany travel to consider refreshing their classic offerings, while giving those who have not yet offered Tuscany a legitimate reason to steer future guests there.

During the reconnaissance, the ATTA team was exposed to some of the globe’s most advanced bio-agritourism endeavors, and the tourism board has committed to continue developing traditional pilgrim routes for advanced, well-catered adventure sports. In addition, unorthodox resources such as active and abandoned marble quarries of Etruscan and Roman legend can now support mountain bikers as they traverse the countryside.

Furthermore, village mayors, members of the Ferragamo fashion family, famed winemakers, chefs, and local acting troupes met with members of the ATTA team throughout the journey, an indication of the importance the region is placing on rural economic tourism development.

In another unexpected twist, women figured prominently into the adventure tourism mix. Most of the hosts, guides, and company owners were women — extremely competent, thoughtful and visionary women — eliciting comparisons to the Etruscans of the 8th century B.C., when gender-parity was believed to be the norm. This twist is also in stark contrast to stereotypes conjured up from tourism’s past in Italy. 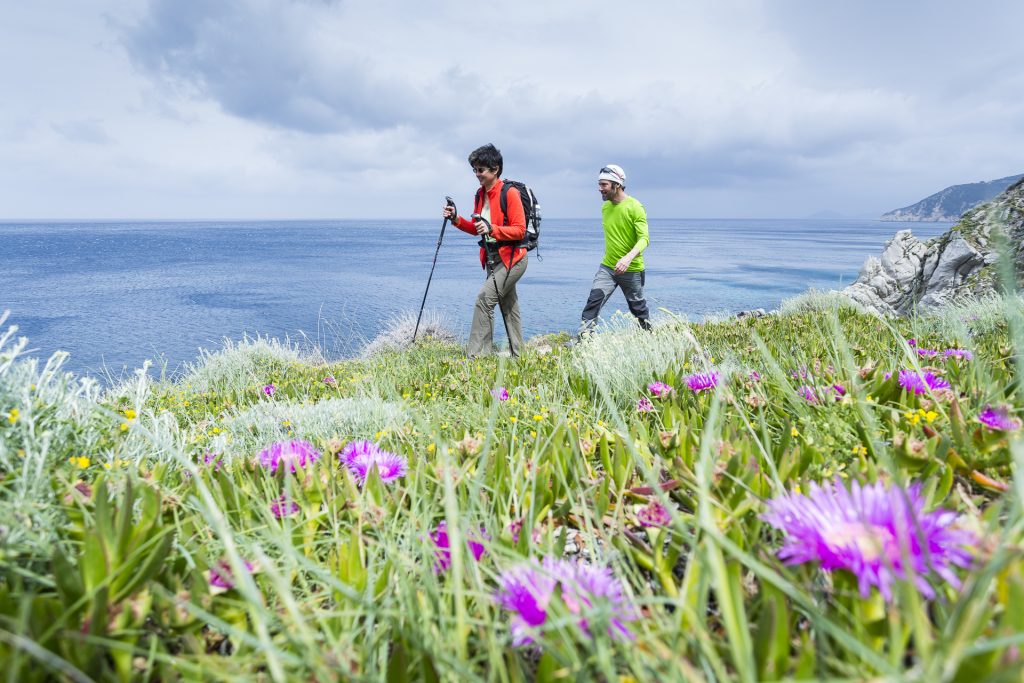 Hikers can traverse 380 km of the Via Francigena in Tuscany. Photo © Lukasz Warzecha / LWimages

In 2010, the ATTA held its first event in Tuscany; four men and one woman attended. That single woman, Tullia Cabellero of S-cape Travel, has since been present at many ATTA events, spoken on behalf of the ATTA at ITB Berlin, and recently had her first AdventureEDU assignment in Jordan. Today Cabellero is serving as the primary collaborator with Toscana Promozione during April’s reconnaissance and the ATTA’s fall AdventureWeek. At the 28 April AdventureConnect, more than 70 private and public sector representatives, at least half of whom were women, attended, seeking more information about how to engage in the series of activities planned in collaboration between Toscana Promozione Turistica and the ATTA throughout 2017 and 2018.

What became abundantly clear during the reconnaissance effort is that a rural adventure tourism renaissance is well under way in Tuscany. This fall, up to 25 ATTA-recruited international outbound buyers, specialized travel advisors, and travel journalists will witness and experience what few others have ever considered was available in the famed region. The ATTA’s AdventureWeek Tuscany application process will open during June.

Sign up to receive the latest updates about AdventureWeek Tuscany.