Seattle, WA – Zegrahm Expeditions, the world leader in small-ship cruising and overland adventures, will soon conclude its 2013 cruise season and is pleased to share the most intriguing images captured on its 18 small-ship expeditions. While every trip provides exceptional opportunities for photography, the combinable Wild Alaska and the Bering Sea (lauded as one of National Geographic Travelers’ 50 Tours of a Lifetime for 2013) and Best of the Russian Far East itineraries produced the most captivating wildlife and scenery photos for the year. Here is a look at the top five images taken by expedition staff member and onboard photographer, Michael Moore:

1) Nearly hidden in the far reaches of Amalik Bay, Alaska’s Geographic Harbor is set among magnificent volcanic scenery. As Zegrahm’s expedition vessel sailed into harbor, the first brown bear of the trip was encountered: 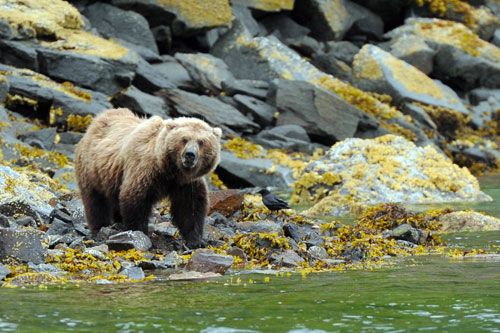 2) In the Bering Sea lies the Pribilof Islands archipelago. While the islands are home to less than 800 people, over 600,000 northern fur seals inhabit them: 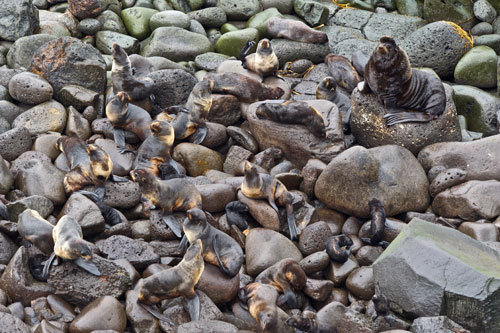 3) In Anastasiya Bay, Zegrahm came across large groups of walrus, both lying on shore and observing a nearby Zodiac: 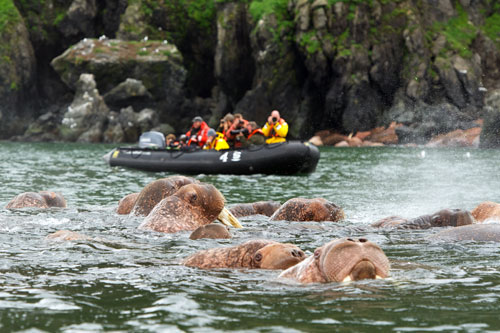 4) Later, near Anastasiya Bay, travelers gathered above a massive herd of nearly 2,000 reindeer on a coastal plain and had the opportunity to watch as herders swirled the reindeer in circles and captured a large male: 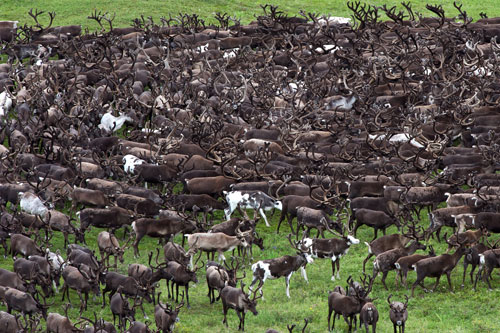 5) This parting shot was taken as travelers enjoyed dinner on deck near Petropavlovsk, in the Kamchatka region: 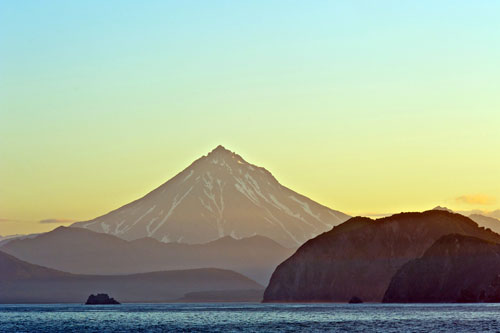 “We are incredibly lucky to not only have accomplished naturalists, historians, and geologists to enlighten travelers on each of our expeditions, but also talented photographers who are able to perfectly capture the highlights of each day and provide our guests with lasting memories of their expedition experience,” says Zegrahm’s President, Edwin Blythe.