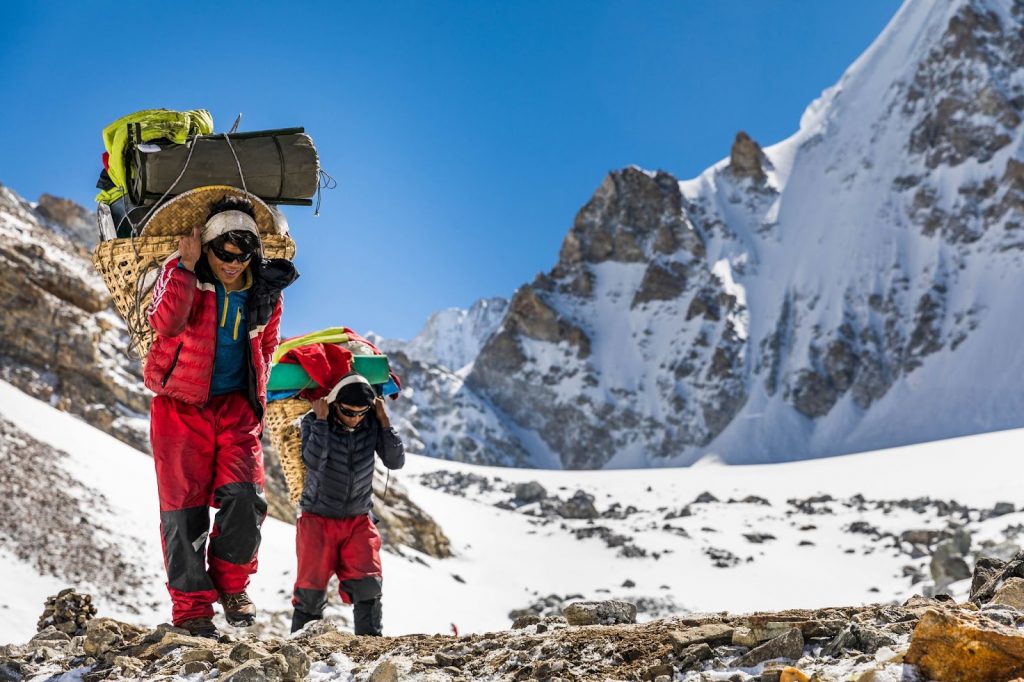 How the “Lend a Hand” Appeal Campaign Started

When COVID-19 travel restrictions were first imposed, World Expeditions had long-established connections with local communities in many parts of the world and it was quick to realize the impact that restrictions would have on these communities.

World Expeditions wasted no time in launching its “Lend a Hand” Appeal, administered through the company’s not-for-profit entity, the World Expeditions Foundation, to help raise funds for communities across Nepal, Kenya, Tanzania, India, and Peru, many of whom were solely dependent on income from travel and tourism.

World Expeditions enjoys strong loyalty amongst its past traveller community, who rallied behind the campaign and raised more than $42,000, which was used to distribute hundreds of food and hygiene packages to horsemen, kitchen staff guides, cooks, porters, and other support staff.

At the time, World Expeditions Travel Group CEO, Sue Badyari, expressed her concern for the international travel and tourism industry, particularly those in poorer countries, where safety nets were very limited or non-existent.

“It’s heart-breaking to hear the details of the suffering in our partner communities in Nepal, Tanzania, India, Kenya, and Peru,” Ms. Badyari said.

“With literally no government subsidies for people whose income has disappeared, these people are not only at a higher risk of contracting the virus but are also deeply affected by the economic downturn,” she said.  “The trickle-down effect on their families and broader communities is truly devastating.”

With restrictions remaining in place in 2021, World Expeditions followed up its “Lend a Hand” Appeal with the Grants for Groundstaff Appeal, which has so far raised more than $49,000 to further deliver emergency food packages to struggling families in Nepal and Peru and to provide further payments to staff in need.

Fundraising efforts continue into 2022, with a successful weekend walking event to the top of Australia’s highest mountain held in February. Supported by the likes of long-time guide, and mountaineering legend, Tim Macartney-Snape, the event gathered supporters to walk in solidarity for their overseas friends and partners.

These three fundraising efforts are examples of World Expeditions acting upon one of the 11 pillars of its Thoughtful Travel Charter: To be a force for its travellers to support communities in delivering local employment, friendship, and fostering cultural tolerance.

The 11 pillars, all of which support the company’s commitment to responsible and sustainable travel, include minimising waste and eliminating single-use plastics, the delivery of carbon-neutral adventures, and advocating for the mental and physical health benefits of active travel.

World Expeditions works hard to ensure the 11 pillars are integrated into its global operations, down to details such as eliminating single-use plastics and following the Principles of Leave No Trace.

The goal to be a force for its travellers to support marginalized communities, for example, has led to the development of a number of world firsts, including the Great Himalaya Trail.  As well as demonstrating World Expeditions’ strong commitment, it typifies its BIG adventures, small footprint philosophy, which earned the company the Adventure Travel Wholesaler of the Year Award in 2019 from their peers in the Australian travel industry.

The 150 day, 1700km walk across the Nepal Himalaya was crafted from a desire to bring economic opportunity to remote villages, whose inhabitants rely primarily on subsistence farming to survive and, apart from a Covid enforced hiatus, has operated every year since its launch in 2014.

The 2020 Lend a Hand appeal helped raise more than $45,000 where 100 percent of proceeds were used to distribute hundreds of food and hygiene packages to horsemen, kitchen staff, guides, cooks, porters, and other support staff across Nepal, Kenya, Tanzania, India, and Peru.

David Thomas, one of their Mt Kilimanjaro porters sent a handwritten thank-you note to the World Expeditions team and donors:

“From the bottom of our heart we say thank you very much. Know that it’s really touched [and] blessed our family… This is not small, it for us [is a] blessing and more than a donation to us.”

For the majority of these communities, they were solely dependent on income from travel and tourism and had little or no opportunity for other means of support and the appeal was a massive safety net for the recipients.

“Most of my fellow workers were in very [a] bad situation in the pandemic, so what we got today from you, World Expeditions and the donors, is more than we expected. So we would like to thank each and everyone who contributed for us.” 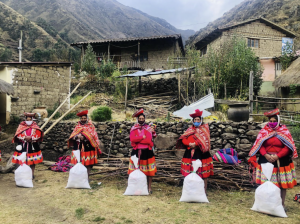 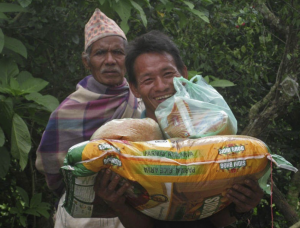