Combined with other threats, the toll from poaching could wipe out populations of native turtles.

The United States has a wildlife trafficking crisis closer to home than most people realize: native turtles are disappearing from lands and waters and ending up in the hands of poachers across the country. 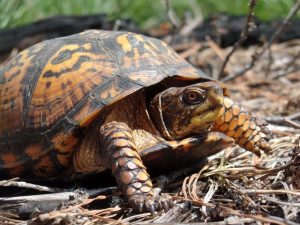 For those who are witnessing this crisis first hand — conservation professionals, biologists, and wildlife law enforcement officials — there is a consensus that immediate action is needed to prevent the removal of native turtles from the wild before irreversible damage is done to both rare and more common species, from bog turtles to box turtles. The U.S. is a global biological hotspot for turtles, home to 57 species, including some that only live here.

Ahead of  World Turtle DayⓇ on Saturday, May 23, the Collaborative to Combat the Illegal Trade in Turtles (CCITT) – a partnership of state, federal, academic, and nonprofit conservation professionals  — the Partners in Amphibian and Reptile Conservation (PARC), the Association of Zoos and Aquariums (AZA), and the Wildlife Trafficking Alliance (WTA) are circulating a Call to Action Letter to galvanize support for coordinated efforts to address this threat within the conservation community.

“The turtle-trafficking crisis is an urgent conservation issue across the country, and we have to work together to confront it,” said Scott Buchanan, herpetologist with the Rhode Island Department of Environmental Management and co-chair of CCITT. “By working together to develop and align resources – law enforcement, scientific tools, housing capacity for confiscated turtles – we can optimize our response and help prevent future damage to these sensitive species.”

Biologically, turtles are especially vulnerable to over-collection. Some species must reproduce for their entire lives to ensure just one hatchling survives to adulthood. And it takes years, often decades, for turtles to reach reproductive age, if they make it at all. Most fall victim to predators before they mature. Others fall victim to habitat loss and car strikes when crossing roads. 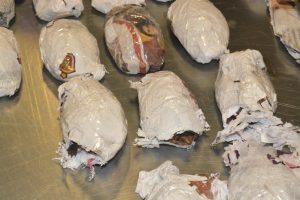 Taking just a few individuals from the wild can be the difference between population persistence and population loss. Yet some people take thousands.

Recently prosecuted criminal cases involve the collection of thousands of turtles from wild populations, well-organized black-market networks, and the exchange of hundreds of thousands of dollars in illicit trade.

While illegal collection is not a new problem, there is substantial evidence that the threat has risen in the past several years in response to intensifying demand from both domestic and international markets.

In the Call to Action Letter, CCITT, PARC, AZA, and WTA are asking wildlife professionals to add their names in support of a set of priority actions for establishing a united front against criminals who are trafficking in the nation’s natural heritage, with the ultimate goal of protecting populations of wild North American turtles:

“Many AZA-accredited zoos and aquariums already work closely with law enforcement agencies to provide critical care and housing for victims of the illegal trade, including turtles,” said Dan Ashe, President and CEO of AZA. “For this reason, we are glad to partner with CCITT and PARC to help raise awareness of turtle trafficking. Both the AZA SAFE: Saving Animals From Extinction (SAFE) American turtle program and the Wildlife Trafficking Alliance are committed to educating the public about the conservation and protection of turtles.”

Wildlife scientists and conservation professionals are encouraged to read the letter and add their names in support at: https://bit.ly/WorldTurtleDayCalltoAction 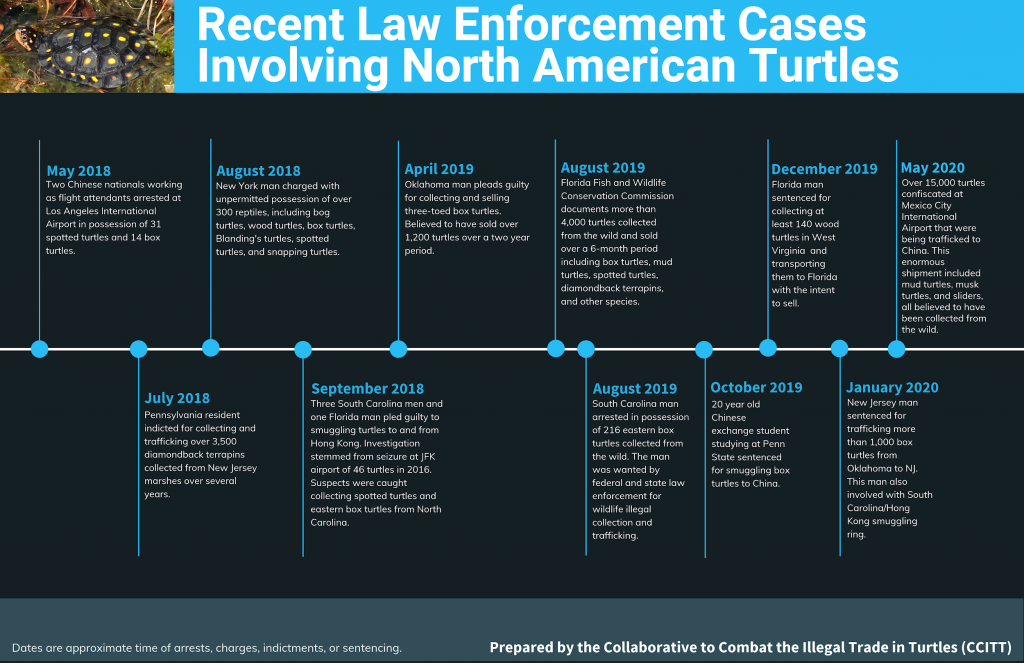