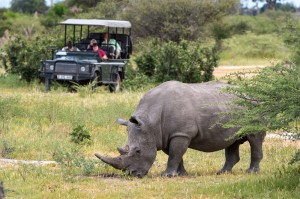 Johannesburg, SOUTH AFRICA – Wilderness Safaris, Africa’s widely acclaimed ecotourism operator, has successfully facilitated the largest cross-border translocation of Critically Endangered Black Rhino into Botswana’s Okavango Delta. In partnership with the Botswana, South African and Zimbabwean Governments, the completion of the translocation showcases the latest phase of a collaborative project that spans over 15 years, known as the Botswana Rhino Conservation Project. This project has grown to become one of the most important rhino translocations ever undertaken in the history of conservation.

Over the past year, the partnership has managed to move 1% of the total global population of this highly threatened species into a safe haven in Botswana’s Okavango Delta. To watch a short, empowering video highlighting the Botswana Rhino Conservation Project, please click here. 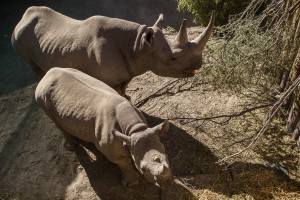 “Such a complex operation requires an enormous amount of planning, paperwork, extraordinary partnerships and untiring efforts of a wide range of people. In particular, the high level of cooperation between the Botswana Government and those of the South African provinces (Limpopo, North-West and Mpumalanga), as well as the Zimbabwe Government, has made this chapter of our 15-year-long project tremendous success, of which the entire conservation community and the nation of Botswana can be extremely proud”, says Wilderness Safaris Environmental Manager, and National Rhino Coordinator for Botswana, Map Ives.

The last phase in a series of no fewer than eight international relocations took place during May and June of this year, with black rhino sourced from five locations in South Africa and Zimbabwe, to be safely transported to Botswana in a Hercules C-130 aircraft. In an unprecedented gesture of state and private sector collaboration, the aircraft, along with expert crew, was provided by the Botswana Defense Force. 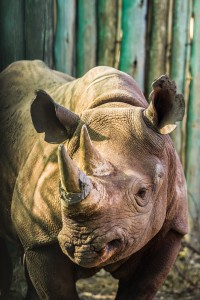 This project truly portrays the enormous responsibility of constant monitoring and protection of what is now a population of continental significance undertaken by Wilderness Safaris’ Rhino Monitoring Officers, the Botswana Defense Force and the Department of Wildlife and National Parks’ specialized Anti-Poaching Unit. “Knowing that we are dealing with living animals that are so rare and precious and which have been entrusted to us creates a sense of stress and urgency in each person, and yet brings about great satisfaction knowing that what you are doing is important for the species itself, as well as humankind,” says Ives.

Botswana continues to step up its efforts in the fight against wildlife crime, with the Botswana Defense Force upgrading its Mission Statement to declare the protection of the country’s wildlife as its “main mission.” Earlier this year, the Minister of Environment, Wildlife and Tourism secured budget from Parliament towards the recruiting, equipping and training of a new 50-man specialist “rhino squad” whose sole duty will be to patrol and protect Botswana rhino, indicating the incredible commitment from the political leadership in Botswana and the security agencies charged with their protection.

“We are extremely thankful for the ongoing support of our partners in the Botswana, South African and Zimbabwean governments and their respective conservation agencies – especially the unheralded efforts of the men on the ground in the Botswana Defense Force and the Wildlife Department’s Anti-Poaching Unit, ” says Ives. “We also could not have achieved this without our incredible sponsors, from organizations to individuals, who have enabled us to embark on this next phase of the project and ensure its success.”