A friend of mine from the United Kingdom is raising his kids in the Middle East, and he’s understandably nervous. Not because his kids are at risk today, but because they are preparing for a move back to the UK, and he’s concerned about the teen culture his children are going to be entering. It is one that, like the culture in the United States, is rife with temptations, challenges, and struggles intensified by a move away from more traditional values.

Today, however, they still live in Jordan. They live a very interesting, fulfilling life running an adventure travel business for foreigners who are interested in getting under the surface of this stunning destination when they travel. “Is it safe? It is absolutely safe to travel in Jordan,” my friend said. “Look, we’ve lived here eight years and have been treated incredibly.” 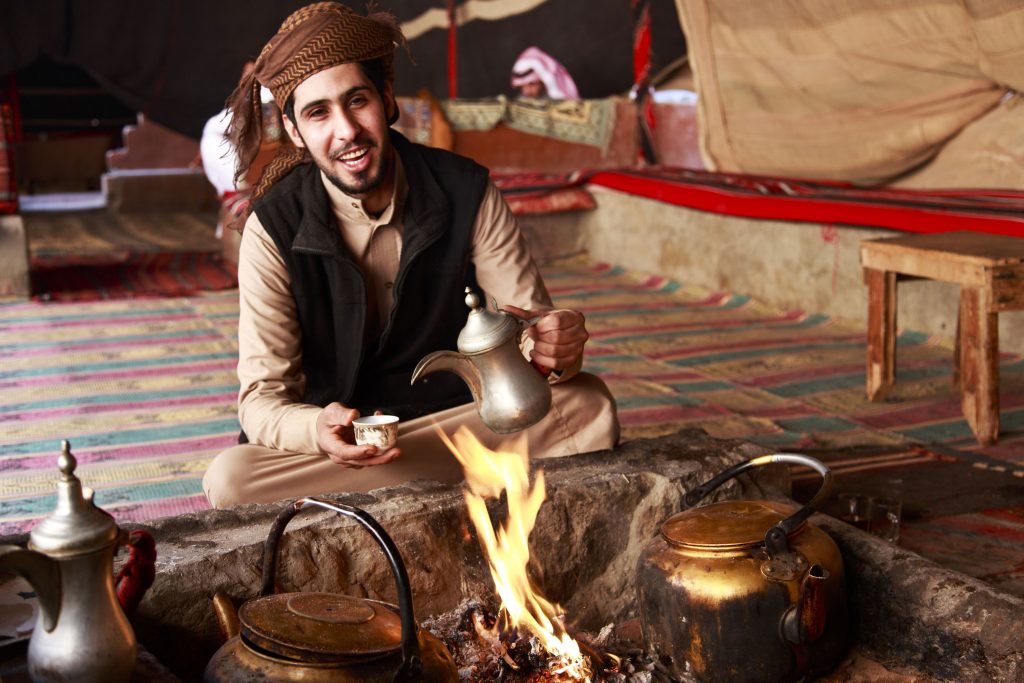 Tour operators have the opportunity to share Jordan’s culture with their clients.

This belies the reality many Jordanian travel businesses face today in an environment where they are lumped in with destinations located just next door that have descended into chaos. The mass news outlets don’t make the effort to show how there are actually many places that are statistically safer than most American big cities because, well, that’s boring news. That doesn’t sell pageviews, and there is a real possibility someone is more likely to click on the latest about the Kardashians or Trump or a surfing chimpanzee.

The ability to change a destination’s perception is complicated, somewhat unpredictable, and not guaranteed. Relying on mass media is hopeless. This is where we, the travel industry, can make a difference.

I had a travel executive say to me not long ago: “Why should I sell destination XYZ when my customers aren’t asking for it? I’ll wait until someone else develops the demand for it and then sell it.”

I find this response sad and self-centric when, in reality, a hand could be extended to help. We in the business know how critical stable tourism is to destinations living on the edge. And, we know Jordanian operators, restaurateurs, craft makers, musicians, hotel owners, and even farmers depend deeply on tourism as a way to feed their families, put their kids through school, and stay away from the poverty line.

Jordan is a spectacular destination with the iconic Petra and Wadi Rum, the lesser-known Aqaba for diving, the Dana Nature Preserve, and hundreds of incredibly fascinating archaeological and historical sites in the region. The cuisine is second-to-none, and a friendly, welcoming culture underpins a destination that is transformative to the travelers who go there.

That world-class quality plus the current situation make it clear to me that those of us working in the industry should support Jordan in this time of need. Don’t wait to present it to your customers who are looking for one-of-a-kind trips. Don’t succumb to the falsehood that the entire region is off-limits. And, don’t agree with people who believe it.

In the United States, we’re compounding the problem politically — the latest blow being the inability to bring laptops on flights run by airlines based in the Middle East. It is a move, I believe, made by U.S. officials that threatens to further complicate travel to and from the region.

Your customers will likely not make the decision to visit Jordan without your help. They need to know you believe in the region and that you believe your promotion of the region will result in desperately needed tourism income to keep families afloat and world-class treasures protected while providing transformation through amazing experiences.

If you’re a tourism professional, here are three things you can do:

At the Adventure Travel Trade Association, we’ve been partnering with the Jordan Tourism Board for nearly a decade. I’ve spent time in the country on three different occasions. I’m taking both of my children there this year. Why? Because I believe in the destination, and I’ve seen it first-hand and it’s a magical place to experience.

There are plenty of places in the world where we could do tourism events, and it would be fairly simple to do so. However, we’ve chosen Jordan for this year’s AdventureNEXT Near East because we believe the tourism industry has a responsibility to lend a hand and an opportunity to succeed in business. It is a classic win-win situation.

I hope you’ll take steps in your own business, whatever that might be, to put a shoulder to the wheel as we support our brothers and sisters living in a difficult place at a difficult time. Nothing dashes hopelessness and the evils it breeds like hope in the future, human-to-human interactions, and economic possibilities. We can do this!

4 Comments to Why Jordan Needs – and Deserves – Adventure Industry Attention