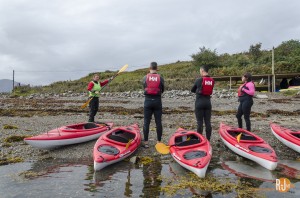 Ireland Tourism reports increase in visits and spending in 2015.

When it comes to exchange rates, the timing has never been better for U.S. travelers crossing the pond to visit Europe. The Euro has seen recent weakness meaning that stronger currencies such as the dollar will get your clients further than before.

According to an article from The Economist in January, the European Central Bank (ECB) launched a new monetary policy to print more money in order to buy more European assets over a two-year period with the objective to improve Europe’s supposed recent economic stagnation. After launching this policy, the Euro fell to an 11-year low against the dollar. Where it was once $1.50 against one Euro, this summer the dollar floats around $1.08, making the two currencies extremely close.

As a quick economics refresher, here’s a simple way to look at it: “The idea is that by increasing the supply of money, interest rates will be lower,” says Nathanael Boulot, a representative of a French bank. “This will stimulate people to borrow, invest more and most importantly spend more, which will revitalize the European economy.”

What does this really mean for the world of adventure travel? For starters, this re-opens the opportunity for U.S.-based outbound operators to “sell” Europe while the iron’s hot. And it’s a good reminder for all outbound operators that they should be monitoring currencies in target destinations in order to see where guests can stretch their hard-earned dollars. Today, the dollar has gained against the Euro. Tomorrow, who knows? In this case, a dollar will now buy more Euros than it would have in 2014. Other European currencies like the Swiss Franc have also experienced similar effects, and reports across the continent from tourism boards and tour operators are that U.S. inbound travel is much stronger than in recent years. 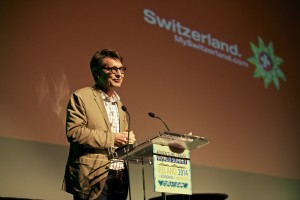 Being able to get more for your money makes travelling easier for North Americans going abroad to the Eurozone. Eight out of the top ten countries with the largest hotel rate decreases are in Europe, according to Tripadvisor, and similar travel trends exist across all travel-related expenses.

“In the first three months of this year, this increase has further accelerated, among other reasons due to the stronger USD to the Swiss Franc,” Hermann continues. “We’ve seen an increase of over 6% in traffic from the U.S. to Switzerland from January to March.”

Very quickly, average savings will add up when factoring in airfare, food, in-country transport, activities, souvenirs, and any other costs one might require. Multiply that by the number of people in the group, and the savings are considerable. Simply put, North American travellers can either save money by spending less while on holiday but still get the same amount of amenities expected—or they can spend the same amount (in USD) as they would have last year but get more for their buck.

This means tourists may be more likely to stay longer, may be more willing to spend extra on activities and tours, or even splurge on a dream trip. Booking a bike tour or kayak trip seems more reasonable today than booking a similar trip last summer. And while tourists take advantage of favorable exchange rates, businesses should capitalize on solidifying non-Eurozone clients, promoting their destinations and activities to meet the needs of this influx. Special attention to capturing the U.S. market is one way to benefit from a weak Euro.

“We plan to take advantage of this situation by increasing our marketing activities in the U.S., such as promotions with national and international brands including National Geographic and AFAR, plus the most comprehensive partnership agreement with the ATTA yet,” Herrmann states.

“The combination of deflation and the development of new technologies and partnerships with international banks is definitely a good thing for the development of the tourism industry in Europe,” says Boulot. “Taken together, it will have a positive impact on European tourism.”

Based on these observations, the European tourism industry should not only be ready to embrace larger numbers of foreign tourists spending money in Europe, but they should be specifically targeting those whose exchange rates of local currency to Euro are particularly favourable such as the U.S. Dollar because a weak euro means that more activities over a longer vacation are suddenly becoming reality for many tourists planning their dream European trip.

Note: the Euro is used in 19 countries in Europe (the Eurozone), with over 20 other currencies used on the continent.