Held at the base of the Canadian Rockies mountain range in Banff, Alberta, Canada, this year’s sold-out AdventureELEVATE event attracted 285 delegates from around the globe. Over the course of the event, held 13-15 March, travel professionals engaged in outdoor activities, workshops, and networking opportunities at the Banff Centre for Arts and Creativity, encouraging everyone to step out of their comfort zones, explore new terrain, and empower their edge.

“Each conversation, each experience this week helps me build my story and take me further than I thought I could go.” – Anne Farrar, Director of Photography, National Geographic Traveler

An impressive 76% of delegates participated in AdventureELEVATE for the first time this year, and this was the first Adventure Travel Trade Association (ATTA) event for 52% of delegates.

With so many new faces, there was nothing like a little outdoor activity to bring people together. The traditional Day of Adventure led delegates outside to explore the greater Banff region, where they participated in lesser-recognized winter activities such as fat biking, ice climbing, meditative snowshoeing, and more. What resulted was a kinetic energy: The registration area was filled with faces grinning ear-to-ear, creating that ever-familiar sense of community inherent to ATTA events. As emcee Norie Quintos put it: “ELEVATE is your neighborhood cafe versus the hot new bar.” 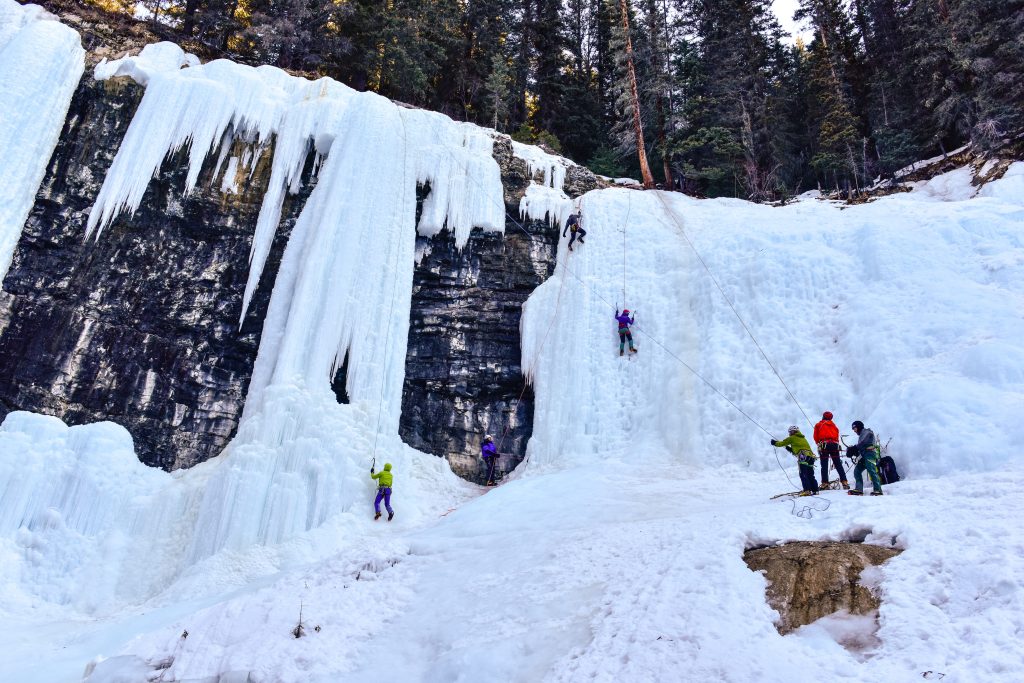 During the Day of Adventure, delegates had a chance to go ice climbing. © ATTA

The event’s theme, Empower Your Edge, called upon delegates to consider their own boundaries — their own challenges or goals — and how to go beyond them, approaching situations differently and making use of this collaborative community to grow both professionally and personally. Keynote speakers and breakout sessions provided inspiration and tools for doing just this. Tom Fritz of Fritz Insight Group led a customer journey mapping exercise, coaching delegates on how to identify business opportunities centered on emotional engagement. “You can build skills, but make sure you hire people who are empathetic and compassionate,” Fritz said.

Delegates also worked together in a popular Trendspotting Lab, where they evaluated changing market forces and global movements affecting adventure travel, and defined best practices for staying competitive even as the industry evolves. 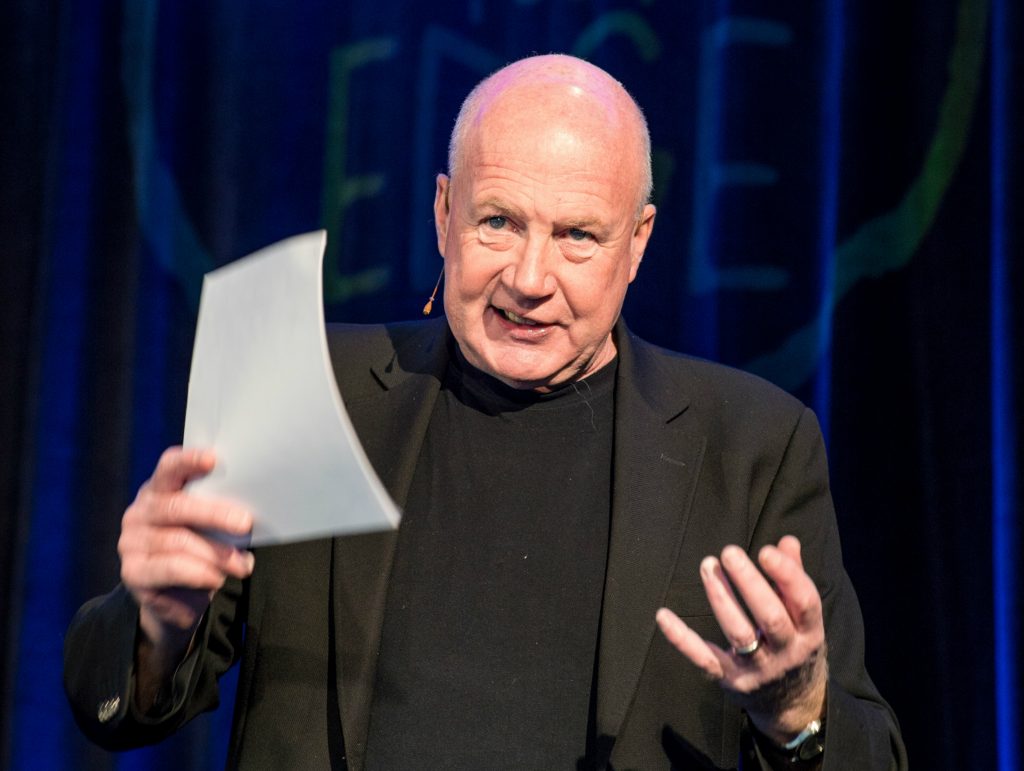 Another highlight of the event included designing trips and marketing to African American travelers with Rue Mapp (founder and CEO, Outdoor Afro), James Edward Mills (producer, The Joy Trip Project), and Evita Robinson (CEO, Nomadness Travel Tribe), who encouraged delegates to include African Americans through representation. “We have a chance to change the narrative, the appeal of the outdoors, but also the healing and atonement of nature,” Mapp said. “People want to know you care about them and that they are understood. I see this as a love story. Let’s dig into our love for the outdoors and adventure, and use that as our open-source platform to relate to each other.” 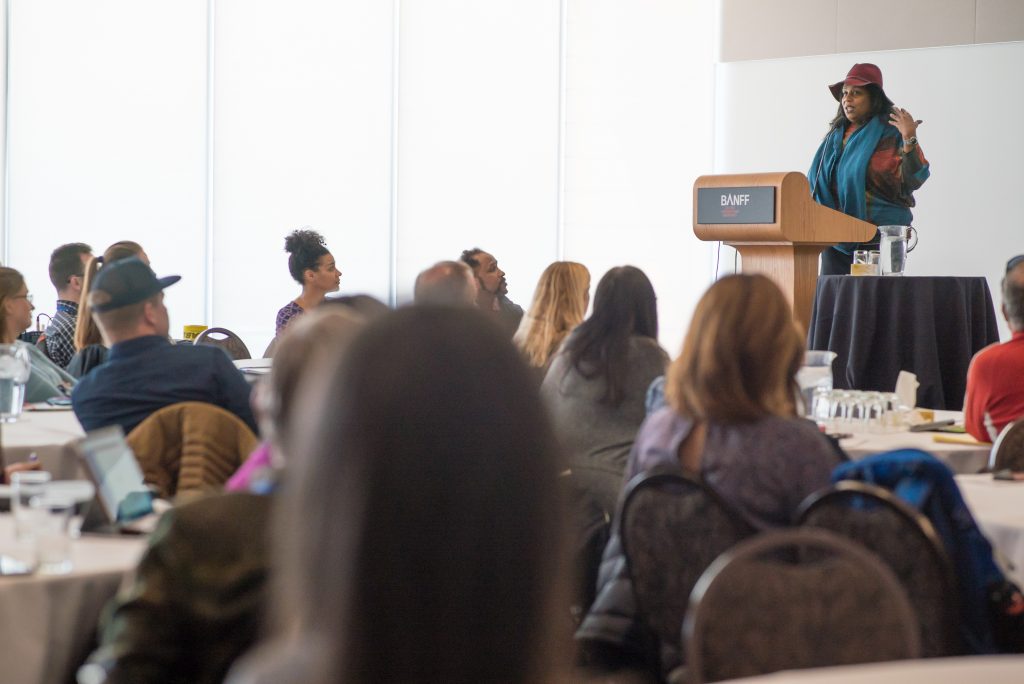 Rue Mapp talked with delegates about the importance of designing and marketing trips with African American travelers in mind. © ATTA / Jonah Grubb

This annual event was also the inaugural unveiling of AdventureExchange, a pre-scheduled networking opportunity open to all delegates, destination representatives, gear members, operators, and media. This networking session was a strong complement to the traditional MediaConnect (which focuses on media) and gave all delegates a time and place to share ideas. As noted by keynote speaker Kevin Roberts, “We live in the age of ideas. They are the currency of today.” With that metaphor in mind, AdventureExchange felt similar to Wall Street with a flurry of activity — in three hours, 198 delegates participated in nearly 1,600 meetings discussing new products and common challenges — and all the while local artist Amy Dryer sat on the periphery, painting the scenic views outside. 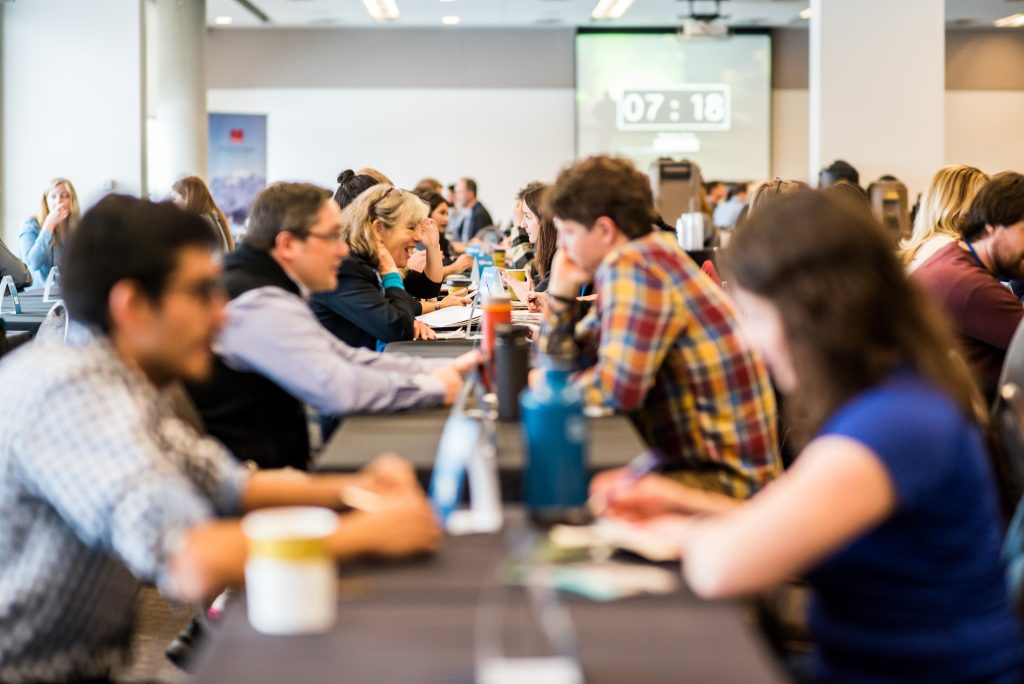 This was the first time AdventureExchange, a pre-scheduled networking opportunity, was held at an ATTA event. © ATTA / Jonah Grubb

AdventureELEVATE also encompassed a significant cultural component, which included several new, regionally focused elements. Delegates were treated to a screening of films from the Banff Mountain Film and Book Festival as well as a stunning, live performance from Indigenous singer Iskwe, which left the audience awestruck as she shared her people’s personal stories through song. And at the off-site closing party, delegates were dazzled by a display of Canadian culture including Alberta barbeque, local brews, owls from the Alberta Birds of Prey Centre, and a performance by native, three-time world champion dancer Dallas Arcand. 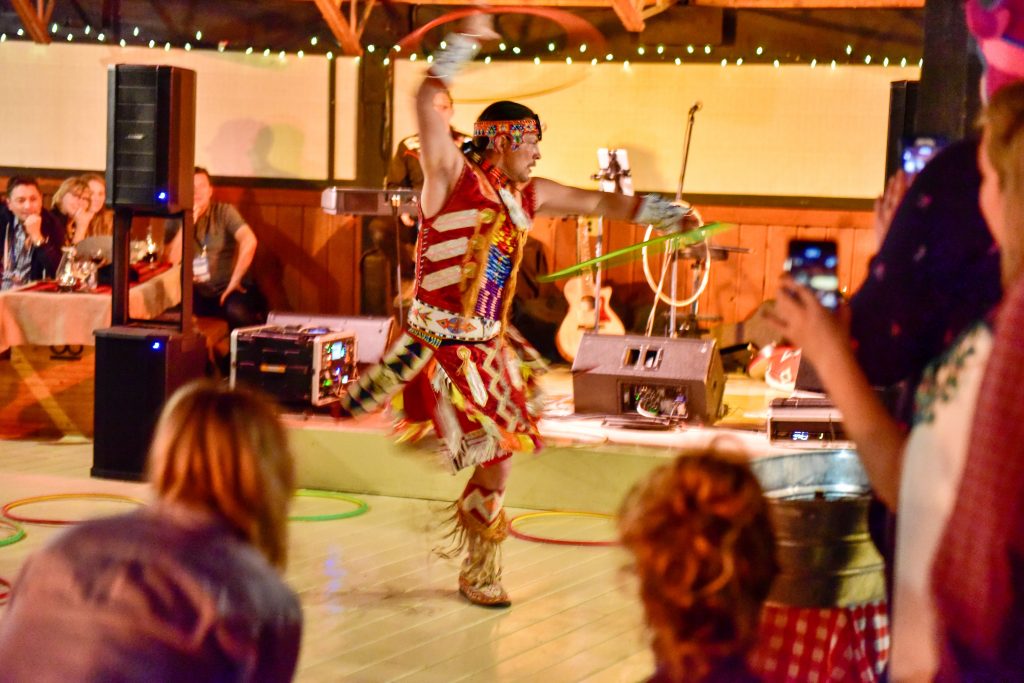 In addition to professional development, AdventureELEVATE delegates were treated to a number of cultural experiences. © ATTA

AdventureELEVATE 2018 left all delegates with renewed inspiration, connections, and tools needed to follow through on the event’s promise to Empower Your Edge. Building on this momentum, adventure travel industry professionals are invited to register now for AdventureELEVATE 2019 in Lake George, New York, 10-12 June.