The Volcanoes Safaris Partnership Trust (VSPT) has had a very busy three months with a great deal of work being organised in Mount Gahinga, where one of the oldest surviving tribes in Africa, the Batwa, are in danger of losing the culture and history that makes them so special. At Volcanoes Mount Gahinga Lodge, the VSPT is now running a total of seven projects, which include among other things a dance group; the cultivation of a cultural heritage site where the Batwa can involve people in their rich traditions; and a vocational centre where they are taught skills such as sewing and craft-making. It’s community conservation at its most needed and the VSPT is committed to ensuring ongoing support of the Twa.

We are also very pleased to remind you of our online PayPal donation facility. This allows the VSPT to easily receive donations from those wishing to contribute to the projects we support, including our involvement with the Batwa community and continuing projects in the Kyambura Gorge region. 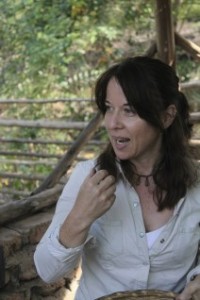 In an inspiring talk at the recent ATTA Summit in Namibia, VSPT Project Coordinator Nicole Simmons spoke about the important question ‘How is great ape tourism contributing to the lives of local people? After all, they are the custodians of the great apes and the future of conservation – they must benefit.’

“More and more, out conscientious clients also want to make sure that their safari is profiting the local people and furthermore they want a connection with their fascinating, warm and welcoming hosts.

By focusing on the needs, wants and cultures of the local communities we developed a series of projects that allow them to live in better harmony with the wildlife, improve their livelihoods and preserve the history of ancient cultures.

As VS Founder and Managing Director Praveen Moman stated so well. ‘Clients come for the wildlife but leave with the people.’ ” 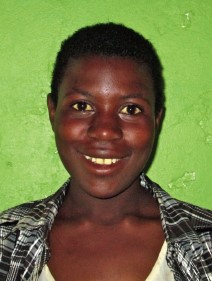 Julienne is 21 years old and is married. She has been part of the VSPT Sewing Initiative at the Batwa Vocational Centre in Mount Gahinga since August 2013 and has taken to it quickly, attending sewing tutorials and taking part in the work every week.

She’s doing a great job and loves sewing. Her favourite sewing project so far has been making a skirt, which she often wears! She also likes crafting and is now enjoying the chance to explore weaving baskets and creating necklaces and other jewellery.

Her favourite meal is Irish potatoes and beans; with the Batwa now learning agricultural techniques, she will hopefully be eating a lot more of it!