See headlines below for most updated global news on this situation. 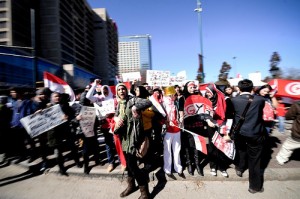 February 15, 2011: After a tense and often violent 18 day revolt in Egypt, the country’s protesters rejoiced as leader Mubarek stepped down on February 11, 2011 (New York Times). Egypt is currently under the control of the national military, as protests and discontent spread through the region in Iran, Bahrain and Yemen. USA Today reported that hundreds of Egyptian tour guides gathered at the Great Pyramid of Giza with signs in multiple languages proclaiming, “Egypt Loves You” on Feb. 14th – a clear message from a country that reported tourism losses of $1 billion during the first nine days of protests and could see an additional $50 million loss from the US alone by the end of the quarter.  As countries such as Spain and Dubai hope to absorb some of Egypt’s current tourism losses (Reuters; ArabianBusiness.com), Euromoniter International reminds that the country’s tourism industry has proven to be resilient in the past, and Gulfnews.com remains optimistic that the rebound will be quick. See newest global updates below.

February 7, 2011: Mubarak remains in power as daily life resumes in Egypt despite continuing protests and warnings from the Egyptian Brotherhood that its talks with the government do not signify concession.

February 2, 2011: Pro- Mubarak protesters, described by international press as “well-organized,”  have been violently clashing with anti-government crowds in Cairo, according to the New York Times. Please see news updates below.

February 1, 2011: World attention has focused on Egypt after tensions have escalated into approximately one million protesters insisting President Hosni Mubarak give up his 30 year reign (Reuters), prompting the Obama Administration to counsel him not to run again in autumn elections, effectively ending traditional US support for the leader (NY Times). The New York Times reports that the Egyptian economy has been almost entirely crippled, as businesses have shuttered their doors, deliveries of food and staples have been halted, and the banks have remained closed on the national pay day; the potentially disastrous effects of continued disruption are expected to incite more aggression and add pressure to the government to react. Evacuation of tourists and foreigners has been chaotic, with canceled flights, dwindling flight supplies and reports of bribes and confusion (Associated Press for msnbc.com).

More Global Updates on the situation in Egypt: