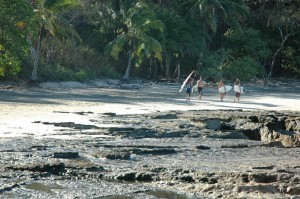 San Diego is now home to the world’s first Center for Surf Research, founded by sustainable tourism professor Jess Ponting, according to an Associated Press article by Julie Watson. After Ponting found that little research or analysis existed on the surf industry, he started the new center – the first of its kind – at San Diego State University “with the aim of building a database and spreading awareness about what has evolved from a beach counterculture to a multi-billion dollar global industry, with both positive and negative impacts.”

Ponting argues that the industry is much larger than anyone gives it credit for – the U.S. market is worth an estimated $7 billion annually, and surfing is a popular activity in over 100 countries – many of which rely on it as a main source of tourism income. The only other known university that offers an academic surfing program is Plymouth University in the U.K., its Surf Science and Technology degree is a technical one that teaches product design, marketing and production skills of the sport.

Ponting’s new center will regularly bring together environmental groups, tourism businesses, surfers and “the small but growing wave of scholars studying surf economics.” Students will also visit places where surf tourism is helping alleviate poverty and protect the environment – in fact, one of the key objectives for the research will be quantifying both positive and negative impacts to try and help developing governments create effective, tailored planning to prevent familiar problems of uninhibited tourism: 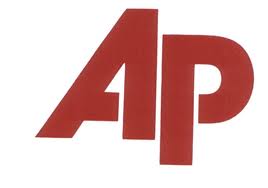 With no planning, many poor, remote communities discovered by surf explorers in the 1960s got caught up in what Ponting calls “the race to the bottom” with locals expanding their homes and offering cheap accommodation, but with little infrastructure to handle the mounting sewage and trash, which seep into pristine marine environments. As a result, “surf slums” sprang up in paradise. Ponting points to some traditional Muslim villages in Indonesia that found themselves dealing with big-city problems brought in by the outsiders, including illegal drug use and prostitution.

Watson reports that Papua New Guinea provides a positive foil to these ‘surf slum’ problems – the country has a nationally managed plan for surf tourism that includes limiting surfers in popular spots and instating a taxation system for surfers that helps pay for sewage and water systems, and also requires the hiring of local surf guides to expand the money kept by the local community.

Ponting also points out that surfers are a valuable commodity in that they will pursue quality waves despite difficulties of distance, geography or even local disasters – a resilience they share with other adventure travelers, according to an ATTA study. This resilience:

[M]akes them a key market for places like Liberia, which has struggled to lose its image as a place of civil unrest but is quickly rising as the next unexplored surf frontier. Ponting is working on funding for a joint project with a nonprofit organization to guide the country’s tourism department so locals reap the benefits instead of foreigners who may better understand the market.