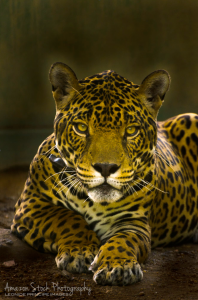 Tropical Tree Climbing (TTC), also aims to leave behind a positive legacy, from supporting conservation projects in the Amazon – such as jaguar population monitoring and ecological research – to joining an international effort to safeguard the third largest cat in the world, by exploring, surveying, and establishing jungle protected areas.

“With this objective the Tropical Tree Climbing in partnership with the WCS – Wildlife Conservation Society and coordinated by Emiliano Ramalho, researcher responsible for the Amazon Jaguar Conservation Program, will develop this project focusing on jaguar population monitoring and ecological research in strategic areas of the township of Presidente Figueiredo, located 107 km north of Manaus, Amazon, Brazil”, said Vanessa Marino, co-founder, Tropical Tree Climbing.

The jaguar (Panthera onca) is the third largest cat in the world, after the tiger and lion, but it is the largest feline in the Western Hemisphere. During the 1960’s and 1970’s, the jaguar was heavily hunted for its beautiful coat. As many as 18,000 wild jaguars were killed each year until the Convention on the International Trade in Endangered Species (CITES) of 1973 brought the pelt trade to a near halt. Today, jaguars continue to be hunted due to conflict with humans who live in fear of them, or view them as a threat to their livelihoods. To conserve a specie, it is necessary to understand its biological and habitat requirements, as well as factors that threaten its survival.

Demographic and ecological data will be collected through camera traps, direct observation and radio-telemetry. Biological samples will be collected from jaguars to inform genetic and epidemiological analyses. Through radio-telemetry techniques, the jaguar’s home range will be estimated for females and males. This is the first jaguar study in this region of the Brazilian Amazon. Through camera traps, jaguar pictures will be obtained and individuals will be identified in the area. The project aims to monitor the jaguar population in the region, identifying possible population trends (growth, stability, decrease) over a number of years, an important aspect in understanding the conservation status of the species.

The partnership will includes an extension itinerary, for guests interested to following the footprint of elusive jaguars (and smaller mammals like Agoutis, Agoutis Paca and Wild Pigs), and a Voluntourism Program enabling participants to help monitor the trap cameras located in different locations along the natural path that visitors will walk, and “follow the Jaguar” on his path.