By Nicole Petrak, Assistant Editor to AdventureTravelNews and Special Projects for ATTA

Editor’s Note: This is the third installment of a three piece quarterly trends article from the ATTA. Access Part I (Content: Where Media and Commerce Intersect in the New Age of Marketing) and Part II (Generation Y: Soon-to-Be Your Next Best Customers) for a full briefing of recent trends. 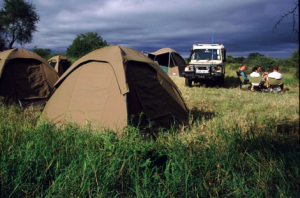 Halfway through 2011 the general global forecast remains that the travel industry recovery is, if not in full swing, on the horizon for most parts of the world. Ypartnership/Harrison Group’s annual Portrait of American TravelersTM reveals that despite the projections for recovered travel demand, U.S. consumers are not ready to return to pre-recession prices and a search for value and good deals are still the top priority among U.S. leisure travelers – the vast majority of whom believe better deals can be found online (48% on online travel agency websites and 35% on online from travel supplier websites). However, its important to remember that “value” is subjective and does not necessarily mean “cheapest.”

In a global survey released last month by Frommer’s Unlimited, the B2B business of Frommers,  92 percent of travelers selected “things to do” as the deciding factor in choosing a destination, followed by “price” at 86 percent, indicating that consumers are feeling more economically confident than in 2010 when price was rated more influential. A similar first/second ranking is also seen in Virtuoso’s® 2011 Luxe Report, in which luxury travelers ranked the destination quality as the highest deciding factor (93 percent) followed closely only by “value for money paid” – at a rather high 79 percent considering the demographic.

Another survey, released by PURE Life Experiences in March, indicated that suppliers overwhelmingly agree that “authentic experiences, which blend with their natural and social environment, are the new business imperative in travel.” The report continues: “It’s not about pampering clients anymore, or even about allowing them to spend conspicuously. It’s about transforming them and the way they interact with the surrounding world.”

These numbers reflect that while consumers are still quite price sensitive compared to 2008 – which makes sense given that most nations have yet to fully recover economically and challenges ahead seem to indicate a slow recovery – travel is back as a leisure priority and consumers are seeking quality experiences – at a better price. Pauline Frommer is calling the trend “Smartcations,” noting a Frommer’s survey this spring in North America that indicates more people are planning to take trips than the last two summers, with over half planning on taking multiple trips of four days or less while still seeking out high value, beautiful destinations, and a diversity of things to do. Frommer extrapolated: 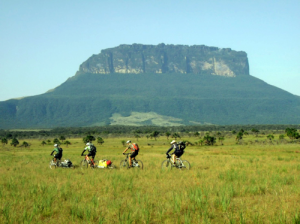 “I think the trend is clear…People want to get out and start exploring again. While many travelers might not yet be in a position to take a two week holiday overseas – most are interested in a four day getaway to a destination where they can experience a wide variety of new things. The focus has really become getting the most value possible from the vacation time you are able to take.”

This value and cost consciousness will continue to disrupt regional travel patterns in different ways depending on the local situation. In the U.S., the higher-than-normal cost of gas sees alterations in both flying and driving patterns, with some consumers driving more to avoid flight costs, and vice versa. Additionally, international outbound is expected to recover slowly and only in conjunction with the job economy. Travelocity’s annual “Traveler Confidence Report” showed strong intention for the majority of Americans to spend as much or more on travel in 2011 than in 2010 – yet they’re also planning to spend more carefully. Sixty percent of respondents reported having predetermined travel budget, up from 44 percent last year. The study reflects that many travelers are planning on shorter, more frequent trips such as long weekends, and 71 percent will rely on vacation packages to reduce costs.

The U.K. is in a similar situation, with most people veering away from “Staycations” but traveling domestically. Meanwhile, Australia travel is struggling due to their strong dollar and subsequent drops of both inbound and domestic travel. Cheap overseas travel combined with an increased financial sensitivity of the Australian people already has domestic travel patterns suffering, according to a Travel Trends article. The piece reports that a leading Australian economist, Shane Oliver, Head of Investment Strategy and Chief Economist at AMP Capital Investors, has predicted no return to the ‘consumer economy’ for the nation, but instead an increasingly price and savings conscious Australian consumer.

Meanwhile, in other parts of the world, the global focus on value could actually aid destinations whose travel industries – often among the largest contributors to their economies – are tattered from recent political and natural events. As indicated by FTNNews.com in their report on ITB Berlin 2011, Thailand’s robust tourism recovery this year from the fallout of political turmoil in 2010 was in part due to a “value for money” tourism campaign immediately following the disruption – a strategy the nation was able to shift back to a more usual approach based around the country’s natural and cultural offerings this spring. 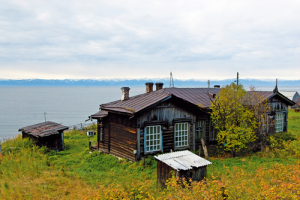 Such resilience from a long popular destination – aided by the global economic climate and travelers eager to experience “lifetime” trip experiences at discounted rate – should be encouraging to countries recently stricken with similar situations. Egypt, Jordan and Japan are likely to speed up the recovery of their own tourism economies while temporarily discounting travel as they prove their destinations are once again safe, a traditional tactic which currently should be more effective than usual.

How to approach value in this market? Travelers are considering bypassing far flung destinations to save on airfare, accepting a lower hotel quality, cutting back on trip expenses such as shopping and entertainment, and as mentioned, taking shorter trips. These considerations should be adapted into tour package offerings, which are likely to get a major boost. Value is the driving force behind the “Revival of Group Tours,” one on of the year’s top ten travel trends according to Cox & Kings’ Chief Operating Officer Thomas Stanley:

“With the economic recovery still in progress, many travelers are looking for the same exotic travel experiences at a lower price point. Group tours provide a more value-driven travel option without compromising the once-in-a-lifetime travel experience.”

Porini Camps and Gamewatchers Safaris has taken an alternative tactic, recently announcing a budget safari experience for as few as two travelers, who will enjoy the same access to Kenya game viewing as luxury travelers, but will bypass expensive accommodation costs by staying at a simple, tented camp equipped with guides, a cook and a shower, allowing for a personal,  small-group feel away from the crowds without a higher price tag. Managing director and 35 year veteran of Kenya’s eco and sustainable tourism industry Jake Grieves-Cook remarked:

“The economy has certainly changed, but we believe that the traveler has (for the better!), as well. Travelers today seek authentic cultural exchanges, true wilderness and simple comforts, all provided with top-level service. They are able to experience an intimate and authentic safari at a price-point that not only delivers high-value, but also allows an interested traveler to see what Africa is really about.”

So as the global industry shifts away from its critical lows from the economic recession, be aware that price slashing may not be the best way to capture the “New Consumer,” but instead maintain a focus on value-for-money centered around a quality, experiential product which delivers a lasting memory.

1 Comment to Trends Report: As We Recover, Value Remains the Word of the Day