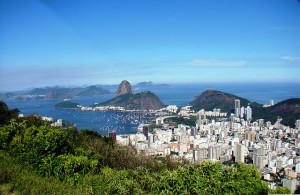 The number of international tourists visiting Rio de Janeiro increased by 8% in 2010 compared with the previous year, according to a study conducted by Embratur, the Brazilian Tourism Board.

The city received 1.61 million foreign visitors last year, compared with 1.49 million in 2009, an increase of 120,000 people and the highest level of international tourists in the last five years.

Revenues generated by tourism in the city came to over £1.2 billion.

RioTur – the Rio de Janeiro City Tourism Company – believes the total will be even higher this year, since Rio received 131 per cent more international tourists than expected for its Carnival in March.

“We are hosting a growing number of large-scale events which are attracting even more tourists.

Rio will host the 2016 Olympic Games and will also be a focus of attention during the 2014 FIFA World Cup, with the city due to host the final of the tournament.