Chilean tourism authorities advise that Chile’s major tourism destinations are operating normally, according to a preliminary assessment made by the Undersecretary of Tourism in conjunction with the National Tourism Service throughout the country.

According to information provided by the central government, on September 16, an 8.4-magnitude earthquake affected northern Chile. The epicenter was more than 174 miles from the capital Santiago, impacting mainly the cities of Coquimbo and Illapel, both located in the Coquimbo Region. 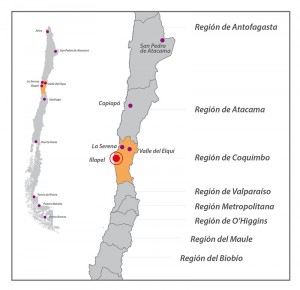 Immediately following the event, authorities ordered the evacuation of the entire central and northern Chilean coast as a precautionary measure. The evacuation order was lifted today, September 17th at 6:30AM local time. Localities which were not affected by the earthquake have returned to normal operations. Public and tourism services located on the coast of Chile are prepared to manage this type of situation in a calm, orderly and rapid manner at the call of the authorities.

The major tourism destinations in Chile, ranging from the Antofagasta region, as well as San Pedro de Atacama and surrounding areas, including the southern part of the country into the Patagonia region, are operating normally and have not been negatively affected.

In central Chile, the capital city of Santiago and surrounding areas, including Valparaíso and wine regions, are operating normally and were not affected.

Regarding the Adventure Travel World Summit (ATWS) to be held in Puerto Varas, October 5 to 9, the region of Los Lagos and the host cities for this event are operating normally. The area affected by this earthquake is located more than 622 miles from this territory; therefore, no damages are reported in the area.

The Regional Tourism Board in Los Lagos reports that both infrastructure and tourism activities are operating normally, as well as land, sea and air access routes.

The main routes connecting the country are operating normally. Sections that comprise the region of Coquimbo are passable but with caution.

For more information, visit www.mop.cl or follow on social media at: