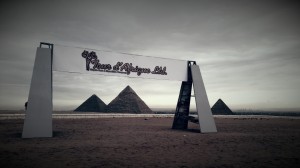 Toronto – Tour d’Afrique Ltd., the world’s first company to mount cycling expeditions in every continent, has changed its name to better reflect its worldwide reach. Starting this fall, the Tour d’Afrique, founded by Henry Gold and Michael de Jong in 2002, will be known as TDA Global Cycling.

“Our original name reflected where the company started and its founding mission,” says Gold, president and chief executive officer. “Now that we run trips on every continent, we need a name that reflects our internationalism and positions us for future expansions.”

TDA Global Cycling grew out of Gold’s desire to promote bicycles as an inexpensive solution to Africa’s transportation woes while he managed an international NGO. What started with a four month cycling trek from Cairo to Cape Town has spread across the globe with tours, ranging in length and required skill level, on every continent.

Since the first journey in 2003, over 1200 people have participated in tours, traversing 60+ countries. Current routes include the Tour d’Afrique (Cairo to Cape Town) the Orient Express (Paris to Istanbul) the Silk Route (Beijing to Istanbul), North American Epic (Anchorage to Mexico City), South American Epic (Cartagena to Ushuaia), Trans-Oceania (Sumatra to Sydney) among others.