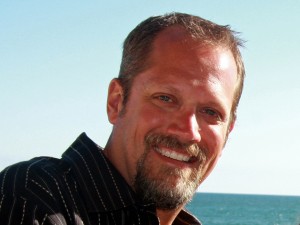 According to Perrin, “The travel planners featured represent the best blend of destination knowledge, insider connections, user-friendliness, and value for your dollar that I’ve found in more than two decades of scrutinizing the travel industry for this magazine. They have all been road-tested by Condé Nast Traveler readers, editors, or both. Of the more than 10,000 travel agents and tour operators who have tried to break onto this list since its inception 14 years ago, only a tiny fraction have made the grade. Getting into this group is, statistically speaking, tougher than getting into Harvard.”

Smith was humbled upon hearing that he was being singled out for this honor although he was also quick to give some credit for his company’s meteoric success to one of his vacation sales consultants, Andrew Browning, who in 2011 received TravelAge West’s Wave Award in the category of “Trendsetters – Upward Bound, Rock Star Agents Under 40”.  This distinction was repeated again in November, 2012 when Browning was named as one of Travel Agent Magazine’s 35 Rising Stars Under 30.

Browning, with AdventureSmith Explorations since 2007, specializes in assisting clients with all aspects of a small ship cruise vacation. He is a certified expert onCosta Rica,Guatemala,Panama andAlaska. Although when asked about his own success, Browning replied, “Todd Smith is the true rock star in the office. He taught me all I know about small ship cruising!”

“We have built strategic brokering partnerships with many of the biggest and best names in small ship cruising as well as the smaller, boutique ships that don’t usually make it on the cruise traveler’s radar. However I need to be clear that while we specialize almost exclusively as a booking resource for small ship cruising, we are not a cruise line and we do not own or operate any ships of our own,” said Smith.

He added that today the company represents 65 yachts and small expedition ships with passenger capacities from 8 to 189.