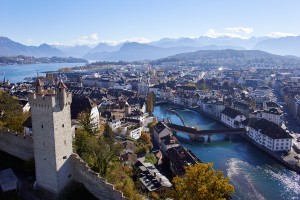 The ATTA’s annual Adventure Travel World Summit (ATWS) often has a lingering influence in the host destination, revealing itself through new business and the continued development of responsible tourism initiatives. The ATTA checked in with long-time partners, Switzerland Tourism and Lucerne Tourism, host of the 2012 Summit, to learn more about some of the returns to the destination.

“Three years later, we are still seeing a positive impact,” says Alex Herrmann, Director of the Americas with Switzerland Tourism, “namely through the awareness we generated with the hosting of the Summit and the reputation of Switzerland as the adventure capital of Europe and beyond.”

The region of Lucerne in particular, already well diversified, has been expanding to new heights in recent years—quite literally with developments such as the creation of a new gondola carrying guests to the top of Mt. Titilis, 40 kilometres from town, which gives guests a breathtaking view of the region. Meanwhile, Lucerne Tourism, since the Summit, also has shifted its sales and media tours more toward soft adventure. 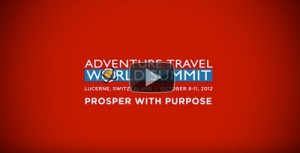 And, it’s no wonder, as one of Lucerne’s main strengths is in its strong diversity, both in the geography of the region and the activities proposed. Visitors to the region often use Lucerne as a home base while exploring the region’s impressive mountains, lakes and forests while participating in activities such as hiking, cycling, traditional and Nordic skiing.

Largely made possible as a result of the positive attention garnered by the ATWS, “The Waldstätter trail was reopened in May 2015 as a classical long distance walking trail on the occasion of the anniversary (200 years of hospitality) we are celebrating this year,” explains Sibylle Gerardi, the Head of Corporate Communications at Lucerne Tourism. Reopening the Waldstätter Trail further develops the diversity of adventure possibilities in the Lucerne region.

Not only that, but the ATWS also put a media spotlight on the region, increasing interest even more for Swiss adventure travel. “After hosting the Summit, we saw results starting immediately with the attending media, and, within a one- to two-year delay, the introduction of new products by several tour operators,” affirms Herrmann. 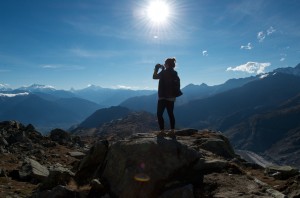 Gerardi also defines some trending activities in Lucerne, such as agro-tourism, culinary arts, as well as green and sustainable travel, going on to say that Lucerne Tourism is in the process of launching a mini website that will present all of these offerings together under the umbrella of their “conscious travelling” strategy.

Gerardi also states that, thanks to their region’s spectacular mountain scenery, they will be focusing on hiking and biking, introducing new trends such as bike touring and e-bikes. To support these developments, the Lake Lucerne Region has introduced the “Tell Pass,” which is a ticket valid for the public transportation (train, bus, boat, cable cars etc.) within the region. This initiative encourages travelers to leverage existing infrastructure – in the form of year-round convenient, comfortable, cost-efficient and more sustainable transportation solutions to explore the region.

Adding to the transportation discussion, Herrmann notes, “E-bikes have become very successful. They are a great way for a group, family, or even a couple to travel together, particularly in a mountainous country such as Switzerland.”

While promoting Lucerne as an adventure travel destination, Gerardi indicates that after careful consideration of their markets, Lucerne Tourism focuses largely on soft adventures such as hiking and biking—including e-biking—in an effort to draw in the largest fraction of the market. This is also the case in its partnership with Switzerland Tourism in an effort to invest in Swiss trails and natural landscapes.

Since the 2012 ATWS, Lucerne has become even more internationally recognized as a global hot spot for adventure travel. “For Switzerland, active travel has been a growing segment of the tourism industry,” says Herrmann. “We have seen considerable increases in luxury travellers who are interested in soft adventure experiences, mostly hiking or biking.”

With a solid domestic as well as broad international client base from North America, Europe, Asia and the Gulf, Lucerne serves as a home base for visitors to the entire region. Lucerne Tourism is also preparing for new markets, such as a possible increase in Chinese tourists who, according to some experts, are expected to start travelling in smaller groups, or even individually, in the coming years.

“All spots are reachable in a short time and very convenient, which also reflects our slogan: The City. The Lake. The Mountain,” Gerardi states. “To have the lake and the mountains close to the city will help us to promote the offers beyond the city and adventure-related experiences.” 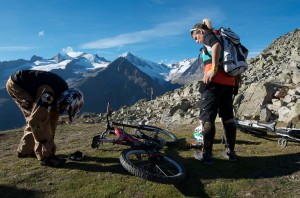 In general, Swiss Tourism has also noted an increase in interest for authentic experiences. Herrmann attests that they are working more with locals in order to provide experiences, with wine and cheese makers, for example, in order to immerse travellers into Swiss culture and traditions. The buyers and journalists who attended the 2012 ATWS have continued to encourage suppliers in the region to do just that.

The biggest draw of the region, Gerardi concludes, is “the city and its cultural heritage combined with lake and mountain adventures nearby. In Lucerne, it’s possible to wake up in the city, participate in glacier adventure in the morning and to spend the evening on the lake.”

In a nutshell, Lucerne has seen many new developments in the last few years, the opening, or re-opening up of new trails, the creation of new cycling routes and tours, the establishment of new gondolas and cableways to access Lucerne’s spectacular mountain tops, plus the diversification of tours and activities proposed by tour operators, among others. In the last few years, Lucerne has been able to focus on providing top-notch adventure travel to become the globally recognized adventure tourism destination that it is today.

“We’re convinced that the desire to spend time with activities such as hiking and biking in the pristine natural environment of the Swiss Alps will only increase in the future,” Herrmann notes. It is this conviction – and that of his regional destination partners within Switzerland – that the upward trends and the impact of engagement with the global adventure tourism community through the ATTA and its specialized events is working. This belief has led Switzerland Tourism and Interlaken Tourism to partner with the ATTA in 2016 at two North American events: AdventureELEVATE in Saguenay, Québec and the Adventure Travel World Summit in Anchorage, Alaska.