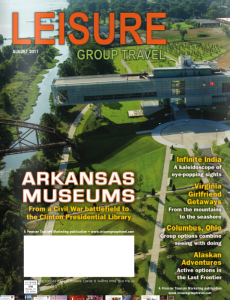 Tourism continues to occupy an important position in the global economy. It has been called the greatest voluntary transfer of wealth from rich to poor countries (Ashley, 2009). And, in both developed and developing countries, the sector commands attention as a means of sustainable economic development. For example: Ecuador’s president Rafael Correa’s 2011 goal is to see tourism become the chief source of income (over oil) for the country, and in the United States, President Obama signed the Travel Promotion Act, the first-ever national travel promotion and communications program to attract more international travelers to the U.S.

Adventure tourism as a subset of the leisure tourism industry is rising in prominence, as evidenced by Mexican President Felipe Calderon’s statement during the December 2010 COP 16/United Nations Climate Change Conference: “Mexico needs to become the champion of adventure travel.” Mexico is but one among many destinations worldwide recognizing and awakening to the positive and powerful potential of adventure tourism – and the market demand helping to drive the sector.

As evidence, a February 2011 ATTA survey of nearly 100 tourism boards covering six continents also reveals an increasing appetite for adventure: When asked, “How has the importance of the Adventure Tourism sector for your tourism organization changed?”, 89% responded that the sector is being given “increasing importance” within their organization, this versus the 42% indicated for “Prior to 2007”. Furthermore, 52% of tourism boards had not yet recognized “Adventure Tourism” as a stand-alone category prior to 2007. Today, a full 85% of responding tourism boards now recognize Adventure Tourism as an independent travel sector. These same tourism organizations reported similar growth in the private sector, as has the ATTA, whose membership growth globally continues at a steady and solid pace despite recent economic volatility.

For the group travel community considering tapping the US$89 billion adventure tourism market (Source: 2010 Adventure Travel Trade Association, The George Washington University and Xola Consulting Adventure Tourism Market Study), knowing why its growing and how to do it responsibly is essential to acceptance and success in the space.

In large part, adventure travel is gaining favor because it involves healthy-physical activities, allows for a deeper cultural exchange with different people, and an appreciation for the fragility of places. It also is more often viewed as a “guilt-free” holiday option given that money spent can penetrate more deeply into communities, contributing to local economies. It is transformative and turns travelers into passionate evangelists and advocates travelers’ first-hand experiences tend to leave powerful and lasting impressions, often inspiring thoughtful and helpful action. In this vein, adventure travel focuses on triple bottom line of people, planet and profit.

Responsibly engaging in adventure tourism development is no easy undertaking, but there are plenty of resources to guide thoughtful involvement. Presently, the ATTA offers Webinars and Regional Meetings on a host of topics for on sustainability efforts and best practices, details of which are regularly featured in AdventureTravelNews.com. And, later this year, the ATTA will officially launch its new ATTA’s AdventureEDU initiative, a university-level adventure travel education and training program. The ATTA also will soon provide access to the industry’s most comprehensive resource of “best practices” for operating in fragile environments, working with indigenous peoples and wide array of other topics.

And, as always, the ATTA’s annual conference, the Adventure Travel World Summit (www.adventuretravelworldsummit.com), is where members of the entire adventure tourism supply chain representing more than 50 nations explore the trends, research, issues and opportunities and seek solutions central to the rising prominence of Adventure Tourism and its staying power. And, while the ATTA’s October 17-20, 2011 ATWS set for Mexico has sold out, interested parties may secure a delegate seat for the 2012 ATWS by emailing [email protected]