How quickly will Philippines tourism bounce back after two consecutive devastating catastrophes? A strong marketing campaign can speed up recovery efforts while the private sector could further help to stimulate demand with attractive packages and low fares. 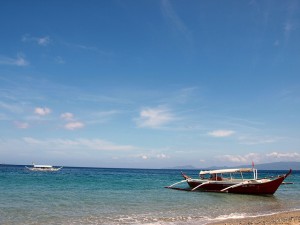 Manila – With almost three million people employed in the tourism industry, it is vital that visitors keep coming to support the Philippines’ economy, the Philippines department of tourism explained recently. The plea came from official as they believe that holiday spenders would speed up the country’s recovery in the aftermath of Typhoon Haiyan.

Most of the country was left unscathed, except Central Philippines around the Visayas islands.“97% of the country has not been indeed affected,” Richard de Villa of the department of tourism at the Philippines embassy in London told recently to the newspaper “the Guardian.” ‘If you stop tourism it will have a more negative impact on the local communities because of the role in our overall economy.’

Experts estimate that it would take between three and six months to see regions affected by the typhoon bouncing back. This time frame has been measured in precedent natural disasters or terrorist attacks which affected Asia. Bill Barnett, managing director of C9 Hotelworks, pointed in a recent presentation about “Manila Hotel Market” to what he calls “big event syndrome”.

It generally requested between three- to six-month recovery occurred for Japan’s east coast from the 2011 earthquake and tsunami; Bali from the bombings of 2005; and Indonesia, Thailand, the Maldives and Sri Lanka from the 2004 tsunami. He explained that the memory of bad events among visitors remain short.

Meanwhile, the Department of Tourism will go on with its campaign “It’s more fun in the Philippines”, launched a year and a half ago, despite the tragic events from October and November 2013, sticking to its forecasts of 10 million foreign travellers by 2020 compared to 5 million in 2013.

By the end of 2011, visitor arrivals reached 3.92 million up by 11.3%, In 2012, tourism reached 4.3 million arrivals, a slightly lower figure than originally expected due to a diplomatic row with China. By 2016, the DOT aims to see some 10 million foreign visitors troop to the Philippines.