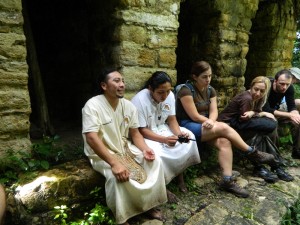 Imagine most any warm-weather adventure tour you could do in the United States and it’s probably on offer in Mexico. But in Mexico you can add much more to the list: jungle hikes, trips to remote Mayan ruins, swimming in underground pools, surfing in year-round warm water, and scuba diving along the world’s second-largest coral reef. Oh and yes, you can climb a mountain that has snow on top if you really want.

Yet even those of us who have lived in Mexico for a time or count our visits to the country in double digits have no idea how many of these adventures are out there. As I strolled the booths at the ATMEX convention (Adventure Travel Mexico) in Veracruz, I kept thinking, “I didn’t know you could do that there.” Roughly half the states in Mexico were exhibiting and all of those had a dizzying array of activities on the menu from local tour operators. Dozens of rivers to raft, caves to explore, mountains to bike, and hikes that moved across jungles or desert landscapes – all in places you have never heard of and probably can’t pronounce. If you want to be a pioneer and go somewhere nobody else you know has been, you don’t have to head to the other side of the world. A few hours in a plane will get you there.

When it comes to adventure tourism, Mexico is both blessed and cursed. The country is blessed in the sense that it has the kind of natural wealth that blows away any country to the south of it. No nation in Central or South America has as much diversity in its landscapes, as much variation in topography, and so many regions that can support activities on land, rivers, lakes, and two oceans.

Mexico is also blessed with a strong domestic tourism industry, one that easily supports its tour operators and travel infrastructure. Sure, upper crust Mexicans love to go to Vegas, Orlando, and Barcelona when they can, but they and the ever-expanding middle class also go on a lot of local adventure trips that are within bus or driving distance. Add in business incentive trips, church trips, and club activities and you end up with a very healthy environment for adventure operators.

This domestic health is in some ways, however, also a curse. It often came up during the ATMEX conference that some 90 percent of the business for Mexican tour companies collectively is from Mexicans. If you took the coastal operators out of the picture and just focused on the interior, that percentage would likely be closer to 95 percent. Whereas operators in Costa Rica, Belize, and Chile get the majority of their business from foreigners, and cater to them because of it, many Mexican tour operators are focused exclusively on the domestic market and see only a few foreign groups a year. 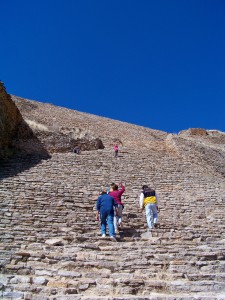 Repeatedly within the conference breakout sessions and conversations that Mexico faces several perception problems. Some are unfair: the perception that violence in the country is a widespread issue for tourists throughout the country continues to dog areas where the crime rate is actually lower than much of the United States. Other perceptions, however, are more justified. Sanitation is still a tourist fear in a country where tap water isn’t treated. The lack of qualified English-language guides, especially in the interior, was another common concern from the foreign buyers who cater to tourists from the U.S., Canada, and Europe.

“Many of my clients have already been to Chile, Costa Rica, Peru, and other places in the Americas,” said one wholesaler. They expect to be able to communicate in English as they did on other tours.”

“My clients in northern Europe already speak three languages,” said another. “They should be able to get by as they do elsewhere in the world without learning Spanish too.”

In a session on adventure travel in San Luis Potosi, a landlocked state that has fantastic activities on offer but sees very few foreign visitors, language and service issues came up in questions from the audience. This led Antonio del Rosal, Executive Director of Latin America for ATTA to make an obvious suggestion: charge more.  “Your tours are priced for the domestic market,” Antonio told Martha Santos, founder of MS Xpediciones. “Foreigners from wealthier countries will pay more for better food, better service, good guides. So offer them more but at a higher price point.” 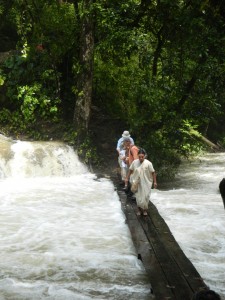 In fact we already see this working in resort areas, where tour companies who were attending from Baja Sur and Riviera Nayarit are able to charge a premium price for premium service. When U.S. visitors go whale watching, kayaking, or snorkeling in these regions, they pay far more than they would per day for activities in the interior. In return though they have guides who are fluent in English and the little details that make a tour great instead of just good are planned out and executed well. Luxury hotels in these areas can feel confident sending their guests out with these operators, or even bundling their experiences into packages, because they know foreign tourists with high standards will come back happy.

Getting the Word Out

Enticing foreigners to visit the non-beach areas of Mexico will likely also remain a challenge for a long time to come. A tour operator from Chiapas remarked to me that most of their foreign visitors are on their fourth or fifth trip to Mexico. Only after they have dipped their toes in the water at the beach a few times do they feel confident enough to venture inland to lesser-known areas. The Europeans are perhaps a bit more adventurous in that respect, but their numbers are naturally smaller since they have much further to come and have fewer flight options.

So how do state tourism boards and operators from the interior reach these millions of North American foreigners who have already been to Mexico more than once? How are they convinced to give adventure travel south of the Rio Grande a try? 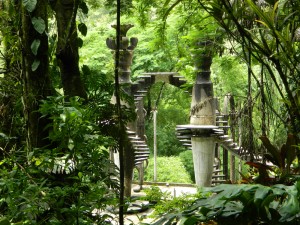 Inviting editors, writers, and bloggers who are fans of Mexico is a good start, which is why I and many others were in Veracruz to stroll the convention floor and get out into the countryside on our Day of Adventure. Inviting them back for more extensive tours as a follow-up will help too of course. So will more marketing resources from Mexico going into blogs and social media rather than just full-page ads and advertorial in traditional print media. Readership is declining steadily for print and there are better ways to target those interested in visiting Mexico for adventure rather than just beach relaxation or cruising. What worked in advertising 15 years ago (and maybe still does in the domestic market) is not going to work to attract foreigners living in the digital age.

State tourism boards will also need to be more responsive to foreign press efforts. Bloggers and editors I spoke to at ATMEX remarked with alarming frequency about e-mails and phone messages to state tourism boards in Mexico that went unanswered, often in areas that could most use the media coverage. The tourism boards and adventure companies will need to get better at helping those who want to help them. These contacts are often from the web publications and blogs that the adventure travel consumers are using to decide where to go on vacation. 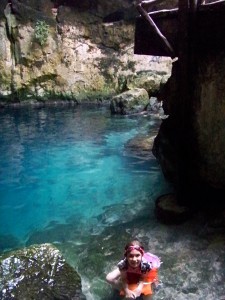 If the national Mexico tourism board, the state tourism boards, and local tour operators can continue to find ways to connect with foreign buyers, media, and travelers, the future looks bright. A healthy adventure travel sector that has such a wealth of outdoor activities to access has the potential to explode in the coming years. As we’ve seen from the phenomenal growth of tourism in Mexico overall—despite some serious setbacks that would have derailed a weaker country—there’s great power in having two wealthy neighbors to the north and frequent flight connections from Europe. Mexico also has the built-in advantages of easy access, unique food, and colonial cities that offer plenty to do and see when the adventure day is done.

I had one of the best river rafting trips of my life on the Rio Antigua in Veracruz with operator Rio Salvaje and it was great fun zip-lining across the river afterwards. As I’m living in Guanajuato for the next two years, I’m working on plans to do a family cowboy adventure with Coyote Canyon Adventures, returning to a stylish hotel in San Miguel de Allende during the nights in between. On future trips I’m planning to write adventure tour stories beyond the beaches in the states of Oaxaca, Baja Sur, Jalisco, and San Luis Potosi. Perhaps someday I’ll get to the Copper Canyon for the first time and return to Chiapas as well. If I did everything I wanted to do from what I saw at ATMEX, there would be enough to fill every week for a year…

Timothy Scott Leffel is president of Al Centro Media, a collection of travel webzines and blogs. He actively edits and writes Mexico articles for Luxury Latin America and Perceptive Travel.