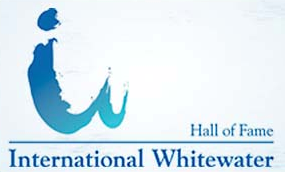 Bryson City, NC – Whitewater paddlers from around the world will gather to induct the Class of 2011 Whitewater Hall of Fame (IWHOF) Saturday evening, October 15th at the Sierra Nevada House in Coloma, California, USA.
“We hope to see IWHOF Alumni and friends from the paddling community to celebrate the past and future of whitewater,” notes Risa Shimoda, IWHOF Chair and International Whitewater Hall of Fame 2010 Inductee. “We invite all who have competed, explored, and played on whitewater rivers to join us in recognizing the Hall of Fame Class of 2011 and to honor the rich history of whitewater paddling.”

Explorer – Richard Bangs (USA): Richard Bangs has been the preeminent whitewater rafting explorer of the last 40+ years. His always inquisitive mind and spirit of adventure has led him and his Sobek teammates to pioneer whitewater rafting on rivers throughout the world.
Champion – JP Burny (Luxembourg): Jean-Pierre Burny is often considered one of the greatest whitewater downriver paddlers of all times. He was the dominant force in K1 downriver racing in the 1970’s winning four world championships over a ten-year time frame.

“We are so proud to have an opportunity to honor these paddlers,’ notes Ed Councill, Chief Executive Officer for the Paddlesports Industry Foundation.  “They have inspired us  through their tremendous drive and dedication to the treasures humans can find only on rivers.”

The International Whitewater Hall of Fame is a program of the Paddlesports Industry Foundation whose mission is “to recognize and honor individuals who have made significant contributions to whitewater-
related activities.” IWHOF is endorsed by the International Canoe Federation and International Rafting Federation.  Honorees are chosen through nominations submitted through its Affiliates, a screening committee and a body of international electors. The 2011 induction weekend is supported by California’s paddlers, led by Keith Miller, owner of California Canoe and Kayak.