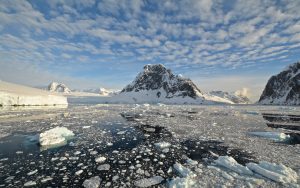 The Explorer’s Passage, the leader in historical-based adventure travel, is joining forces with the legendary polar explorer Robert Swan, the first person to walk to both the North and South Poles, on an historic expedition to Antarctica named: ClimateForce: Antarctica 2018. Aligning their vision and passions, the mission is to use adventure as a vehicle to help preserve the history of planet Earth.

Each adventure offered by The Explorer’s Passage tells a unique story, and provides guests with the opportunity to step back in time and follow in the footsteps of history’s greatest explorers and luminaries. The partnership with Robert Swan will focus on the story of planet Earth, while at the same time providing leaders of all ages with resources and actionable solutions to become a part of a global force in the fight against climate change.

“In my travels across the globe I have had the opportunity to witness the effects of climate change firsthand. It became clear to me that the next story we wanted to tell is the greatest one of all, that of Planet Earth.” says Jeff Bonaldi, Founder of The Explorer’s Passage. “The Story of our planet has lasted billions of years, and the reality of climate change has the power to radically reshape our future. The need for massive action to combat this issue has never been more important, and I cannot think of anyone better to help lead us in this fight than Robert Swan.” 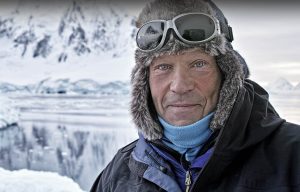 The timing of this expedition is unique. In November 2017, Robert Swan will make one last expedition to the South Pole with his son Barney, on a mission known as the South Pole Energy Challenge (SPEC). This father and son team will ski on a 600 mile journey surviving solely on renewable energy, a first in polar-exploration. Using this expedition as a platform for engagement, they hope to challenge and inspire people to make measurable changes to how they use energy in their businesses, communities, and lifestyles.

One month after their return, in February 2018, Robert and Barney will join forces with The Explorer’s Passage on ClimateForce: Antarctica 2018. Together, they will work together on this special voyage to equip leaders with the resources and actionable solutions to become a part of a global force of change.