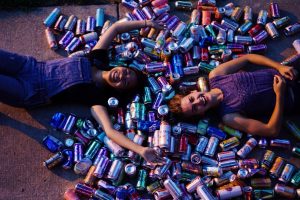 The Explorer’s Passage (TEP), a social impact adventure travel company, and the Cans for Kili Foundation, a non-profit charity, are partnering on improving the environment through eco-funded carbon-neutral expeditions to Mount Kilimanjaro.

Cans for Kili was founded by a 23 year old woman named Christina Zerfas who during her journey to Antarctica in 2018 learned about the many ways climate change is affecting the world. Moved to take action in both her local and the global community, she returned home to start the organization.

There have been a number of research studies performed which are linking the deforestation around Mount Kilimanjaro to climate change. In an effort to reverse the effects, the team is making an impact by pledging to recycle 1.2 million cans and plant thousands of trees throughout the world.

“It is absolutely critical that we work with organizations like Cans for Kili to protect the places we explore,” says Jeff Bonaldi, Founder & CEO of The Explorer’s Passage. “Our mission is to incorporate sustainability initiatives within each of our adventures so that we can explore the planet in an environmentally conscious manner.” 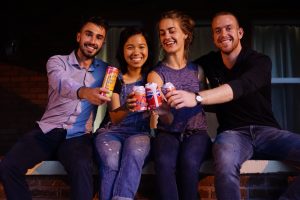 Mount Kilimanjaro, the tallest freestanding mountain in the world, is situated in the northeastern region of Tanzania. It is one of the most sought after destinations for trekkers and is the most climbed of the “seven summits,” the tallest mountains on each of the continents. With as many as 45,000 people attempting to summit Kilimanjaro each year, the mountain and its surrounding areas have been victim to much environmental decay and widespread deforestation.

“Climbing Kilimanjaro is sure to be an adventure but what gets me most excited about this expedition is the opportunity to make it something more,” says Zerfas, Founder and “Chief Schemer” of Cans for Kili. “This is a way for our team to give back to a world that has given us so much.”

The Cans for Kili team, which is headquartered in Indianapolis, has grown rapidly since the founding of the initiative. With participants all across the world, in India, Germany, and Indonesia, as well as independent initiatives in other American cities like Denver, Cans for Kili’s mission has evolved to do more than protect one place or one mountain, but to start a movement of environmental awareness and sustainable consumption across cultures and geographic regions.

To learn more about the Cans for Kili initiative please visit the link below: