Ready to get close and personal with the Chubby Unicorn? Adventure for Rhinos offers just the thing – adventure, sport, wildlife…all for a good cause. 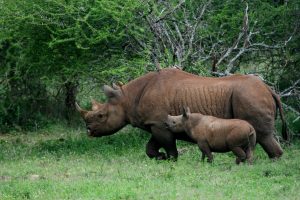 Located under the volcanic majesty and allure of Mt. Kenya, Africa’s second tallest peak, Laikipia is home to over 50 percent of Kenya’s black rhino population and over 70 percent of its white rhino population. Laikipia is also home to the greatest density of wildlife in Kenya and serves as a successful conservation model throughout Africa. And, while rhino conservation in Laikipia has had some success, the growing population needs more space to grow.

In the last 40 years, Kenya has lost nearly 70 percent of its large mammals. This has not only been catastrophic to existing ecosystems, but robs future generations from enjoying the unique wildlife of the country. 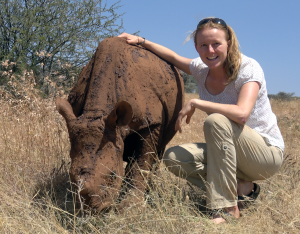 The Laikipia Forum has been involved in rhino conservation since its inception in 1992, and works in collaboration with a multitude of Laikipia’s natural resources stakeholders.

The Forum is working with Laikipia residents, friends and the international community to establish the Rhino Revival Fund. This is one of the important local steps to realize the Black Rhino Action Plan and an important stepping stone in endangered species conservation in Laikipia. The black rhino is the first conservation effort focused on at least 5 endangered or critically endangered species in the Laikipia landscape. The Fund is managed by the Laikipia Forum (LF), a 20,000 strong membership conservation network and non-profit organization in Laikipia, Kenya.

For the residents of Laikipia, rhino conservation means more than just protecting these majestic animals, it is a sign of respect for this iconic, native species and part of a more comprehensive biodiversity and landscape conservation goal that includes employment, security, social services, and tourism. 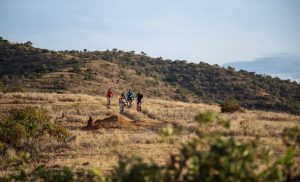 Adventure for Rhinos is a once-in-a-lifetime biking and hiking adventure safari dedicated to support for the chubby unicorn – black rhinos – in this iconic landscape. Money raised through the trip will support the Rhino Revival Fund, and thereby support the local economies of communities on the front lines of critical environmental stewardship.

For the organizer of the trip, Tara Hetz, Adventure for Rhinos is a personal initiative to support two things she loves: adventure tourism and conservation. Tara is the coordinator of this 12-day multi-sport, customized safari being held from February 1st to 12th, 2020. The trip includes mountain biking in at least three conservancies, rhino tracking, climbing Mt. Kenya, interaction with conservation leaders and up close and personal observations of wildlife. The trip price includes a donation to the Rhino Revival Fund. For anyone who would like to join Tara, it is an exceptional opportunity to participate in the conservation of one of the most iconic of our endangered species. Learn more about the trip here. Those who can’t join the trip, but still want to support the Rhino Revial Fund, can make a donation here.