At least 30 people were killed and 170 others injured in coordinated terrorist attacks in Brussels, Belgium on 22 March 2016 that targeted the Brussels Zaventem Airport (BRU) and a metro station. The attacks come just four days after police captured Salah Abdeslam, a suspect in the Paris terrorist attacks in November 2015, in the Molenbeek area of Brussels. Clients in Brussels are advised to shelter in place and stay out of public areas until the situation becomes stable. 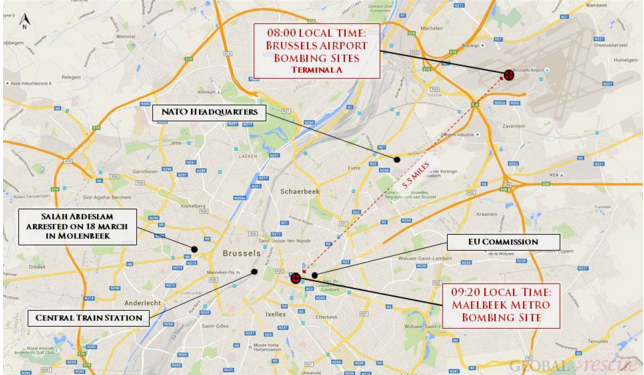 In an effort to keep Global Rescue members and clients informed about potential threats and emerging international medical and security risks, their Intelligence Team and Security Operations Team, made up of Special Operations Veterans, have prepared the following summary assessment and advice for those traveling in or to these areas.