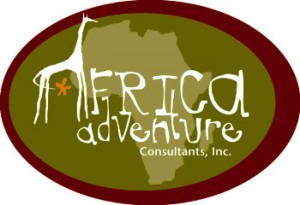 DENVER, CO – The Tanzania Tourist Board announced recently that Africa Adventure Consultants has been named 2010 Best Tour Operator focusing on development of that country’s southern/western circuit.

“We are honored to have received this prestigious award from the Tanzania Tourist Board,” said Kent Redding, president of Africa Adventure Consultants. “Southern and Western Tanzania are not only areas of expertise for us, but also home to some of our favorite parks, reserves and safari activities in Tanzania.”

“These areas offer incredible beauty and natural diversity and they hold a special place in all our hearts,” said Redding, who with his wife, Kelly, lived in Tanzania for three years and has sold safaris there for more than 12 years.

The Tanzania Tourist Board established the Tanzania Tourism Awards in 2001 to express its support and appreciation to the travel professionals and media who have worked hard promoting and selling Tanzania from the world tourism market, and as an incentive to increase the numbers even more in the coming years.

The award was announced May 17 in Banjul, The Gambia, as part of the Africa Travel Association Congress, by the Hon. Shamsa Managunga, Tanzania’s Minister of Natural Resources and Tourism, at a Gala Tanzania Night Dinner.

Africa Adventure Consultants was also the recipient of the 2004 Tanzania Tourist Board Humanitarian Award.