Pascal Prinz is the new Market Manager Canada for Switzerland Tourism, the Swiss National Tourist Office, starting in Toronto on November 1st. Mr. Prinz will be responsible for the marketing and promotion of Switzerland as a travel, vacation and convention destination in Canada. He is succeeding Evelyn Lafone, who, after three successful years in her position, was appointed District Manager Southern Germany, based in Stuttgart. 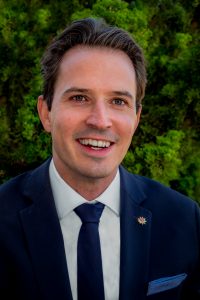 Mr. Prinz is a marketing specialist with international experience in travel and public affairs. Before joining Switzerland Tourism, he worked as Trade Relations Manager (Europe) for the Swiss Ministry of Economic Affairs in Bern and held positions with the Swiss Ministry of Foreign Affairs at the Embassies of Switzerland in Berlin and Washington DC. Mr. Prinz holds a Dual Master’s Degree of Arts in International Affairs and Governance (University of St. Gallen), including a year at Science Po Paris, and also a Certificate in International Business Management (Georgetown University, Washington DC).