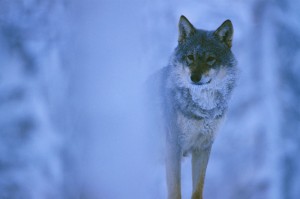 The large Swedish animals – elk, bear, wolf and eagle – are attracting more and more visitors. The winter’s eagle safari weekends in Skåne are fully booked, the wolves of Dalarna are attracting English groups, birdwatchers from the USA are coming to Västmanland to observe owls and woodpeckers, and the summer’s bear-tracking tours in Hälsingland are already 80 percent booked.

The past ten years have seen the appearance of a number of professional operators throughout Sweden offering activities based on wildlife and bird observation. Leading the development are ecotourism operators, virtually all of which have been awarded the quality mark, Nature’s Best. Most began their operations after the start of the millennium – only a few companies are older. 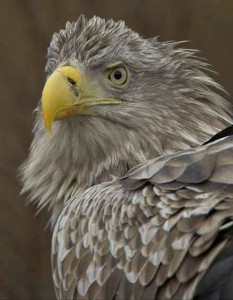 In Skåne in southern Sweden, eagles are attracting record numbers of visitors.

In Skåne in southern Sweden, eagles are attracting record numbers of visitors. Over 300 people have booked places on the eagle safaris this winter, and all the weekends are fully booked. Janne Olsson of Landskapet JO comments,

“I have guided many thousands of nature enthusiasts on wildlife safaris in the past five years. People’s interest in unique outdoor experiences just seems to be ever-increasing.”

In Hälsingland, Vargas Vildmarkslodge arrange bear tracking activities for Swedish and international guests. The company, which last year won the Grand Travel Awards Ecotourism Prize, reports that 2011 looks like being its best year ever.

“In total, we have capacity for around 250 people per season, and over 80 percent of all the places are booked already, and we’re only in early March,” explains Håkan Vargas.

The Nature’s Best range of bear-related activities has also been widened lately. In the forests north of Orsa, with its abundant bear population, Björn & Vildmark arrange various excursions in collaboration with Sweden’s leading researchers into the animal. The aim is not to have a direct encounter with a live bear; instead, the bear’s winter den provides the starting point for news of the latest research findings about bears and a vibrant, fact-filled description of the animal’s life and living habits.

Guests from Germany, the Netherlands and France have been attracted by Västmanland’s broad range of woodpeckers and owls. 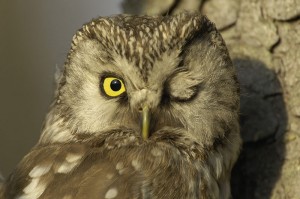 Birdsafari Sweden is Sweden’s biggest operator in terms of birdwatchers from abroad. Initially, visitors from the UK were dominant, but guests from Germany, the Netherlands and France have been attracted by Västmanland’s broad range of woodpeckers and owls.

“This year, we will be receiving our first groups from North America. I’m really surprised that not more people have realised the commercial potential of animal watching and tracking,” says Daniel Green, who has run commercial bird safaris for eight years.

Sweden’s perhaps most renowned safari guide is Marcus Eldh, with his company Wild Sweden. Marcus was inspired by the tourism based on the orangutans in Sumatra and, in 2002, decided to do the same thing with Swedish elk. Qualifying for the Nature’s Best quality mark was one way to develop his business and products, and a number of years and several fine awards later, wolf and beaver safaris have joined elk on the menu. Thousands of guests from more than 70 different countries have been on guided safaris in the forests of Bergslagen, and these successes led to Skogens Konung being awarded the Ecotourism Prize for 2009.

“It’s at least as exotic to see a Swedish wolf or bear as it is to see mountain gorillas in Africa,” says Marcus Eldh. “Ecotourism adds value to our large mammals and improves their status.”

The Swedish winter is exotic, and the sense of being in the wild is even stronger when you know there are wild wolves out there in the forests. 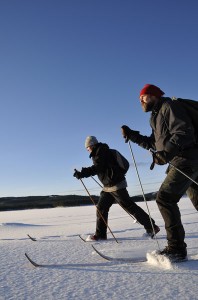 Ecotourism as a way of creating alternative economic value is cropping up more and more in the heated debate in Sweden about the wolf, and now the visions are starting to become reality. This winter several groups from the UK are visiting the forests in Dalarna to track wolves.

“For English people, the Swedish winter is exotic, and the sense of being in the wild is even stronger when you know there are wild wolves out there in the forests,” explains Anders Ståhl, who has been tracking wolves for more than 15 years.

”My groups spend several hundred thousand Swedish crowns on accommodation, food, equipment and guide services here in Dalarna. This contributes to the local economy and helps to create both employment opportunities and generate tax revenues.”