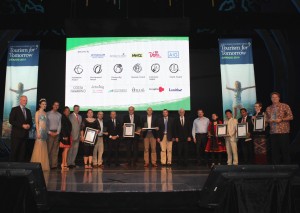 World-leading sustainable tourism businesses and destinations around the world have been recognised at the 2014 World Travel & Tourism Council’s (WTTC’s) Tourism for Tomorrow Awards.

It was also announced that Fiona Jeffery, Chairman of Just a Drop and former Chairman of World Travel Market, will take over as Chair of the Tourism for Tomorrow Awards.

The Awards, which are being held as part of WTTC’s 14th Global Summit in Hainan, China, showcase and celebrate sustainable tourism businesses and destinations around the world, which are successfully balancing their obligations to their people, the planet and their profits.

David Scowsill, President & CEO, WTTC, says: “The WTTC Tourism for Tomorrow Awards are aimed at recognising those businesses and destinations which protect natural and cultural heritage and improve local livelihoods around the world. Two new categories, recognising Innovation and People, have been introduced this year to broaden the scope the awards. We need to celebrate the winners but also learn from them to ensure the Travel & Tourism industry has a sustainable future”.

Costas Christ, Chairman of the Judges of the Awards, for the final time after 10 successful years, says: “Hundreds of unique applicants applied for the Awards this year. This year’s winners show that embracing sustainable tourism principles and practices is a full time responsibility to both current and future generations of this finite and fragile planet that we all share.”

The six 2014 Tourism for Tomorrow Award winners are: 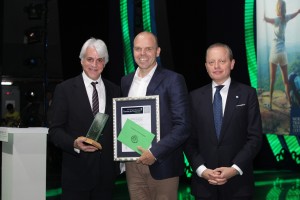 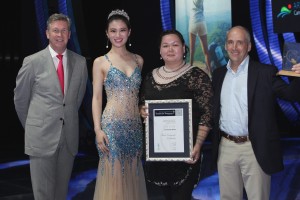 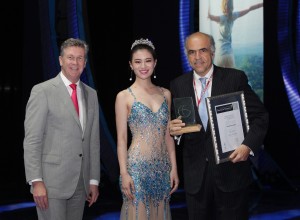 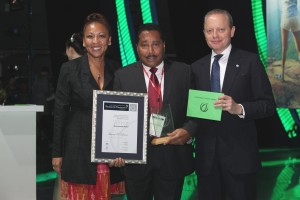 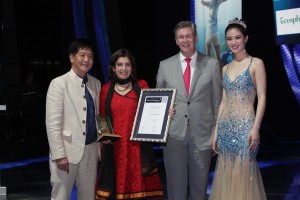 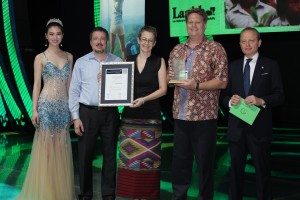 As it enters its tenth year of business, Asilia Africa boasts its “Big Five” core principles of: community, conservation, capacity, certification and commitment. With thirteen properties in Tanzania, Kenya and Mozambique, it employs 600 people and operates in critical conservation areas where both wildlife and local economies are under threat. Asilia holds a “high” rating by the Global Impact Investing Ratings System and B Corporation.

When Arviat’s Inuit people received money under a land-claim agreement relating to Federal Conservation Areas, they invested it in the future; a future sustained by tourism and wholly owned by the community. Located on Nunavut’s Hudson Bay in Canada, the Inuit have lived, survived and thrived in the region for over four thousand years. The area is still steeped in tradition and it is this heritage and living culture that is at the core of the community’s tourism offer. Following extensive planning and capacity building, the community now offers accommodation, cultural and archaeological tours and nature safaris. The aim now is to replicate it in other parts of Nunavut; which, in Inuit means, aptly, “Our Land”.

In order to have a vision, it helps to have a captain at the helm and Temes S.A had just that. Messinia, in the Peloponnese region of Greece, was the home of shipping magnate Captain Vassilis Constantakopoulos who sought to invest in protecting the land he loved. Although he passed away in 2011, his aim to create luxury, sustainable tourism in Messinia lives on through this collection of high end multi-use resorts. Employing 700 people locally,Temes contributes to environmental research, has one of the most extensive photovoltaic facilities in Greece, has created the largest olive tree plantation in Europe.

The garden is usually the last piece of the jigsaw when building a new hotel. However, Jetwing Vil Uyana set out to regenerate its landscapes first. Depleted by slash and burn agriculture, the company recreated three hectares of wetland; half a hectare for paddy and two hectares of native forest. And then came the ecolodges – on stilts over lake and marshland with access via boardwalks. Guests came in their droves: 80 species of birds, 17 mammals, 36 butterflies and 21 amphibians and the VIPs were the endangered Grey Slender Loris. With a Green Directory to monitor the hotel’s environmental performance and a resident naturalist and on-going education programme, the jigsaw is nigh on complete. Except that it’s designed to just keep growing.

Ecosphere wants “the great legacy of the Himalayas to thrive so that future generations can equally savour its beauty and bounties”.  This is brave, considering that this social enterprise is located in the high altitude region of the Spiti Valley, which has a very short tourist season. Ecosphere has, however, created a collective of eighty homestays in six villages, generating 25 per cent of the average family income. As Buddhist culture encourages the marriage of economics and conservation, Ecosphere has created holistic, culturally-sensitive products such as reviving indigenous ancient pottery, traditional medicine as well as ‘Monk for a Day’ monastery visits.

Lao People’s Democratic Republic may be landlocked but all doors are open for tourism. However, three quarters of the population still works in subsistence agriculture, so education in tourism is fundamental.  This need is being catered for by the Lao National Institute of Tourism and Hospitality (LANITH). Set up in 2008, it has two arms: a diploma in Tourism for undergraduates and The Passport to Success for industry professionals. Supported by Luxembourg Developments (LuxDev), which offers bursaries and funding, it is Laos’ biggest industry training programme with over a thousand people studying customer services, food and beverage operations, management and communications.

Commenting on the appointment of Fiona Jeffery as the new Chair of the Tourism for Tomorrow Awards, David Scowsill said: “I am delighted to announce that Fiona Jeffery will take over as Awards Chairman.  Fiona ran World Travel Market for 26 years, spearheading World Responsible Tourism Day at that event. She is Chairman of Just A Drop, galvanising our sector to provide fresh water to communities around the world. She is also an esteemed member of the World Tourism Organisation’s Ethics Committee. I look forward to working with Fiona over the coming years to grow the influence of the Awards”