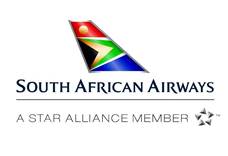 Under the arrangement; South African Airways, the only airline with non-stop flights between Johannesburg and Mumbai, will code share on Jet Airways’ operations between Mumbai and Delhi, Bangalore, Hyderabad, Chennai and Thiruvananthapuram. In turn, Jet Airways will code share on SAA’s flights between Mumbai and Johannesburg and beyond to Cape Town and Durban.

Customers who are members of SAA’s loyalty programme, Voyager, will be able to earn miles and obtain tier status when travelling on Jet Airways using SAA-issued tickets. Likewise, members of Jet Airways’ Jet Privilege programme will also be able to earn and redeem JPMiles and earn Tier points/Tier JPMiles when they travel on SAA flights marketed by Jet Airways. This provides an opportunity for customers to spend miles exploring the various Indian and South African destinations on offer.

“SAA is pleased with this latest offering on the India route. This partnership strengthens the historic commercial, political and cultural cooperation between South Africa and India. In essence, the agreement further supports the objectives of the BRICS member states,” said Mr. Manoj Papa, SAA’s acting General Manager: Commercial.

Mr. Sudheer Raghavan, Jet Airways’ Chief Commercial Officer, elaborated: “Jet Airways is delighted to enter into a codeshare partnership with SAA, South Africa’s flag carrier. Besides its global popularity as a tourist destination, South Africa, in its capacity as Africa’s largest economy, is also a strategic trade and investment destination. With the seamless connections offered between India and South Africa, we are confident that this mutually beneficial codeshare will prove extremely popular with both business and leisure travellers.”

A recent study by the Department of Tourism indicated that the number of tourists from India to South Africa has steadily increased in recent years by over 122% between 2005 and 2010 and a further 29% increase between January and September 2011.

“We have been witnessing a steady increase in the number of business and leisure travellers coming into South Africa. Using Johannesburg as a convenient connection hub, a significant number of these travellers are also taking advantage of SAA’s vast route network of 26 destinations across Africa as well as access to over 1300 airports in almost 200 countries through our Star Alliance membership,” explained Papa.

The codeshare agreement will effectively enhance flight choices for customers, whether originating in India or Africa. “In essence we are truly bringing the world to Africa and taking Africa to the world,” Papa asserted.