Norway, Sweden and Finland make up the largest part of the geographic region called “Scandinavia,” each of which has ranked rather high on each of the Adventure Travel Trade Association’s (ATTA) Adventure Tourism Development (ATDI) scales since the first report in 2008. Despite this, each country’s public and private sector tourism stakeholders tirelessly question whether they are “good enough” to compete in the world of adventure tourism and seek to improve their capacity, quality and professionalism.

Moving across Scandinavia in recent weeks provided me with a much more intimate glimpse into some exciting developments under way, plus a few nuanced issues facing this swath of Northern Europe. During October and November, the ATTA delivered AdventureConnect (13 October, Kuusamo, Finland) and AdventureEDU (15-16 November, Västerås, Sweden) events, plus I spoke at a regional tourism innovation conference (3 November, Lofoten, Norway), then at a rather diverse gathering of municipality representatives (17 November, Sotenäs, Sweden). In each location, I could almost measure the genuine energy emanating from the adventure tourism professionals from the region throughout each event. 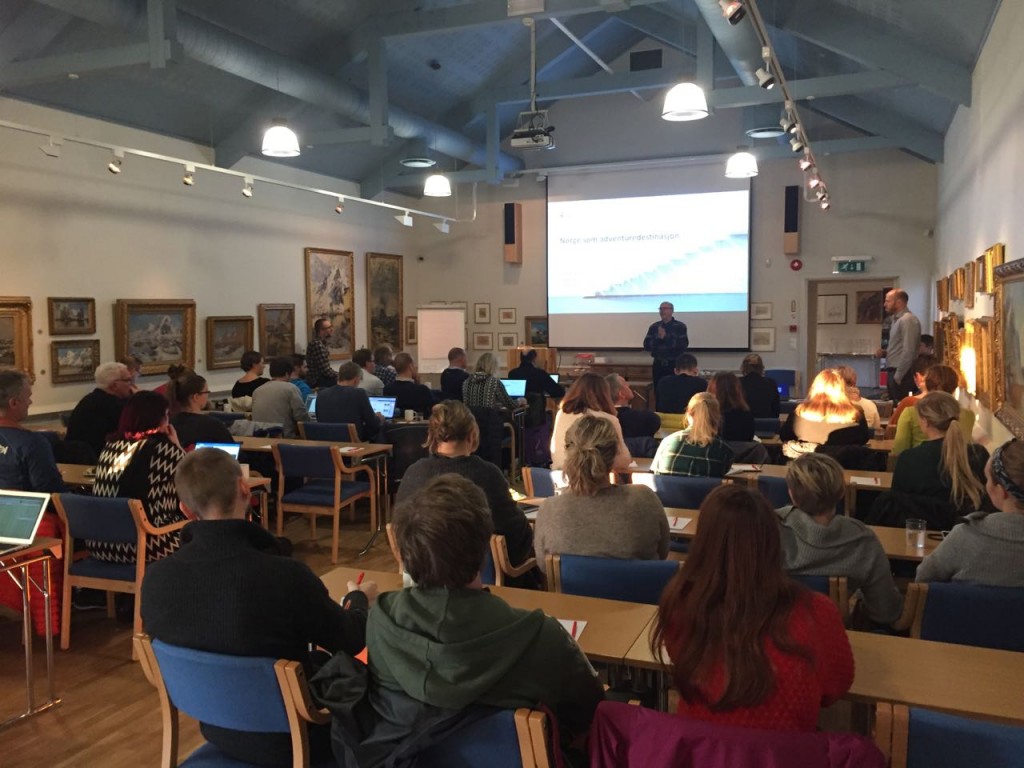 And, among the hundreds of contacts made during the period, a few common threads emerged.

Many progressive activities under way in each country. Here are just a few developments to consider monitoring for yourselves:

For destinations the world over seeking a high level of co-operation, consider Parks & Wildlife Finland and its efforts to engage national, regional and local public stakeholders, as well as their intensive work with the private sector. Advanced in collaborative efforts, developing “codes of conduct,” shared policy-making, etc. For the ATTA’s visit in October, virtually all stakeholders representing the entire supply chain were present and contributing during the brief Oulanka National Park adventure reconnaissance trip and subsequent AdventureConnect event. Discussions are “meaty,” demanding, evolutionary and lead to action.

Keep on eye on Norway for its leadership in experience design and value creation efforts, which on many fronts Norway is leagues ahead on product development and innovation, inching up higher and higher the margins purely based on enhancing the value of the traveler experience. Plus, its emphasis on more deeply developing a comprehensive ecosystem of activities (e.g., concept of cycle touring routes, highlands trekking to architecturally significant structures, agricultural, fisheries, etc.) are research worthy. Norway also continues to develop specialized Destination Management Companies (DMCs) and zeros in on top-pedigree adventure travel offerings, helped in part by the ATTA-Innovative Experiences’ February 2016 Value Creation & Innovation Lab. 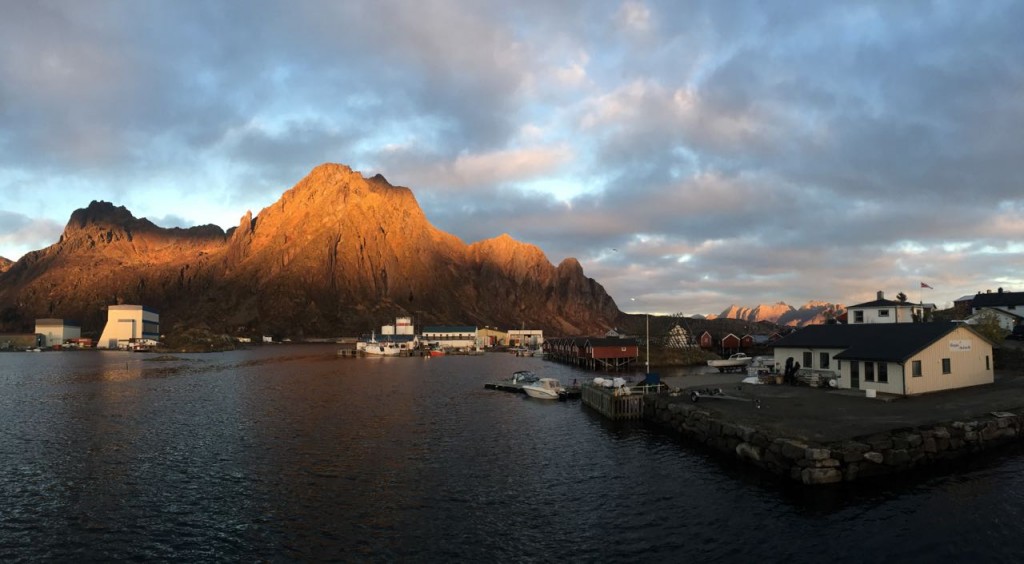 Blossoming in Sweden is the notion of the spirit of generosity and collaboration across borders, both internationally and inter-regionally. Several Sweden-funded ATTA events in the last two years, originally designed to serve a single municipality in Sweden, were actually opened up by the funding destination to be more inclusive of other destinations. The result? Cross-border initiatives between Norway and Sweden, offers to Norwegians and Finnish to join in Swedish-centric AdventureEDU programs, and heightening interest within Sweden to cooperate between municipalities and tighter connectivity to the national tourism board. Furthermore, thematic route development, including special culinary routes throughout West Sweden, are “trend right.”

In another part of the spectrum, some intriguing challenges were also exposed. Each country seems to suffer from lack of a strong self image, constrained source market strategies, emerging capacity challenges, and were “hamstrung” by widespread, 100-plus-year-old “right to roam” policies.

Among the tops in the world for its strong sustainability sensibilities, Scandinavia in many ways has more to teach the world than it has to learn. Still, it has, until recently, mostly held back by espousing the strength of its natural and cultural assets as strong tourism draws. Partly because of self image challenges where, like many other off-radar destinations, they naturally compare themselves against other well known and traditional “must see” destinations. And partly because culturally it is more acceptable to be understated than it is to boast – at almost any cost.

Fortunately, to compete, these countries are now beginning to find the strength and will to truly and proactively tell their stories. Still, all three countries are generally pursuing the same source markets they’ve chased for years, while only dabbling elsewhere. Across the board, the three destinations continue to struggle to try to find the right mix of high-yield source markets and specialized adventure travelers within the same. To their credit, each are asking the hard questions, experimenting, and seeking outside experts to challenge existing approaches.

In fact, the region’s marketing campaigns are getting more sophisticated, more visual, more creative and more action driven. The result? Notoriety for unusual campaign efforts and much greater visibility through editorial coverage, along with notable upticks in visitorship.

Visitorship which is already wreaking havoc in parts of the region, causing abrupt, anti-tourism local citizen activism, as well as the tourism trade in various locations openly questioning development plans and realizing the need to more aggressively consider long-term capacity management plans. Stark realizations are under way that doubling the numbers of visitors each year can only go so far. Especially when, in just 13 more years (by 2030) the estimated next one billion international tourists will join the already mind-boggling 1.4 billion travelers traipsing around the globe. Few currently have the “space” to consider even 10 years down the road, and yet, these destinations, like most in all latitude and longitudes, are inadequately prepared for the potential wave of tourists heading their way.

Meanwhile, visitorship from other source markets on the European continent have long been aware of this desireable northern region and its adventure offering. So much so in fact, untraceable commercial operators have been bringing countless visitors across borders to take advantage of age-old “right to roam” policies (Wikipedia: The freedom to roam, or everyman’s right is the general public’s right to access certain public or privately owned land for recreation and exercise.). In most other places on the earth where private and public ownership of lands is sacred and truly limited, “right to roam” is an absolutely foreign concept. The reality is that Scandinavia, as it more actively tackles aforementioned capacity issues, must also soon face the very real looming debate of “right to roam,” which will likely require limitations to the original “law.”

With these challenges, “Scandinavia” has its work cut out for itself. Addressing each challenge will take time, perhaps a generation or more. Balancing and intertwining progressive developments with long-term solutions to the nuanced challenges is key. Lucky for the three named Scandic countries in this story, there is no shortage of resourceful minds, collaborative spirit, and can-do leadership, all essential ingredients for powerful solutions destined to succeed.