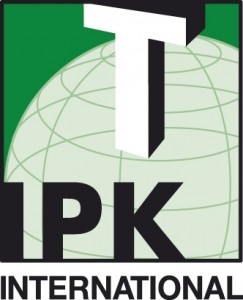 Berlin – Booking one’s holidays at the last possible moment continues to be a popular trend: among the world’s most important travel markets last-minute bookings make up the biggest percentage of holidays. Russian citizens in particular prefer to book their holidays at short notice (less than a month before departing). This is the result of a special survey by IPK International’s World Travel Monitor, which was commissioned by ITB Berlin. Among the top ten international source markets for travel abroad (with at least one overnight) Russia reported the highest percentage of last-minute bookings. In 2012 Russians booked 73 per cent of their trips at the last moment, less than one month before departing. The habit of booking trips late has always been popular in Russia. Over the past five years the trend towards booking travel at the last moment has remained unchanged and has fluctuated hardly at all.

When it comes to their next holidays the Dutch prefer to make their plans in advance. At 33 per cent the Dutch market reported the highest percentage of early bookings (four months or more before departing). Nevertheless, there is a shift taking place here too: over the last five years early bookings have fallen by 27 per cent. At 29 and 28 per cent respectively, the German and UK markets also reported a relatively high percentage of early bookings. In Germany last-minute bookings have fallen by six per cent since 2008, whereas in the UK they have risen slightly, by four per cent. Early bookings are of only minor importance in Russia, China and Japan. In 2012 only six per cent of Russian holidaymakers and eight per cent each of Chinese and Japanese travellers booked their trips four months or more in advance.

Commenting, Dr. Martin Buck, director of Travel & Logistics at Messe Berlin, said: “The fact that the various source markets report widely differing booking habits could carry an important message for all those commercial providers who are already operating in the respective markets or are planning to do so. The intense level of debate on this subject, which in Germany at least has been taking place over the last few years, is an indicator of how important the aspect of booking ahead is when buying a holiday. We are delighted that conducting market surveys of this kind gives us the opportunity to provide the travel industry with even more essential information that extends far beyond the traditional function of our show.“