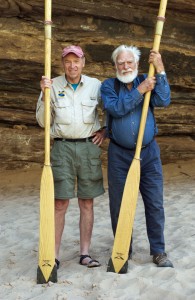 Angels Camp, CA – Championing the rights of rivers is nothing new to George Wendt, founder and owner of what may be the world’s best-known river rafting company, O.A.R.S. Over its 45-year history the company has contributed more than $3 million toward the preservation of the environment and to conservation initiatives worldwide.

Today, Wendt has thrown down the gauntlet against developers who would threaten aquifers that feed the Colorado River in its course through the Grand Canyon. At issue is the proposed Tusayan development that would add 2,200 homes and collateral services and amenities less than two miles from the South Rim entrance to Grand Canyon National Park.

And in another section of the Canyon, Wendt hopes that sufficient forces can be brought to bear against the creation of a gondola designed to transport upwards of 4,000 tourists daily from the rim to the river. This is known as the Grand Canyon Escalade project.

The National Park Service has already expressed serious concerns about the environmental impact these projects could have on the Grand Canyon.

“These two very real development projects are threatening to impact the canyon in a big way. Anyone who has intimately experienced the canyon’s amazing tranquility, or hopes to someday, should be very concerned,” Wendt warns. “We have definite feelings that both would be harmful to the long-term integrity of the Grand Canyon.”

The Tusayan development planned for the area just south of the main South Rim entrance to Grand Canyon National Park would have many impacts, he believes. Companies who do business in this region and most visitors have expressed that the area is already almost full to capacity much of the year and that crowding in more people would negatively impact the experience of those who are presently coming to the canyon. 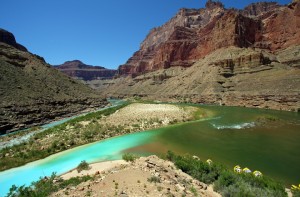 “More significantly, however, we share the feeling of the National Park System that there is not enough water in the Tusayan area to support further development without tapping into deep wells that almost certainly would divert water from the limited number of natural springs that feed the eco system of the Colorado River and its surrounding side canyons. For this reason, we are opposed to the major development presently contemplated for the Tusayan area,” Wendt continues.

The Escalade project would bring people down into the Canyon to river level at the confluence of the Colorado River and the Little Colorado River, he explains. “The construction of the gondola close to river level would be very impactful from a visual and wilderness perspective. Although the operators probably would try to prevent people from leaving the gondola terminus to go hiking, we worry that almost invariably the new access would lead to multiple additional impacts from hikers who found it irresistible to try to use this easy access point for extended hiking excursions into the fragile area. Native American groups consider the Little Colorado Confluence area sacred and they likely will also have strong concerns about the potential impact from a gondola into the Grand Canyon.”

“Buried within the Tusayan and tramway proposals is the belief that a tiny circle of entrepreneurs has the right to profit at the expense of everyone else by destroying a piece of the commonwealth — a landscape that is the birthright and the responsibility of every American,” wrote Kevin Fedarko in an Aug. 9, 2014, op-ed piece for the New York Times. (Fedarko is the author of The Emerald Mile, a riveting story about a legendary river run through the Grand Canyon.)

A contributor to O.A.R.S.’ legacy of wilderness preservation is Martin Litton whose Grand Canyon Dories company Wendt acquired in 1988. Litton at age 97 is a legendary environmental crusader who is largely credited for his success in defending the Grand Canyon from two proposed dams in the 1960’s.

Wendt, an activist like Litton, has also joined various battles throughout the years to protect natural places that were threatened by dam building projects, including the fight to save the Grand Canyon, the Stanislaus and the Tuolumne Rivers in California and the Bio Bio River in Chile.