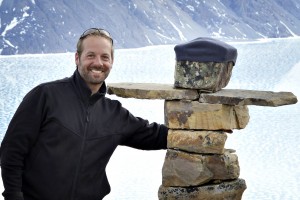 Quark Expeditions®, a leading provider of expeditions to the Polar Regions, welcomes Thomas Lennartz as the company’s new Vice President of Sales.

A Business Administration graduate of Wilfrid Laurier University, Lennartz brings his passion for travel and eight years of experience in polar expedition sales and marketing to the Quark Expeditions® team. In his new position, he is responsible for driving and overseeing global B2B and B2C sales activities; leading business intelligence practices; and continuing to develop and improve the company’s high-performing sales team.

Lennartz’s passion for travel took root at an early age, when he traveled often with his family to various European destinations. It was in those trips, he says, that he developed a thirst for travel that led him on many backpacking adventures around Central America, Europe and South Africa. At one point, he lived and worked in Singapore for two years, using the city as a springboard to explore nearly every country in Southeast Asia.

In 2002, he caught “the bug”. He volunteered as a camp manager in the Arctic, a place he’d considered a bucket list destination; one he believed he would visit only once in his lifetime and then cross of his list.

“I was so wrong,” Lennartz said. “The Arctic enthralled me. It is so vast, and so different from anything I had visited previously that I fell head over heels in love. You’ll never forget your first iceberg, your first polar bear, the emotion and joy you feel swimming with whales, or experiencing 24-hour sunlight.”

Lennartz previously championed sales, marketing, and product and channel development as Director of Sales and Marketing with an arctic tour provider out of Canada. In addition to his business acumen, his real-world experience on polar expeditions is a great asset for Quark Expeditions® customers, partners and agents.

He was also named a Condé Nast Top Travel Specialist for Arctic Wildlife Safaris 2012 – 2015, and for several years has spent two months annually in Canada’s Far North. He’s stood mere feet from grizzly bears fishing in an arctic river, led polar bear safaris to spot elusive animals in the wild, and written extensively about his journeys.

He is now right at home with some of the world’s leading polar travel authorities, providing curious travelers with authentic and unique adventures to some of the most remote regions on the planet, including the Arctic, Antarctica, and the Galapagos Islands.

“We’re thrilled to have a passionate polar travel expert and proven sales and marketing professional like Thomas join our team,” said Andrew White, President of Quark Expeditions®. “Our people are among the best travel advisers, hospitality and expedition experts on the planet. Since 1991, we’ve worked hard to attract top talent to ensure the best adventure travel experience for every Quark passenger. Having people like Thomas on our team is incredibly important to all of us – from the executive team, to our front line team members, to the customers we strive to serve in the best way possible.”

Lennartz began his employment with Quark Expeditions® in March and will work out of the Toronto office.