Every year about 800 people attempt to summit Mt. Everest. On 16 May, long-time Adventure Travel Trade Association (ATTA) member Ajeet Bajaj of Snow Leopard Adventures and his 24-year-old daughter, Deeya Bajaj, joined those who can say they’ve reach the summit of the world’s highest mountain. Doing so, they became the first Indian father-daughter duo to climb Mt. Everest. In the process, their climb became an opportunity to talk about women pushing beyond stereotypical boundaries in India. Shannon Stowell, CEO of the ATTA, caught up with Ajeet and Deeya after their climb to ask a few questions about their experience on the top of the world and what it’s been like to share their story. 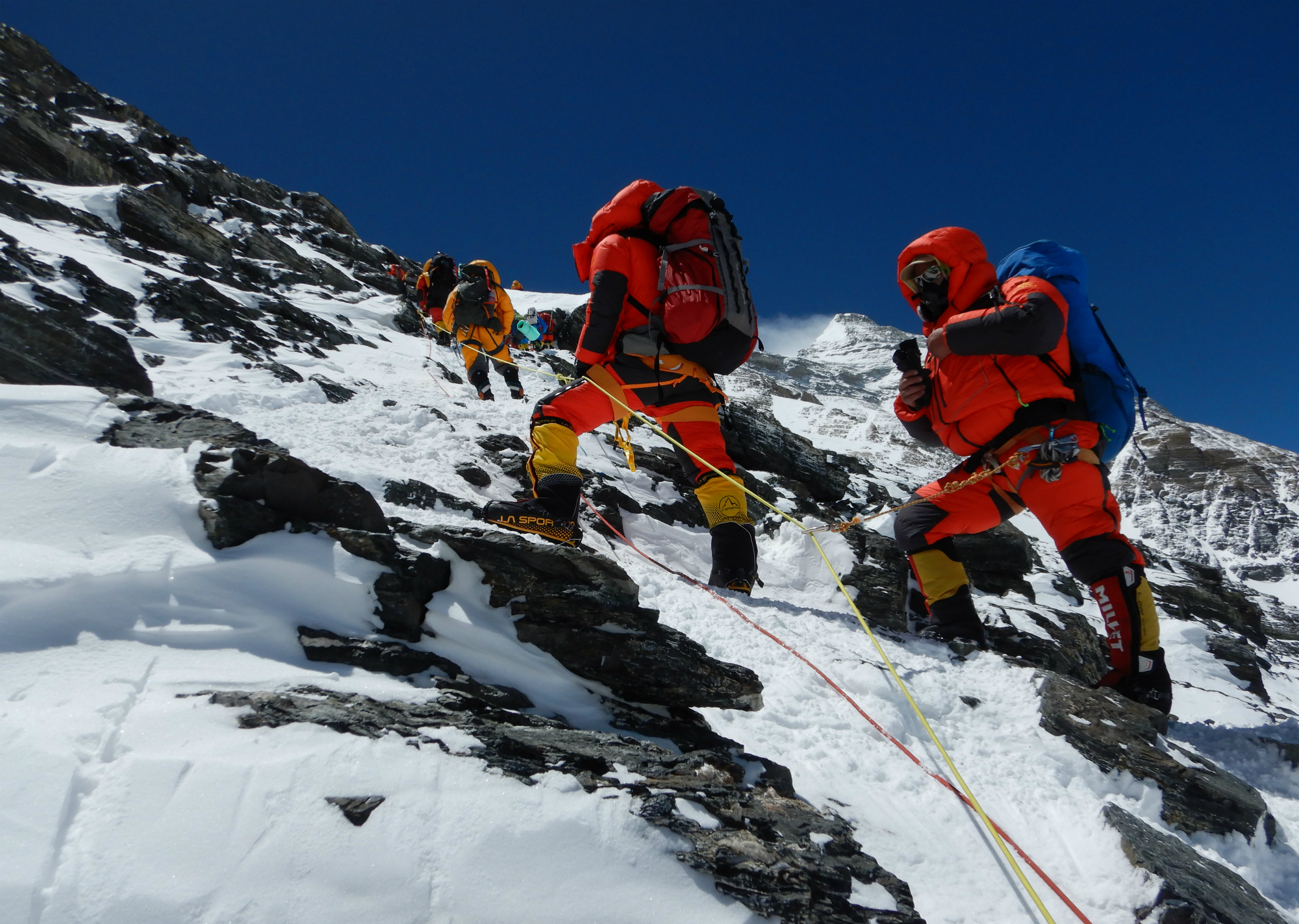 Ajeet and Deeya climbing to Camp 2 on their way to the top of Mt. Everest. © Snow Leopard Adventures

Stowell: When did you start talking about the idea of climbing Everest together, and were you both equally on board from the beginning?

Ajeet: When I was in college, I had the proud privilege of rafting Sir Edmund Hillary down River Ganges. He was such a rock star and inspiration in the world of adventure not just for his mountaineering achievements, but also for the great work he did post-Everest for the Sherpa people of Nepal. The idea and dream germinated then but I have realized it only now.

I am so glad I was able to realize my dream with Deeya, because I cannot imagine a better person than Deeya to have achieved this with. Deeya is my best adventure buddy. We have done a lot of adventures together from a sea kayaking expedition in Greenland when she was 14 to scuba diving with sharks to kayaking down rivers and traversing Mt. Elbruz in Russia from the north to the south side. Deeya and I have also skied across the Greenland ice cap from the west to the east coast when she was just 17 years old.

Deeya: Having grown up around a crazy Dad, adventure has always been a big part of my sister’s and my lives. Ever since I was able to read, I’ve been reading about expeditions to Everest, so it was always a dream for me as well. Three years ago Dad came to visit me in college at Cornell University, and we talked about attempting Mt. Everest. Once I came back to India, the idea really took flight and became a reality.

My father has been a huge inspiration for me. He has rafted and kayaked some of the most challenging rivers on the planet spanning six continents, won a medal in the national games, a silver and two bronze medals in international rafting championships, and completed the polar trilogy, which entails skiing to the North Pole (the first Indian to do so), South Pole, and across the Greenland ice cap. He is into sea kayaking, scuba diving, and has climbed five of the seven summits. Dad is my best “outdoor buddy.” 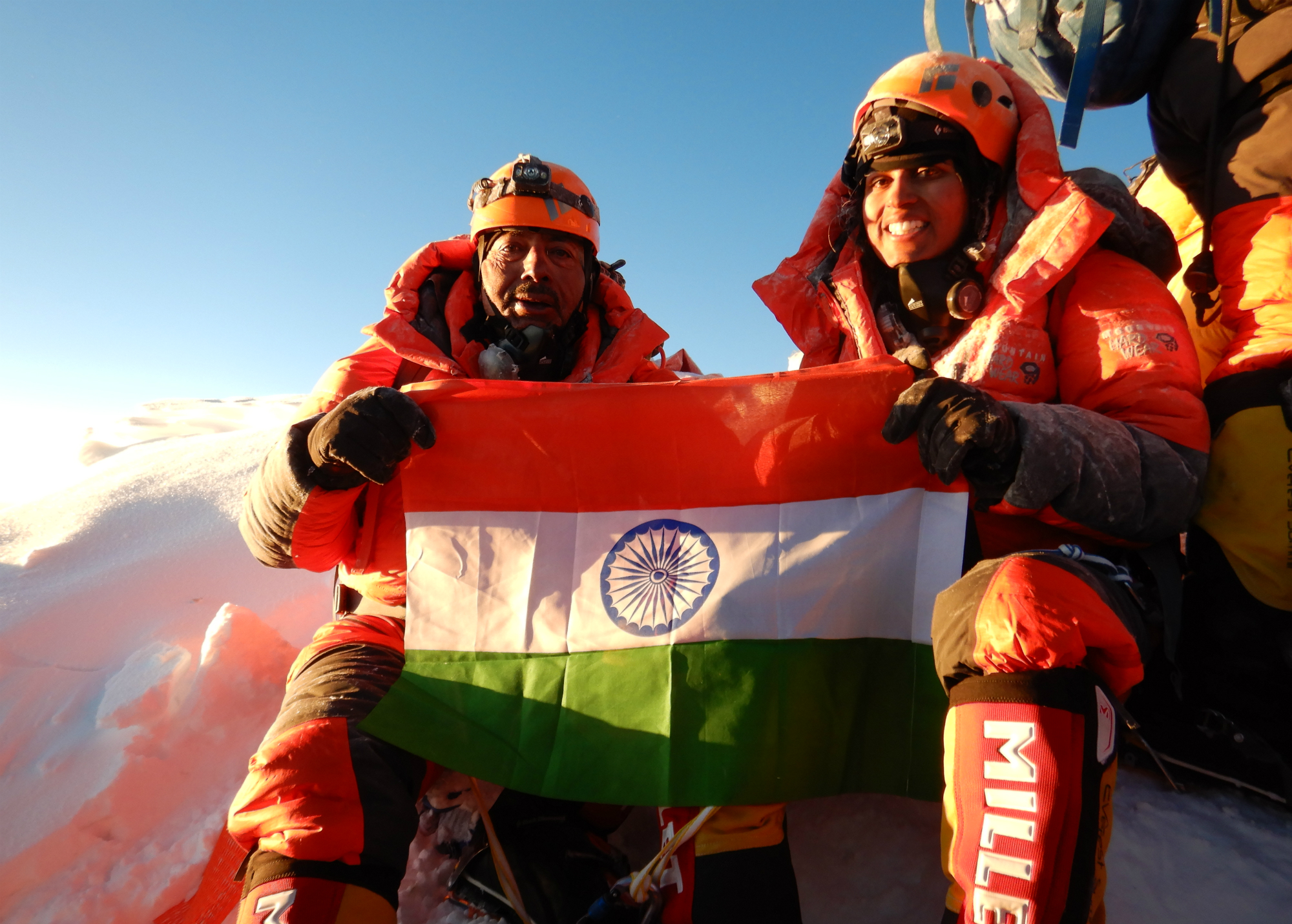 Stowell: Describe the moment on top of the world together.

Deeya: It was a very emotional moment for both of us. Dad reached 15 minutes after me due to problems with his oxygen mask. Due to strong winds, my dad suggested that I should not wait for him to sort out the mask problem as stopping meant getting very, very cold. So when I reached the summit, I was still concerned about Dad and was waiting for news from him. But soon enough I saw his orange helmet gradually climbing up toward me, and I heaved a huge sigh of relief.

When, from a distance, he gave me the scuba diving sign of “all okay” is when I started letting the fact sink in — the fact that I was at the summit of Mt. Everest, which is probably every adventurer’s dream. My dad reached the summit, and at about that time the sun also came up. It felt surreal. And I must admit both of us teared up. After years of dreaming about it, after a year of intense training, and after the mask problem just short of the summit, we had finally made it.

Ajeet: We pulled out the Indian national flag at the summit, which was a very proud and emotional moment for both of us. We were grateful to Chomolungma, “Mother Goddess” as the Tibetans call Mt. Everest, for blessing us with weather conditions that allowed us to summit. As I always say, we humans can never “conquer” mountains, since nature is supreme. After the initial euphoria, however, I was worried about a safe descent because by now it was daylight and we could see the way down was very intense!

Stowell: One of the most striking parts of your story of course is your desire for a bigger outcome than the feat of summiting Everest. Tell us about it.

Deeya: I am extremely fortunate I was never told while growing up I couldn’t do something because I was a girl. Family support is really important, and we wanted to spread the message that with the right opportunities and support, girls can reach the highest summits.

Ajeet: Absolutely. I think women are the future of India and the world. The best thing that has ever happened to me in my life is my two daughters. I strongly advocate for parents to believe, support, and cherish their girls — and to let them dream big and provide an enabling environment for them to pursue their dreams!

Stowell: Did you work with an operator? Which one? How did you choose the company?

Ajeet: Since I was attempting Mt. Everest with my daughter, I wanted to take no chances. We worked with a fantastic operator called Transcend Adventures based in India. They have an impeccable safety record on the mountain and a great team of Sherpas. They also have great risk management practices, emergency action plans, and excellent service on the mountain. We did our due diligence and reference checks, and we were happy we chose them. They were proactive with safety and service. 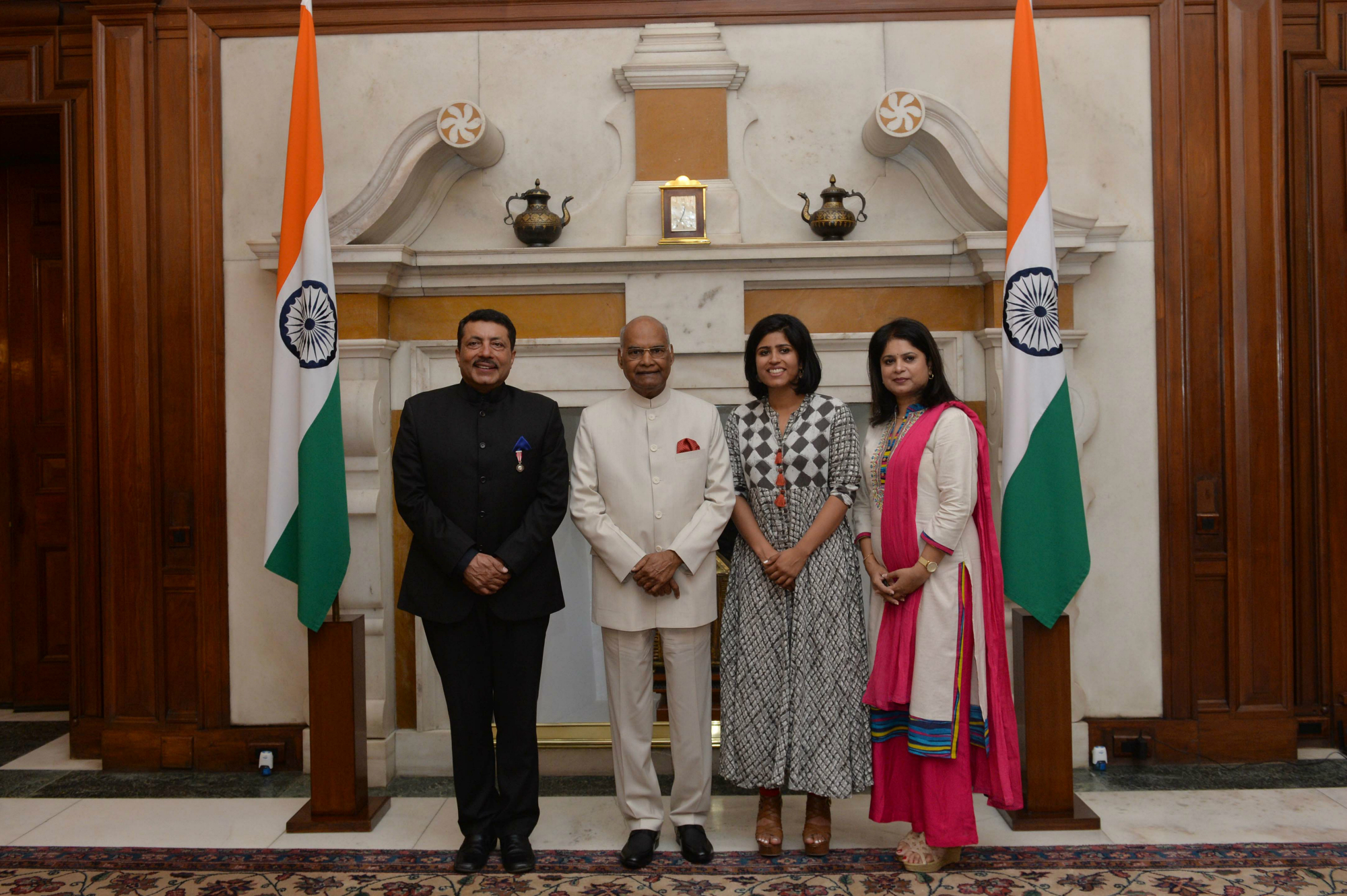 Stowell: Ajeet, you’re in the business of adventure travel with your own tour operation. What would you say to young entrepreneurs who are considering starting their own adventure travel business?

Ajeet: Adventure travel is a great profession and lifestyle. I would suggest that young entrepreneurs travel the world and gain experience with the best operators globally and learn about best practices before setting up their own operations. They have to excel and aim to be the very best in their chosen field of adventure travel. To my mind, there are three factors that are critical for an adventure travel outfit: risk management, sustainability practices, and great service with a smile that make a big difference.

Stowell: What advice would you give, Deeya, to young women around the world dreaming to achieve big accomplishments?

Deeya: I think, firstly, there is no substitute for hard, honest work. No amount of preparation is too much. Secondly, keeping a positive frame of mind is really important. The minute you start thinking negatively, you’ve already set yourself up for failure. On expeditions there are so many times when the conditions are so hard your body feels like it’s giving up on you. Often stopping in those conditions could lead to dire consequences. It’s in those moments that I’ve learned the biggest challenge to overcome — when confronted with any task no matter how rigorous — is mental. And once you cross that hurdle, there’s no limit to what you can achieve!

Stowell: Deeya, how have you shared your story and experiences with other young women in India who want to participate in adventurous activities? What kind of response have you received?

Deeya: I try and do as many talks as I can to spread the message. I think young women are happy to hear my stories. I think the stories help them get over some of the limitations they place on themselves.

Stowell: What, if any, challenges or push back did you receive for pursuing this goal with your daughter, Ajeet?

Ajeet: The biggest challenge for me was getting over my own fears. I was so excited to do this with Deeya, but I was also very nervous. There were times where I could not sleep at night, confused about whether I was doing the right thing. It is one thing to put yourself at risk but doing the same with your daughter was much more frightening.