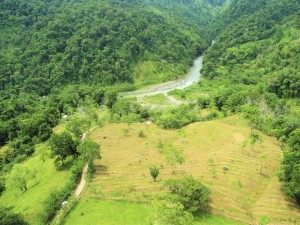 The Rios Tropicales Private Rainforest Reserve is growing, and is now the largest private rainforest reserve along the renowned Pacuare River in Costa Rica.

In recent months, the rainforest reserve expanded a little over 432 acres (175 hectares) to now protect a total of 2,409 acres (975 hectares) of primary rainforest, and pastureland being converted back to rainforest. At the end of August 2016, 136 acres (55 hectares) of land were purchased by Rafael Gallo, co-founder and president of Rios Tropicales adventure company, in partnership with his sister, Claudia. This week, neighbors added in 296.5 acres (120 hectares) to join in their efforts to conserve this extraordinary environment.

Officially designated a “Wild and Scenic River,” the Pacuare is called “one of the most beautiful rivers in the world” by National Geographic. Located on the Caribbean side of Costa Rica, the Pacuare River borders the rugged Talamanca mountain range, home to indigenous Cabécar people and unique wildlife, including increasingly rare jaguars. Flowing approximately 67 miles (108 km) to the Caribbean Sea, the Pacuare passes through spectacular virgin rainforest and steep gorges splashed with numerous waterfalls. 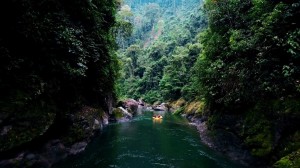 The Rios Tropicales Reserve extends the vital Barbilla-Destierro Biological Corridor, one of Costa Rica’s most important wildlife conservation areas and animal migration routes in the Talamanca Mountains. The corridor includes the Barbilla National Park and Nairi Awari Cabecar Indigenous Reserve to form a protected area of over 25,000 acres.

“Being 10% of this protected biological corridor is very important,” said Rafael Gallo, who is also president of the Costa Rican Network of Natural Reserves. “On our land we keep poachers away, monitor mammals through camera traps, and stop illegal deforestation, which helps the whole region.”

The first property in the private rainforest reserve, purchased by Rios Tropicales in 1989, is the 90 acres along the Pacuare River where the Rios Tropicales Eco-Lodge is now located.

“All through the 1990s and early 2000s we kept purchasing land to protect the Pacuare River Valley, but we did it by joining groups of friends from the United States and Costa Rica who were interested in environmental protection,” said Gallo.

They began planting native trees to reforest areas that had been cut for farming and cattle ranching in order to return watersheds to the river valley, to control soil erosion, and to provide food for wildlife. Gallo said they started with the goal of planting 5,000 trees and participated in the United Nations Environment Programme (UNEP) worldwide tree planting campaign from 2006 to 2011.