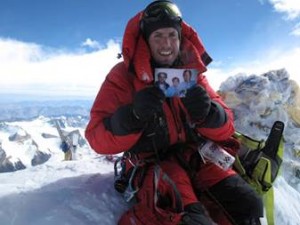 On the summit of Mt. Everest (South Side) 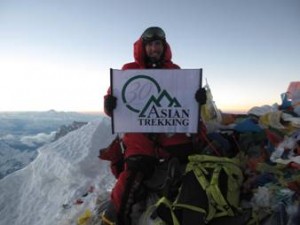 On the summit of Mt. Everest (North Side)

The summit from North Side is his fifth summit on Mt. Everest.  Here is a brief description of David’s summit detail and his travel from South side to North Side.

11th May 2013 – Summit of Mt. Everest from South Side with Climbing Sherpa Samden Bhote at 08:05 am Nepal Time

His achievement has also been recognized by Guinness World Record. He was given a Certificate of “First Person to Climb Both Sides of Mt. Everest in One Season” which was sent by Mr. Craig Glenday Editor in Chief, Guinness World Record. Mr. Frits Vrijlandt, President of UIAA along with Mr. Ang Sherpa, chairman of Asian Trekking and Honoray Member of UIAA handed over the Certificate to Mr. David Liano on 30th May 2013 in Kathmandu. 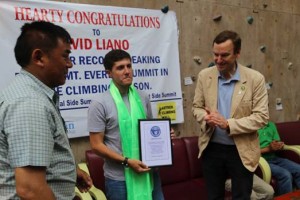 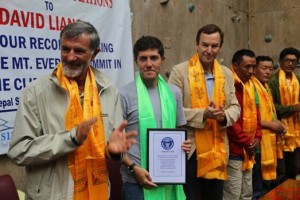