Immediate and ongoing feedback from delegates attending the 2017 Adventure Travel World Summit noted the keynote address made by polar explorer Robert Swan was one of the highlights of this year’s event. From the moment he stepped on stage to the final echo of applause from the standing ovation he received, Swan captivated the audience with a humorous yet sobering story about his experiences as a polar explorer.

Beyond being a fascinating story, however, Swan’s keynote address was a wake-up call about the rapid environmental destruction being caused by climate change. 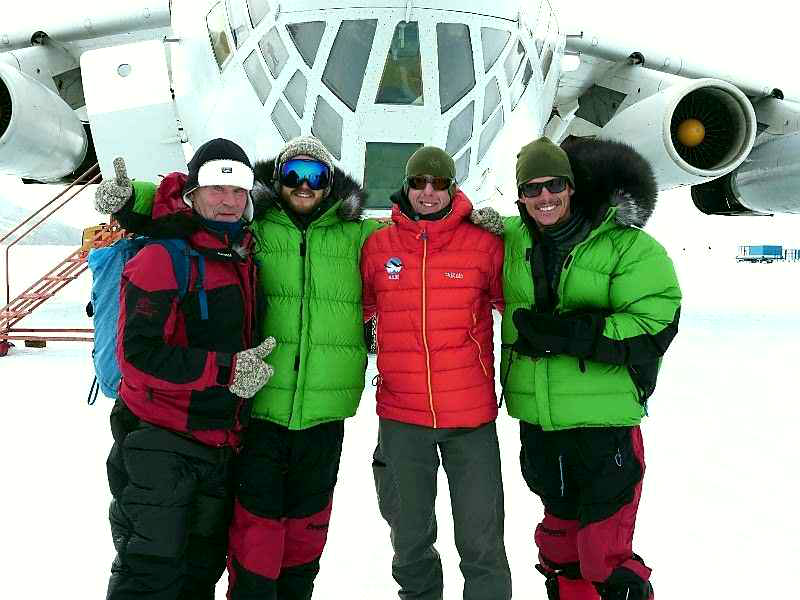 The SPEC team after upon landing in Antarctica. From left to right: Robert Swan, Barney Swan, Martin Barnett, and Kyle O’Donoghue. © 2041 Foundation

Swan is the first person to have walked to the North and South Poles. He is also the founder of 2041, a robust educational and action-driven organization designed to raise awareness about climate change. Swan, his son Barney, and the 2041 team have developed the ClimateForce Challenge, which has the goal of cleaning up 326 million tons of carbon dioxide in the atmosphere before the year 2025.

There are three major initiatives designed to spread awareness and education about the dire climate situation and this campaign. In February 2018, 2041 will partner with The Explorer’s Passage for a 12-day journey to Antarctica that upends the typical tour experience with leadership development, climate change training, and sustainability education. And in May 2019, Swan and Barney will set out on a 3,100+ mile trans-America bike expedition in which the two will promote renewable energy and sustainable development throughout the country.

But of immediate interest is the first tenet of the ClimateForce Challenge: 2041’s South Pole Energy Challenge (SPEC), in which Swan and Barney, along with two additional experienced team members (Martin Barnett and Kyle O’Donoghue), are completing an expedition to the South Pole powered strictly by clean energy technologies. This has never been done before. The foursome departed from Union Glacier by ski-equipped aircraft and landed at their starting point on the coast of Antarctica on 21 November 2017 — more than 30 years after Swan reached the South Pole on his first expedition on 11 January 1986. The expedition covers 600 miles and will take eight weeks to complete.

During his first trek to the South Pole, Swan’s expedition team unknowingly made its journey at the same time NASA discovered a hole in the ozone layer, and the exposure to such intense ultraviolet rays damaged their eyes and skin. “This started me thinking that maybe some of these problems aren’t someone else’s problems,” he said during his keynote address. During this first expedition, an ice cap broke beneath the team’s feet, and, as Swan said, this was well before words like “climate change,” “global warming,” “sustainability,” and even “environmental” were part of the mainstream lexicon. “I might be the first person to walk to both poles,” he said, “and I could be the last.” 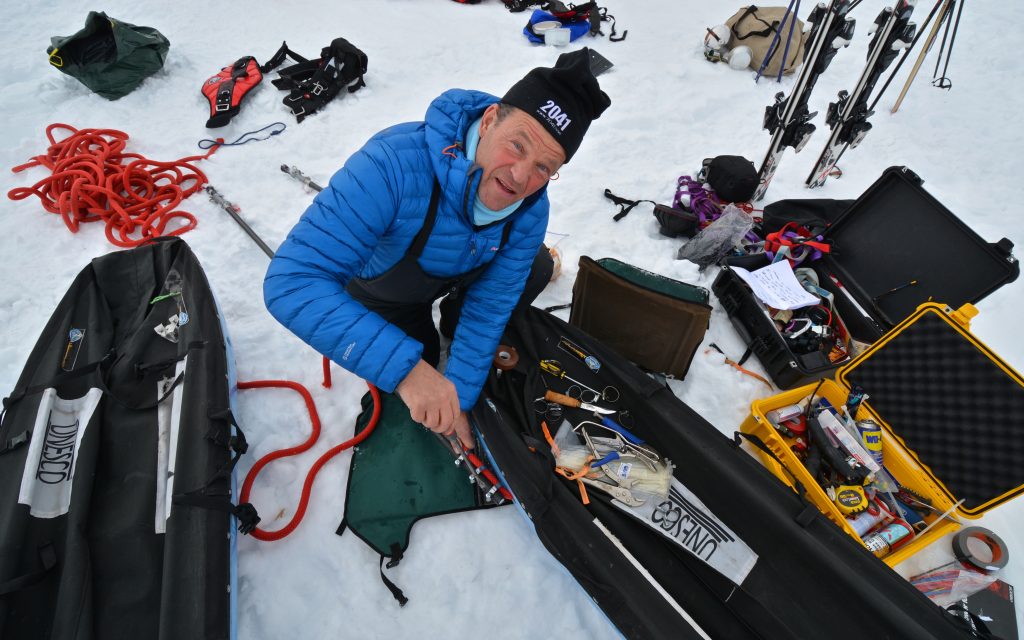 Robert Swan and the expedition team tested gear in the days leading up to their departure for the South Pole. © 2041 Foundation

The goal of the current expedition is to demonstrate that people can survive on renewable and clean energy technologies in the most inhospitable environment in the world — and if that’s possible, then anyone anywhere else on Earth can do the same.

On every step of this South Pole expedition, the team will be using nothing but clean energy technologies to support them in providing food, water, and power. One such technology, Zero Mass Water, converts water vapor in the air into liquid water using a system powered entirely by solar panels, ensuring there is a constant supply of fresh and clean water during their trek without using fuel to melt snow.

Everyone can do something to help curb global warming. 2041 offers a number of suggestions for lifestyle habits and infrastructure solutions that can be implemented to help offset carbon dioxide emissions in the atmosphere.

Right now Antarctica is protected by the Antarctic Treaty, however, the continent has untapped potential to provide fossil fuels and energy for the planet. Each of the 7.5 billion people on the planet currently have a responsibility for one piece of Antarctica the size of a football pitch. “In the year 2041, the treaty that protects Antarctica can be altered, can be changed, can be scrapped,” Swan said. “In 2041, that could all change. We could be stupid enough to exploit and destroy the only place that could be a natural reserve land for science and peace.” 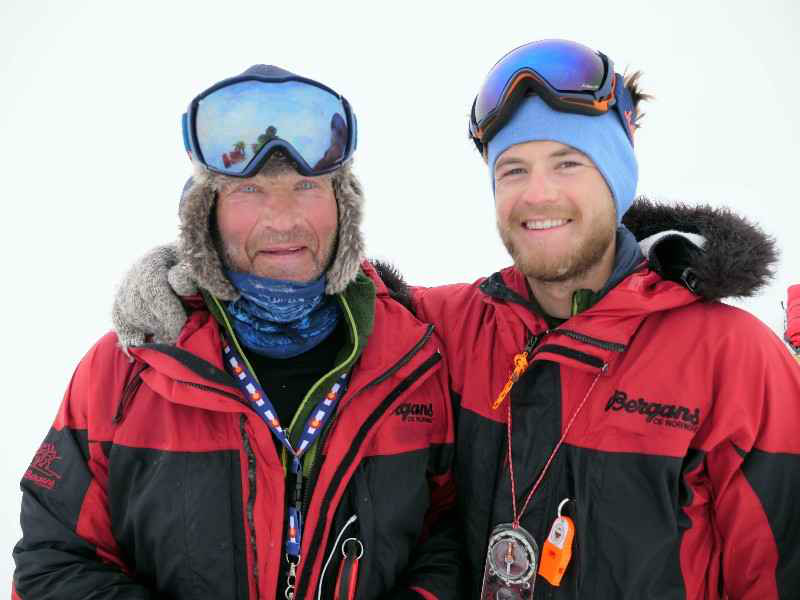 Swan has been tirelessly working to protect this land since his last trek to the South Pole. He believes strongly in encouraging others to take an active role in helping make the world a cleaner place. Through 2041, more than 3,500 people have traveled to Antarctica on 22 expeditions over the past 14 years to engage in practical missions related to climate change, such as collecting and recycling 1,500 tons of garbage left on the continent.

The adventure travel industry is arguably aware of the importance of preserving, conserving, and protecting the natural environment. One of the key takeaways Swan left Summit delegates with is that the world is swimming in negative messages, but being champions for positivity opens the door for working toward a better future.

“Rather than complain, we need to act,” Swan said. “I personally believe that the last great exploration and adventure left on Earth is to survive on Earth, and you are the heroines and heroes of that journey.”