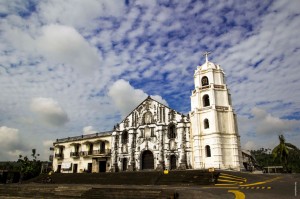 Bangkok — The Pacific Asia Travel Association (PATA) is pleased to announce that Hon. Ramon R. Jimenez, Jr., Secretary of the Philippine Department of Tourism (PDOT), will deliver the opening address during the PATA New Tourism Frontiers Forum 2015 at the Oriental Hotel in Legazpi, Albay, Philippines from November 25-27. The event is being generously hosted by the Provincial Government of Albay in partnership with The Department of Tourism, Philippines.

Secretary Jimenez, who is responsible for the country’s highly successful tourism campaign, It’s More Fun in the Philippines, will speak on the “Successful Destination Marketing Campaign – Trend in this digital economy”.

“This forum is timely and relevant as we step up our marketing efforts for our destination-based campaign and as we launch Visit the Philippines Again (VPA) 2016 –which is going to be the most massive retail-focused effort the Philippines has ever made. Destination marketing is a daunting task as it involves selling an experience, both tangible and intangible. The Philippines prides itself of having a unique biodiversity, rich natural resources, and wide variety of product offerings for tourists. But most of all, we have the Filipino people—the country’s most important asset—to thank for, who serve as the PDOT’s partners in building our brand and fulfilling the promise of a more fun Philippines,” Tourism Secretary Jimenez said. 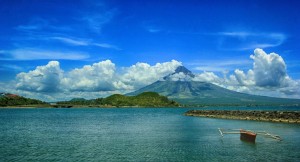 Mr Mario Hardy, CEO, PATA, said, “We are extremely delighted to have Secretary Jimenez open the event, as his experience and expertise on how to market a destination is something all industry stakeholders should learn from, especially when trying to market a new emerging destination. In addition to Secretary Jimenez, we have a very broad and dynamic range of speakers confirmed for the event, and delegates can be assured of coming away with practical skills and knowledge to take back and apply to their organisation, especially through the Technical Tour and Tourism Marketing Treasure Hunt.”

Governor Salceda said, “Albay is globally recognized by United Nations as the model for adapting to the impacts of climate change. After suffering 46% damage in 2006, the province quickly recovered by using tourism as one of its principal tools for reconstruction with foreign tourists rising from 8,700 in 2006 to 339,000 in 2014. In the same period, it built 320 kilometers of roads to provide access to new and unique destinations.  As host of PATA 2015, Albay shares this unique experience giving hope and guidance in transcending the inevitable effects of climate change.”

Governor Salceda has gained a well-deserved reputation for his commitment to Disaster Risk Reduction and ‎Climate Change Adaptation. In his inaugural speech in 2013, after his election for a third consecutive term as Governor, he said that ‘our goal is to become the most liveable province of the Philippines known for good education, good healthcare and good environment where people are healthy, happy, employed, and live full lives’. 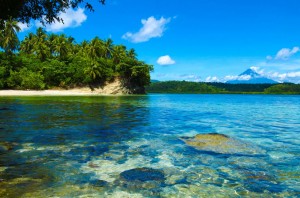 The Forum will explore various topics including Climate Change Mitigation and the Role of Tourism, Marine Tourism & the Implications for Water-Reliant Operations, Global Adventure Travel Trends, ASEAN for Adventure: Where Boundaries are Endless, Crisis Management & Risk Reduction for New Destinations, and the Power of Ecotourism: Best Practices & Models for Implementation.

Furthermore, the last session on Interactive Marketing – A Treasure Hunt will allow delegates to explore how to make a destination discovered in the dynamic world of digital, mobile and new travel behaviour, using tools and insights gained from the previous day’s Technical Tour and Treasure Hunt.

Delegates attending the PATA New Tourism Frontiers Forum 2015 will land in the “City of Fun and Adventure” – Legazpi City in the province of Albay in the Philippines – known for its perfectly cone-shaped Mayon Volcano, once a nominee for the New 7 Wonders of Nature.

Albay is a United Nations Global Model for Disaster Risk Reduction and Climate Change Adaptation. It is ranked among the 1st Class Provinces in the country and among the fastest growing tourist destinations in 2013. Legazpi also recently hosted the UNWTO-ASEAN International Conference on Tourism and Climate Change.

Register as a conference delegate here. To learn more about the PATA New Tourism Frontiers Forum 2015 or to register for the event as a media delegate, visit www.PATA.org/ntff2015.