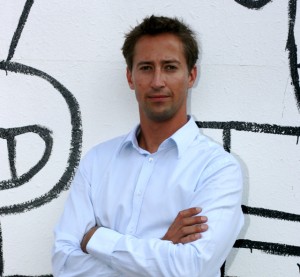 Assistant Editor’s Note: The following guest post was written by Travis Pittman of TourRadar and was originally published on Tnooz. It is posted here with his full permission.

As expected, a lot has happened since I wrote my piece on How the new Facebook will impact travel.

Facebook is banking on its advertising model to keep shareholders happy – but apparently it’s not enough, especially when Sir Martin Sorrell, head of the world’s largest marketing group WPP, announced that the social network was “not a good advertising medium”.

He went on to say:

“I believe Facebook is the best or one of the best branding mechanisms in the world but I don’t think it is necessarily an advertising medium.”

I think Sorrell has hit the nail on the head here. Return on Investment (ROI) has and is the one big question mark that so many people in the travel industry have when it comes to the social network.

Facebook knows the issue, with their COO, Sheryl Sandberg spending much of her time on the recent 1st quarter earnings call discussing the topic of marketing and the importance of proving ROI to advertisers.

However, one thing that people can’t question about Facebook and its platform is the level of engagement and amplification of messages about brands that it delivers.

Since its launch last year, Facebook’s Open Graph has thrived, with companies like Spotify and Pinterest seeing explosive growth which can almost solely be attributed to the Facebook platform.

At TourRadar, we have also stepped into the Open Graph ring with our suite of Facebook Apps for tour operators.

A month ago we re-launched TourRadar and due to one change, we inadvertently disabled the Open Graph messages being published when people meet others on their tour groups before they depart via tour operator’s Facebook Pages.

We quickly realised our Facebook referral traffic didn’t look right after the relaunch, so we investigated and fixed the problem and literally overnight had a 10x uplift in visitor referrals from Facebook.

Our Most Amazing Tour competition (launched 6 August) has the Open Graph deeply embedded to its anatomy. Every single voting action on a tour (Like, Recommend, Wish List, I’m Going) publishes a message, if the user allows it, to their time line which appears in their friends’ news feeds and ticker – amplifying the messages about tour operator brands to friends and families of their fans.

Now, this may sound all rosy, but we have learnt quite a lot in the past year of what works, what doesn’t and the limitation of the Facebook Developer platform that is holding back even further success.

Over at TechCrunch, the head of Facebook product management, Doug Purdy, says:

“Facebook recognizes they can’t build all the social experiments, but they’re all about extending that virality to different verticals.

“There are many businesses we’re not getting into, and we want third-parties to do that for us.”

He adds that “the difficulty, is in balancing priorities, specifically between developers and users (with some advertisers in there as well)”.

This couldn’t be more relevant at the moment. As is often talked about in the media, mobile is being seen both as Facebook’s biggest problem and opportunity in terms of monetisation with more than 40% of usage now being from smartphones and tablet devices.

It is not just the monetisation of the mobile experience that Facebook is missing, it’s the overall user experience on mobile devices that just isn’t keeping up to speed with what the market is demanding. Let’s face it, the Facebook iPhone app is horrible.

Even on a brand new iPhone 4S, it is terribly slow to use and often just doesn’t work. I can only imagine how painful it is for people using an iPhone 3GS or lower. There’s been reports that Facebook are abandoning HTML5 in preference for a faster native iOs experience which should help.

And the problem extends even further to 3rd party Facebook app developers. Our experience at TourRadar with our apps – Tour Search, Tour Reviews, Meet Others and Tour Contests is that unfortunately none of these apps can be properly accessed from a mobile device.

If you visit a Facebook Page on a mobile app like an iPad or iPhone, it is not possible to view any of the other apps installed to that Page, except for Photos.

Therefore the user experience is greatly limited from what you get on a laptop or desktop. Through Facebook Page Insights we’ve seen that on some customer’s Pages our apps are often viewed more than the actual Page Timeline itself.

This shows us there is a clear demand by users for these ‘vertical-specific’ apps from the desktop computer, so why wouldn’t it be the same, if not more from mobile devices?

If Facebook doesn’t sort out this disparity between 3rd party app access on the web and mobile devices sooner rather than later, it’s going to have some pretty serious ramifications on their future:

As Facebook director of product management Doug Purdy mentioned to TechCrunch, Facebook can’t build in house apps for all verticals. It relies on 3rd party app developers to build innovative solutions specific to each vertical.

Even with $10 billion in cash reserves in the bank, it would not make sense for Facebook to put together a list of every single industry in the world and then build up their own in house teams of experts and professionals to create apps and social experiments around these verticals, just to find out which ones work and which ones don’t.

It makes more sense and is cheaper to have the 3rd party developer platform that allows anyone from any vertical (with deep knowledge and experience of that vertical as to what are the pain points) to develop apps. Where possible taking a % of any revenue generated via the apps or when they see an app hitting the sweet spot, like Instagram, they acquire it.

One mobile app to rule them all

Embed the 3rd party Facebook app experience so much into the Facebook iOS and Android app that a traveller in theory only ever needs to open one app on their phone or tablet – in particular when they’re travelling.

This seems to be the direction that Foursquare us going with its Connected Apps Platform – and Facebook needs to do the same.

What exactly do I mean?

On all smartphones today you need to give each of your favourite apps authorisation to provide you with ‘Location-based services’ or push notifications.

Facebook could be doing exactly the same, where the native Facebook mobile app would connect and provide to the 3rd party developer apps things like ‘location-awareness’.

Let’s use an example to illustrate what I mean:

I’m on a holiday visiting Cairns, Australia. I am a spontaneous traveller and have no fixed ideas of how to fill my day. I know I want to take a look around, maybe do something active in the afternoon and then eat some delicious seafood in the evening and tomorrow I want go to the Great Barrier Reef snorkelling. Why couldn’t I just open the Facebook App on my phone, where I have my favourite travel apps connected with my personal preferences saved for each app. The Facebook App detects where I am and then prompts me for what Points of Interest (POI) there are around me that it knows I would like… tells me which good seafood restaurants there are in the area in my price range and can tell me what good boat trips are leaving tomorrow (all of course with reviews of the POIs, restaurants and tours viewable from within the app as well).

Wouldn’t that be nice… all my messaging, keeping up with friends and family, uploading my photos to make my friends jealous and planning my travel all from one single mobile app.

Now, here’s the kicker where Facebook might finally be able to get its ‘Facebook Credits’ off the ground and used by people to buy real goods and services rather than just virtual ones. I think you can see where I’m going with this.

If I’ve found a reef trip that I want to go on, or the next hotel I want to stay at or the next flight down to Sydney using my favourite 3rd party apps from inside the one Facebook mobile app – why couldn’t I, with one click, purchase these products/services with Facebook Credits that is deducted directly from my credit card?

No frustrations of entering my personal details over and over again or shopping carts crashing – just easy, one-click commerce, like Amazon and Apple does so well with their platforms.

Wouldn’t taking a cut from the Facebook Credits being used to make real bookings with travel companies be a better way of monetizing the mobile channel than trying to work out how to squeeze advertisements into the news feeds of travellers?

Am I dreaming – or could the above be a reality if Facebook really do focus on mobile like they said they would at their last shareholder earnings call?