Looming icebergs, cute fur seals and clumsy penguins, miles of hushed quiet: This is what came to mind when I first learned I would be traveling to Antarctica with a group of people led by Sir Robert Swan and his son Barney Swan on the March 2018 ClimateForce Expedition with The Explorer’s Passage. What I wasn’t prepared for, however, was how intense the combination of Antarctic isolation, meeting almost 100 new people from extremely diverse backgrounds, and a crash course in climate change and policy would feel. 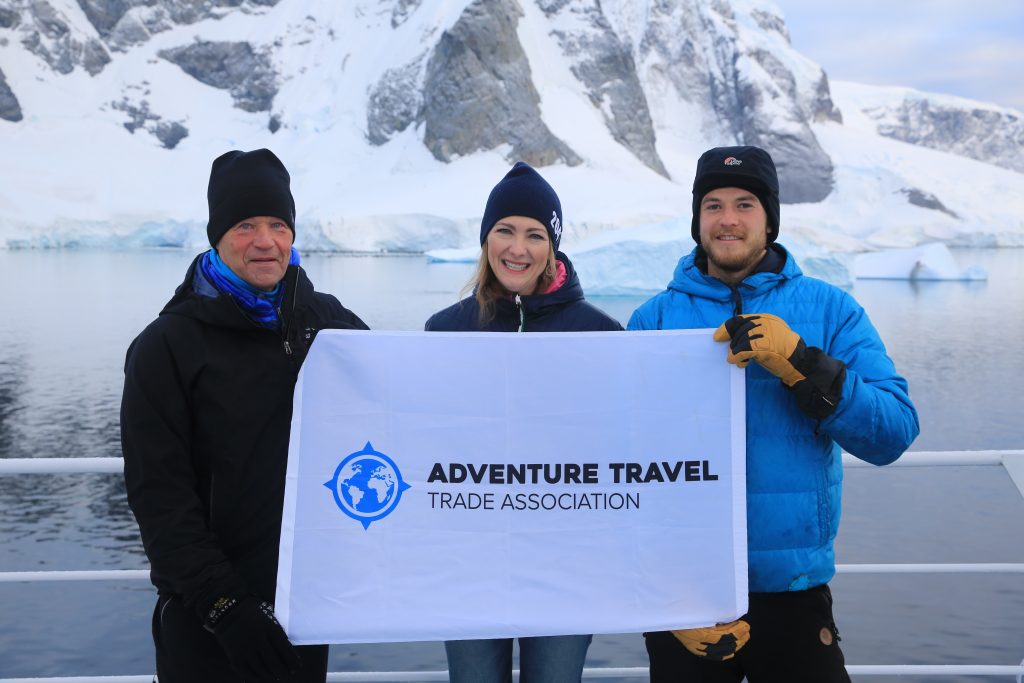 The first time I saw our Quark crew unloading the big, black rubber zodiac boats with cranes from the top of our ship, the Ocean Endeavor, a little shiver ran down my spine. It dawned on me what a full-scale production it is for a crew to maneuver hundreds of people safely off and on an expedition cruise ship into boats in sub-zero freezing water.

Out on the water, with the wind in my face, icy water splashed into my lap — I was drenched and totally exhilarated, even before I glimpsed any animals. Incredibly, what seems to be a vast empty map of space is teeming with life: Pods of penguins swam alongside us. Seals lay lumpen on their bergs — or stretching, or fiesty and playing — baring their teeth as they arched their bodies upward through falling snow. It was magical to sit just feet away from three humpback whales as they rolled and dove, feeding on krill next to our boat.

Back on board the ship, our team of 96 climate activists from 18 different countries spent parts of each day in lectures on climate change and the energy system, and learning about whales, birds, seals, penguins, and, perhaps the most important animal of all, krill, from a range of experts. 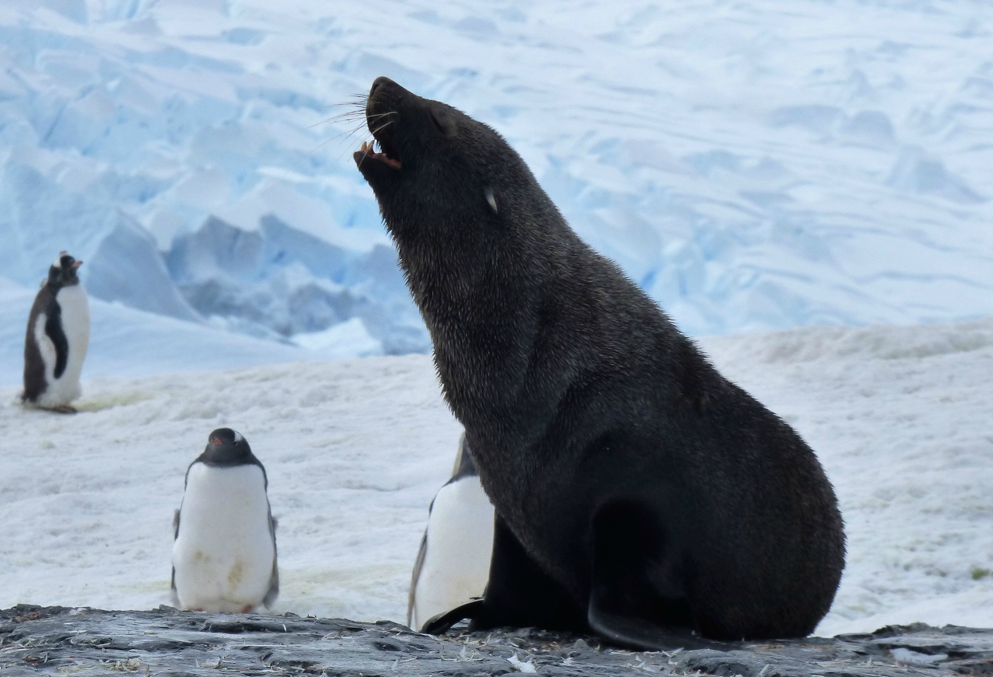 Although penguins are sometimes eaten by seals, they are frequently seen together as they are here on Danco Island. © Dani Plumb

What does Antarctica have to do with climate change? As an ecosystem, it surprised me to learn how influential Antarctica is in the daily lives of animals and people thousands of miles away. For example, Antarctica holds 90 percent of the world’s freshwater stored in its ice. As the Earth’s temperature rises and Antarctic ice melts, sea levels rise, which significantly impacts coastal communities. I learned how important it is that our current energy system — the system by which we power homes, industrial processes, and transportation — transitions to renewable energy to reduce carbon emissions as soon as possible. I had no idea that every five or six fills of my car with gas produces one ton of carbon dioxide! Listening to these facts while looking out the window at towering icebergs made a powerful impression on me.

Antarctica exists as it does today because of a treaty that will be up for renegotiation in 2041. This treaty, accepted by 53 nations, protects Antarctica as a place for science and peace and helps regulate activities there. Tourism to Antarctica can help people understand and feel its importance for our collective health on Earth, hopefully sparking some love that will motivate people to engage when the nations of the world renegotiate the treaty a few years from now. Greenpeace recently launched a global campaign to turn a huge tract of the seas around the Antarctic into the world’s largest sanctuary, protecting wildlife and helping the fight against climate change. Up for discussion in October 2018, this proposal has the early support of the United Kingdom and several other countries but will need the support of many more to accomplish its objectives. One of these objectives is to limit the krill fishing industry, which has strong commercial ties in Norway, China, South Korea, and Russia. 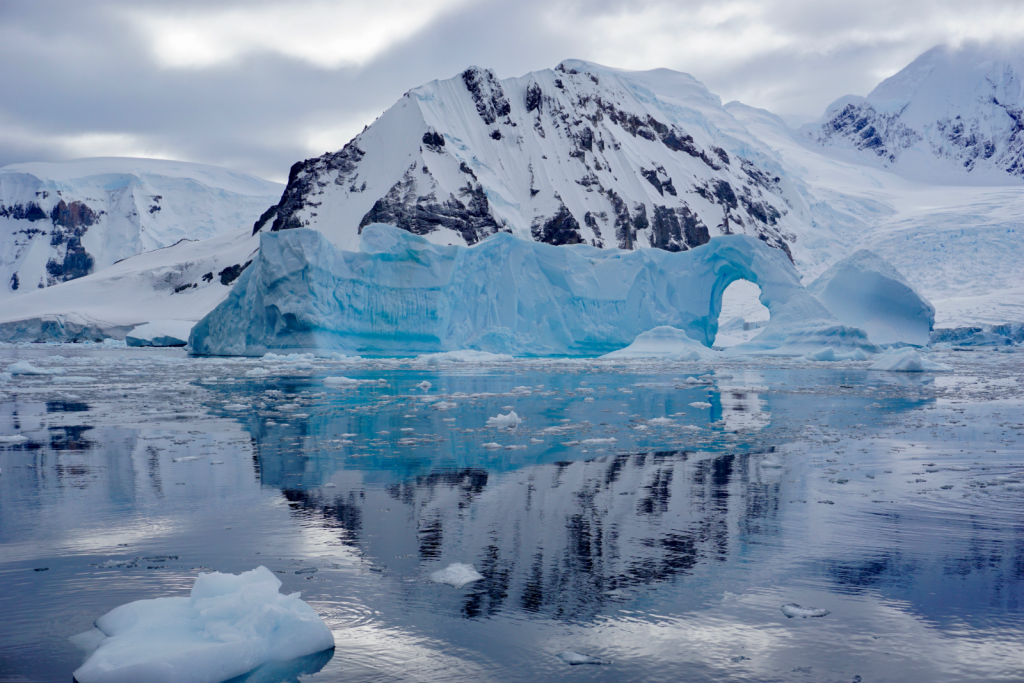 Danco Island was the location of the British research Station O, active from February 26, 1956, to February 22, 1959, with the intention of surveying and studying geology. © Wendy Gediman

Like most people on the expedition that I spoke with, the urge to quote and/or write poetry became nearly insurmountable after the first five days. I found myself repeating in my head the last lines of Mary Oliver’s “The Summer Day”: “Tell me, what is it you plan to do with your one wild and precious life?” While I do not have the full plan for my one wild and precious life sorted out just yet, I can say in the short weeks since returning from Antarctica I have felt enthusiastic, hopeful, and energized. I’ve started the process of figuring out how to make our home in San Francisco carbon neutral and joined the Adventure Travel Trade Association’s (ATTA) climate action committee, working on a range of initiatives to leverage our professional network.

I’m taking the encouragement extended to everyone on the expedition to heart: Think big, get started, foster teamwork. Change is possible! It starts with the connections we have to each other, the ways we inspire each other and help each other to action. If you have a story to share or are part of a project working in this area, please post it to the Climate Action discussion board on the Adventure HUB.

1 Comment to One Trip to Antarctica, A Lifetime of Lessons