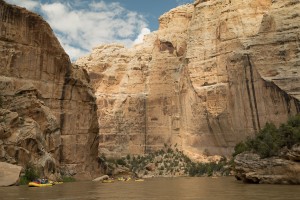 Angels Camp, CA — Veteran river outfitter, O.A.R.S., is pleased to announce the release of a new film, 62 Years, set on the legendary Yampa River. The film by Logan Bockrath is all at once a story of a father and son, a tribute to preeminent conservationist David Brower and the dawn of the modern environmental movement, as well as a call to action to confront the looming water crisis in the American West.

The last time Ken Brower traveled down the Yampa River in Northwest Colorado was with his father, David Brower, in 1952. This was the year his father became the first executive director of the Sierra Club and joined the fight against a pair of proposed dams on the Green River in Dinosaur National Monument. The dams—a big one at Echo Park and a smaller one at Split Mountain—would have flooded the canyons of the Green and its tributary, the Yampa, inundating the heart of Dinosaur National Monument.

With a conservation campaign that included a book, magazine articles, a film, a traveling slideshow, grassroots organizing, river trips and lobbying, David Brower and the Sierra Club ultimately won the fight—ushering in a period many consider the dawn of modern environmentalism. Sixty-two years later, Ken revisited the Yampa and Green Rivers to reflect on his father’s work, their 1952 river trip and how we will confront the looming water crisis in the American West. 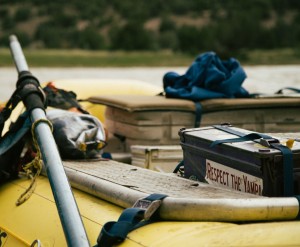 “When my father and his faction won, it was the first time in American history that a group of citizens had stopped a big government project,” Ken Brower said. “This victory brought the Sierra Club and my father into national prominence and it served as a template for his successful fight, a decade later, against two dams proposed for Grand Canyon.”

The Yampa River in Northwest Colorado is the last major free-flowing river in the Colorado River Basin. Because of its wild nature, the Yampa and its canyons provide refuge for endangered species and offer unparalleled recreational opportunities. It is also because of this that the Yampa continues to be a target for water diversion as supplies diminish throughout the Colorado River Basin. That’s why O.A.R.S. is teaming up with American Rivers on this film to urge key decision makers to continue to safeguard the Yampa for future generations.

“Words cannot adequately describe the Yampa Canyon through Dinosaur National Monument, nor can pictures capture its grandeur,” said Amy Kober, Senior Communications Director for American Rivers. “We need rivers like the Yampa — to remind us how rivers are supposed to function, to demonstrate that it is possible to sustain agriculture while protecting endangered fish and recreation, and to help us improve the management of other rivers in the Colorado Basin.” 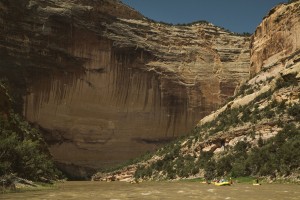 When asked about the film, O.A.R.S.’ Director of Marketing, Steve Markle, said: “Conservation is a fight that’s never over. We owe a debt of gratitude to environmental heroes like David Brower and Martin Litton for the work they did in the 1950’s & 60’s to protect our rivers. But today in the West, we are facing a looming water crisis and the Yampa and the Colorado River Basin are at the heart of it. Ensuring the ongoing protection of wild rivers like the Yampa is crucial now more than ever.”

62 Years will premiere at the 2016 Wild and Scenic Film Festival in Nevada City, CA, taking place January 14 to 18. O.A.R.S. will release the film online to the public on Tuesday, January 19. For more information on the film and to take action, visit: 62YearsFilm.com.