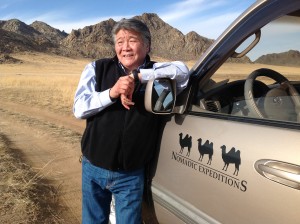 BERLIN – The World Legacy Awards were launched today at ITB Berlin, a groundbreaking collaboration between two giants in the world of travel. With a mission of “inspiring people to care about the planet,” the National Geographic Society reaches more than 500 million people worldwide each month through its magazines, television, books, radio, maps, exhibitions, expeditions and online, tablet and social media platforms. ITB Berlin is the largest travel gathering on the planet, attended annually by nearly 200,000 delegates.

The World Legacy Awards will showcase the leading travel and tourism companies, organizations, and destinations—ranging from airlines to ecolodges and from cities to countries—that are driving the global transformation of the travel industry based upon sustainable tourism principles and practices.

The awards are in five categories:

Biodiversity Conservation Award: Recognizing outstanding support for the preservation of nature, restoring natural habitat and protecting rare and endangered species, whether on land or in the oceans.

Keith Bellows, senior vice president and editor in chief of National Geographic Travel Media, said, “For more than 100 years, National Geographic has supported more than 11,000 scientific, conservation and exploration projects around the world. We believe that travel, when planned and managed well, is a critical tool to protect and preserve the world’s most valued treasures. The World Legacy Awards recognize the visionaries who are creating fresh and important advances in sustainable travel. We believe ITB Berlin is a perfect fit with National Geographic — and a powerful partner in this initiative.”

The Call for Entries for the World Legacy Awards will start on June 1, 2014, when applications can be submitted for review by an expert judging panel led by Costas Christ, chairman of the World Legacy Awards and one of the world’s foremost experts on sustainable tourism. The awards ceremony will be held at ITB Berlin in March 2015.

Dr. Christian Göke, chief executive officer of Messe Berlin, said, “As the world’s largest travel trade show, with a strong commitment to promoting corporate social responsibility and sustainable tourism best practices, we are delighted to partner with National Geographic Travel on the launch of the World Legacy Awards at ITB Berlin.”

In addition to being recognized on stage at ITB Berlin during the March 2015 awards ceremony, winners and finalists of the World Legacy Awards will be featured in National Geographic Traveler magazine and other National Geographic media reaching a global audience.

Jalsa Urubshurow, a founding partner sponsor of the awards and CEO of Nomadic Expeditions, said, “Like millions of other people, I grew up reading National Geographic magazine and watching travel documentaries, including those about my ancestral homeland of Mongolia. I can think of no better honor than to be a founding partner sponsor for these prestigious travel awards.”