Exodus Travels commissioned OnePoll to survey more than 2,000 passport-carrying Americans over the age of 50 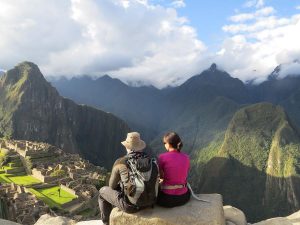 With nearly half a century of helping travelers see the world differently, explore the unknown and discover the places that fascinate them, award-winning Exodus Travels knows first-hand that age is only a number when it comes to adventure travel. Keen to compare their database insights with the general population, the leading adventure tour operator commissioned external market researchers OnePoll to survey 2,000 Americans about life after turning 50. The new data confirms an important trend Exodus has been observing for some time now: Americans gain a new lust for life after 50 and traveling abroad is the number one experience they are seeking out during this self-described ‘second-wind.’

“This new research reaffirms that age is not in any way a limitation to adventure travel,” said Robin Brooks, Exodus Travels’ Marketing and PR Manager. “If anything, the older we become, the more likely the timing for your trip of a lifetime is to be had, whether it is learning to make pizza in Italy, hiking the Inca Trail in Peru, seeing elephants on an African safari or cycling through Thailand and Vietnam.”

The survey revealed that travel was a leading contributor to this renewed zeal. One in three Americans surveyed found their second wind after an inspiring travel experience, while one third of respondents confirmed they have become more active overall since turning 50 – an insight that may open the door to more active travel opportunities in the future. 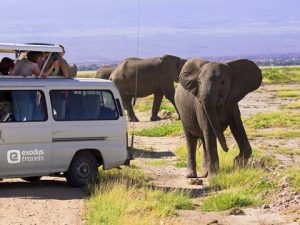 More than 80% of Americans surveyed said that travel is more important to them than ever before and one third have booked a trip of a lifetime since turning 50 – a number that increases the older the respondent becomes.

“We have more than 600 cultural, walking and trekking, cycling and responsible wildlife tours to 100+ countries worldwide at all physical levels and age is rarely a determining factor when someone is looking to take their trip of a lifetime,” said Brooks. “For some people, a bucket list trip may be anything from hiking to Everest Base Camp, seeing the Great Wall of China, following Darwin’s footsteps in the Galapagos, or island-hopping in Greece. Whatever your interests and abilities are, it is never too late to broaden your horizons, try something new and explore a new destination.”

While three quarters of respondents said travel has already played an important role in the life so far and influenced who they are, almost 90% said there are still plenty of destinations they’ve yet to experience that are on their must-see lists, some of the most popular included Australia, France, Italy, Germany and China, as well as the Galapagos, Patagonia, and India.

Many survey respondents said their new lease on life has ignited a passion for experimenting with different cultural cuisines. “Culinary tourism is booming, and we have an inspiring collection of local food-focused trips to diverse destinations like Italy, Portugal, Vietnam and India,” said Brooks. 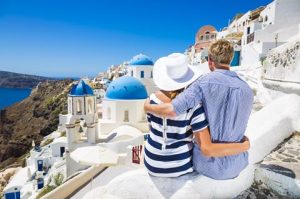 Furthermore, there has been a significant trend in multi-generational travel over recent years, and Exodus is adding new family-friendly trips to meet the growing demand. The new research revealed that nearly 70% of Americans over 50 find themselves vacationing with family as part of their renewed energy.

“All of Exodus’ adventures and specifically our family departures are perfect for everyone in a clan from younger children, pre-teens and teenagers to aunts, uncles, great-grandparents and everyone in between,” said Brooks. The telling research confirms the positive effects travel has on people in all stages of life.

“We are honored to inspire travelers of all ages to discover the places that fascinate them, get out of their comfort zone, see the world differently and achieve a personal goal while supporting and protecting the communities and environments they visit – it doesn’t matter if you’re nine or 90, the wonder of the experience of adventure travel has no age limits,” Brooks noted.

When making travel decisions, the top 5 factors are: