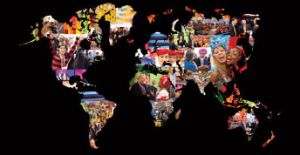 The five SLIMMA nations have been identified by the industry as the countries to rival the BRICS – Brazil, Russia, India, China and South Africa.

More than 1,000 buyer members from the WTM Meridian Club and exhibitors at this year’s event were polled about a number of issues affecting the tourism industry, giving the report a unique global perspective.

When asked which countries have the potential to rival Brazil, Russia, India, China and South Africa, the five SLIMMA nations emerged as the global favourites.

Sri Lanka, the survey found, has inbound potential as the nation invests in its infrastructure as it emerges from decades of civil strife. Its natural beauty, in particular its picturesque beaches, is also identified as a key attraction to global tourists.

Indonesia could provide a significant outbound market. The population is young and the growth of a generation with a relatively high disposable income will provide openings for outbound operators. For inbound, the variety of its landscape, and the vast number of unexplored islands, will appeal.

Another Asian nation in the frame is Malaysia. It is seen as a typical Asian destination with a more Westernised feel than many nearby countries. Its government has identified tourism as an important part of its economic development, and has already launched aggressive marketing campaigns in Europe, the US and other key markets in Asia.

The South American subcontinent is represented by Mexico and Argentina. Mexico has an established tourism industry driven by its proximity to the US.  It continues to invest in its infrastructure to grow its inbound business, while disposable incomes are quite good. Both inbound and outbound tourism potential is helped by a generally low tax regime for investors, visitors and its population.

Finally, Argentina has the benefit of being a new destination on the global tourism map. It is one of the few major economies in the world to be seeing strong economic growth, meaning it has more flexibility on pricing than many destinations.

Reed Travel Exhibitions Chairman World Travel Market Fiona Jeffery said: “As important as the BRICS nations are now, and will be in the future, there are other emerging countries for the travel and tourism industry to look at.

“The SLIMMA nations – Sri Lanka, Indonesia, Malaysia, Mexico and Argentina – are the ones the industry has identified as the nations to look out for both inbound and outbound tourism for a variety of reasons including investment in infrastructure, natural beauty and high disposable incomes.”