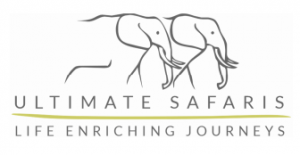 Given the current Ebola crisis threatening Conservation Travel to Africa, especially Southern and East Africa, we at Ultimate Safaris have prepared a fact sheet and more information on NAMIBIA AND THE EBOLA SCENARIO. We are hoping that this document can assist the trade with enlightening potential travelers to Namibia on the real facts regarding travel to Namibia currently, which is complete Ebola free, always has been, and continues to be so. In addition to this prepared document, Ultimate Safaris has also worked together with their suppliers in Namibia to provide supporting booking conditions in these uncertain times.

The Ebola pandemic in West Africa has caused media frenzy around the world, resulting in a general loss of perspective with regards to travel to the rest of Africa, especially southern Africa. ‘Conservation Travel’, a form of responsible travel to conservation orientated destinations such as Namibia, is essential to the sustainability and conservation of such a destination and, in times where world poaching and the general decimation of species worldwide is at an all-time high, a slowdown in Conservation Travel would be a hefty blow to our efforts towards these ideals.

This document is an attempt to equip you, our trade partners, with some facts about Ebola from a Namibian perspective which can be used to educate and convince potential travelers of the implications of their decision over whether to travel or not during the current situation concerning Ebola.

Here are some hard facts:

More infographics are found on below link, as well as more info on our revised cancellation policy.

Namibia and the Ebola Scenario

Namibia should be on the bucket list of any intrepid world traveller, who shouldn’t be deterred by the fear mongering of international media.